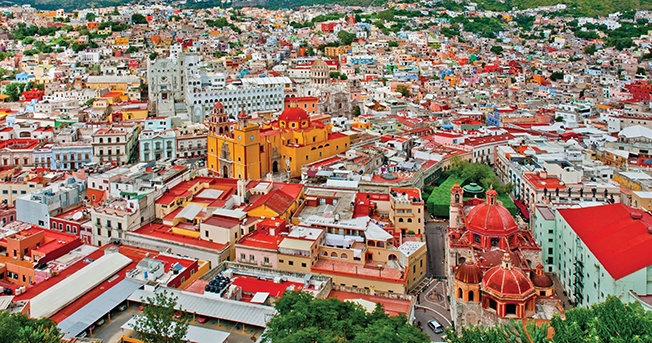 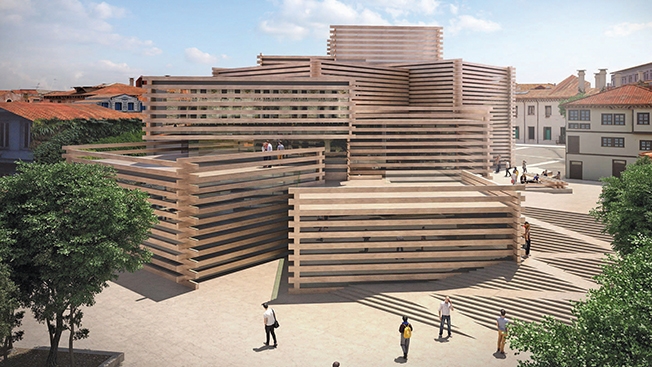 The ostensibly stacked building fashion particularly characteristic of archi-stars, often expresses a formal cover for planning distress. One reason for this spreading, not necessarily required phenomenon is that today, when nothing organized can surprise, architects who feel obliged to meet expectations seek ideas that will give their building the image of accumulated construction that has developed over time. The problem is that there is a significant difference between an ongoing stacking, which reflects a random, gradual assemblage, and artificial stacking, which reflects a response to a specified need. That is – an almost converse situation: While the latter expresses unrelated creative intentions, the former relates to a practical and clear design.

One can learn about the difference between stacking that occurs over time and pseudo stacking that takes place on an architect’s table, from the Montage Technique developed at the beginning of the twentieth century by the Russian film maker, Lev Kuleshov. The technique, which has infiltrated many other creative spheres, was based on the editing of random events taking place on different occasions, in order to evoke spectators' emotional responses.

Designed in 1983 by Bernard Tschumi, the Montage Technique inspired the gradual development of Parc de la Villette in Paris which was built over a period of 15 years with structures and additions designed by different creative artists. Here, Tschumi’s intention was to enable unknown needs to gradually express the spirit of changing times, a design that brought him world-wide fame and convinced him to keep implementing the technique in different variations, making the method his architectural trademark (see AI # 114).

While gradual stacking expresses an organic growth similar to a coral reef, the overly precise pseudo stacking prevents future adaptation, which in fact constitutes the motivating force of architecture in general and urban architecture in particular, most accurately defined as: "A place where one can find oneself, but yet, get oneself lost" (AI # 70).

The argument here is, whereas sustainable architecture has the capacity for adapting to changing situations over time, pseudo stacking is non-sustainable.

Why then do architects tend to design forms that look like a stack but don’t behave like one?

The answers, in order of importance, are: To exploit the era’s freedom of expression with no limitations; to provide a functional system with formal expression in order to be perceived as a Modernist who implements the cliché "form follows function"; to integrate their new building into the organically developed urban environment; and, primarily, to avoid being a bore.

However, bearing in mind that before the designers’ legitimate ambitions, always stands a user and, in the case of gradual stacking - many users, who are forced to wear the "new clothes" of an architect, who is obligated to the entrepreneur who believes that what looks "different" probably costs "different"!.

The mistaken idea whereby authentic, chaotic-like systems involve spatial ambiguity was negated by Chaos Theory, which maintains that chaotic systems are organized according to environmentally dependent, predictive and decrypting textures and, therefore, any anticipated changes are minimal.

Moreover, based on a dictionary of variables, the "chained hashing algorithm" (stacking tables) developed since the 60’s, enable the reduction of long inputs, making them more compact, very much like today's popular google url shortening.

The most concrete example is the science of statistics whereby completely random events can be predicted, due to the fact that anything in the universe is based on Golden Ratio (check me) such as the fixed ratio between the number of males and females, even when there is no visible, circumstantial, mutual dependency.

A more concrete example can be seen in the perfect order of a round container of toothpicks, which self-orders in a fractal fan merely due to the fact that golden ratio prevails.

Online reality has changed our life style, casting a shadow over the achievements of architecture that fails to adapt to it. Many spaces are abandoned as a result of online lifestyles – from filling out forms, paying via the mobile, orientated via WAZE, parking with PANGO, to working on a laptop.

In this context, one should strongly condemn municipalities for still being hostage to irrelevant legislation – some of this over 80 years old, the worst of which is the Expropriation Law that mercilessly violates individuals’ property rights in the guise of public interests. Based on the British Land Ordinance passed in 1943, when Churchill was Prime Minister of Britain, the law was used to implement the United Kingdom’s colonization of half the world.

Statutory systems are still burdened with irrelevant master-plans forcing architects to adhere to anachronistic technologies, such as roof tiles that are thousands of years old, or uniform sign posting lacking in unique dimension. All are controlled by offensive bureaucrats with neither planning experience nor connection with reality.

Progress admittedly has a price and, like any short-cut method, the solution becomes part of the problem, when natural stacking that is supposed to express events, identities and random connections, is replaced by instant products that express the creative urges of the architect, neutralizing the random dimension that provides architecture with its dynamicity, its human dimension, and joy of life.

In an online reality where everything is exposed, controlled and monitored by cameras and sensors, architecture has an even more crucial role - on the level of the place, community, and particularly on the level of individuals, who have lost whatever privacy they once had.

And instead of confining architecture in design limitations, laws and regulations, diversity should be allowed to break the frozen monotony expressed in spatial uniformity that stems from indiscriminate construction lines. Moreover, one of the most blatant problems in terms of available building areas is that today it is impossible to design the inner courtyards that were once a distinct feature of Mediterranean Architecture. Over and above the fact that courtyards provide protection from extreme weather changes, they constitute a private domain where one can do as one pleases.

In light of a severe housing shortage, most building today is housing related, where the final user is completely anonymous, and changes or personal adaptations are totally forbidden, so as not to violate the “sacred” uniformity of design.

In this context, it is surprising that recent amendments to the Planning and Building Law were primarily meant to grant unlimited power to local municipalities at the expense of individual freedom and property rights.

Caught between limitation and desire, the ordinary citizen finds it difficult to express his wishes, trying to do so immediately after the occupancy stage, if at all.
And in this reality, the municipality, meant be serving the public, becomes its number one enemy, and evidently most legal budgets are directed against residents, who ironically fund them out of their own pockets.

And in conclusion, with the stacking situation expressing limited creative intention, it seems that synthetically piled up buildings will continue to prevail over organic architecture, that once expressed open and random creative intentions.