THE IMAGE IS IN THE BUILDING 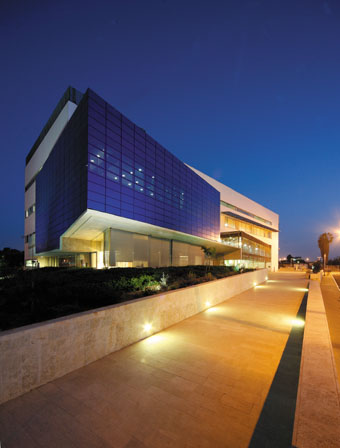 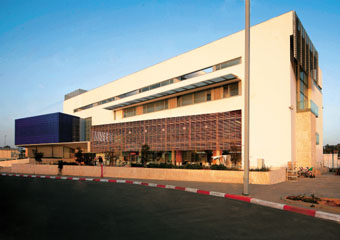 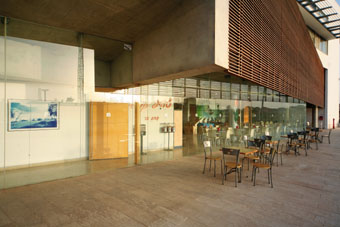 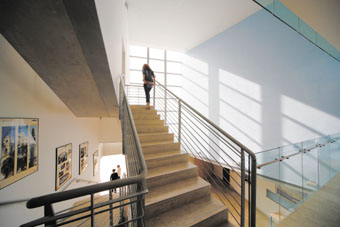 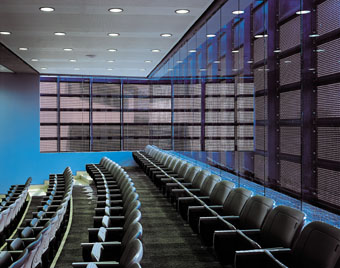 The Behavioral Sciences Building provides an infrastructure image of the new campus. The well designed structure exhibits a prevailing phenomenon that many colleges are experiencing in their upgrading from a school to an accredited academic institution.

This new image is expressed in the building mainly via three essential functions: a rich library, a spacious auditorium, and an attractive cafeteria which forms an  arena for social interaction - the heart of every academic campus. The three elements outwardly project the desired student-life behind the walls.

Since the campus buildings were already laid-out from north to south in the master-plan, the orientation of the classrooms was predetermined to east and west, necessitating appropriate shading devices. These skillfully became a leitmotif of the design.

The building was organized functionally with the classrooms located on the ground floor, near the cafeteria; on the first floor - the library and auditorium; and on the second one - the labs and offices. Staff offices are organized around courtyards on the roof, from which the city is viewed.