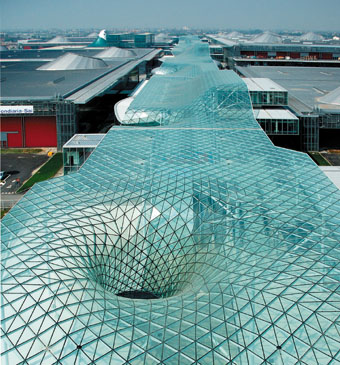 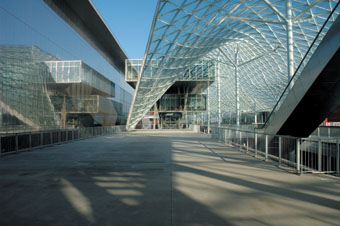 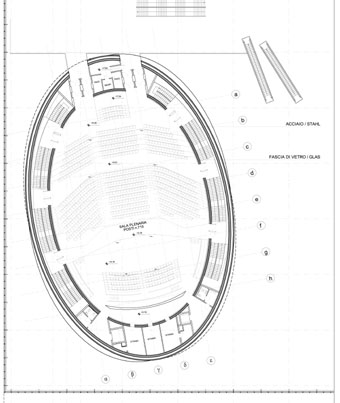 As Curator of the 7th Architecture Biennale held in 2000, Massimiliano Fuksas copy wrote the slogan “Less esthetics, more ethics”. The promising motto seemed more than appropriate in the computer world where architectures most prominent feature is formal esthetics, especially in the context of one of the worlds most regarded showcases. However, the projects displayed in the Biennale, as well as those built afterwards, have expressed the exact opposite - that esthetics is still the entry card into the architectural “elite club”.

As one of the most famous architects and theoreticians in the world, Fuksas’ CV is decorated with many titles: member of the academies of Paris, San Lucas and Sophia, and an honorary member of the AIA. Nonetheless, the reality of his dictum did not skip even over him. His recently completed Milan Trade Fair has received great accolades, especially for its flagrant esthetics.

The impressive and enormous project (though planned and built in only three years) uses technology efficiently, without depriving the architectural product of its functional capabilities. At the core of the project is a central pathway covered by a lava-like glass veil, which leads to the exhibition areas, a service center and the fairs offices. The two entrances, at either end of the pathway, enable better orientation within the huge complex.

The allocation of the attractive fair on the outskirts of town may provide a catalyst for further development of the whole area.