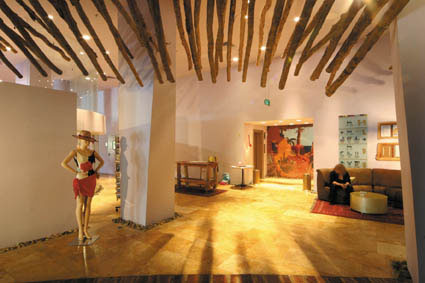 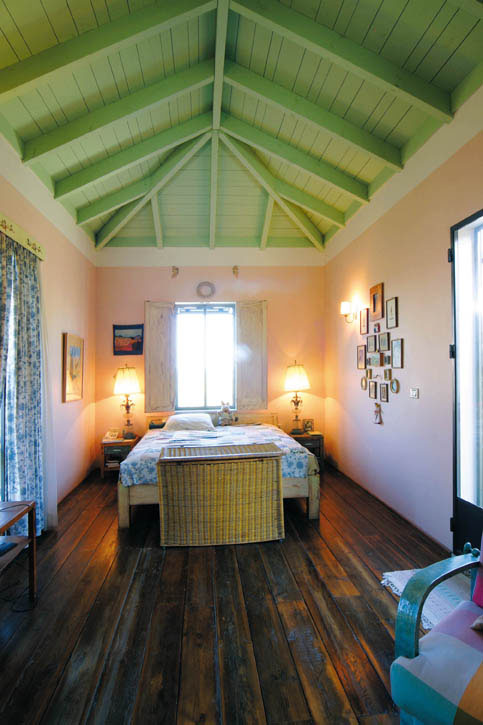 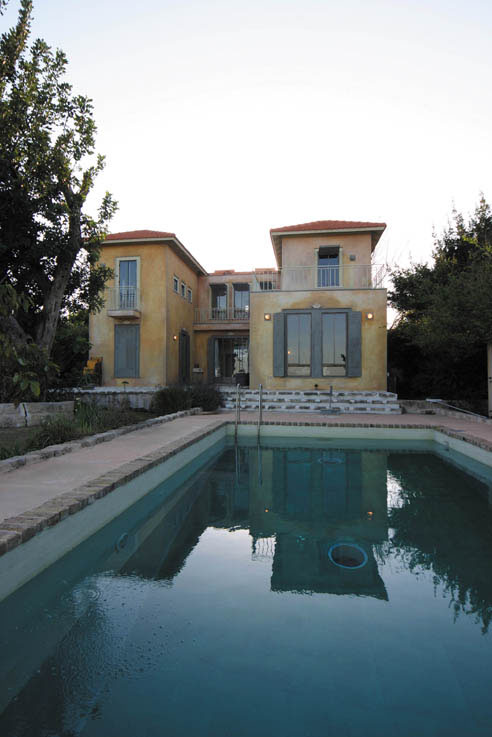 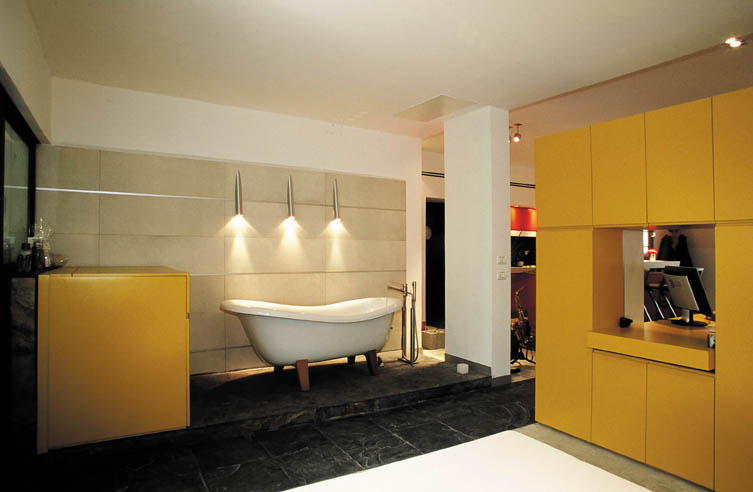 Minimalist Versus Saturated According to Chaos Theory

The prevailing model which defines boundaries of responsibility between planners often creates a confusing dichotomy, one that is detrimental to viewing the building as a coherent entity. According to this division-of-labor paradigm, architecture is any permanent part of the building intended to arrange the relationship between inside, outside, and the spaces it defines; interior architecture consists of all permanent elements of the building affecting the experience of space (openings, stairs, columns, beams); and interior design entails all the non-permanent elements which affect space - furniture, colors, wall coverings and artwork.

Like any other field of design, architecture consists of a bipolar conception of space: the minimalist approach that is based on a basic pedantic conceptualization, and, conversely, a saturated perception which lends space an elaborate dimension. Between these two are an endless spectrum of situations. The question that arises is whether minimalist spaces constitute a final situation which should retain the 'clean' look over the span of time, or whether they should, and are able to, act as passive backdrops of other expressions that develop over time according to the users needs.

Chaos Theory, defining order in complex and dynamic systems, may be used to shed new light on the relationship between the building and its functions, at least from the users point of view.

The modern version of Chaos Theory was formulated in the early sixties by weather forecaster Edward Lorenz. However, concrete evidence defining order in seemingly random situations already appears in s theory of evolution, and in astronomer Henri Poincares work entitled 'Movement of the Stars'. Advances in computer technology during the seventies and new interpretations of Quantum theory enabled further implementations of Chaos theory, and allowed the further development of numerous dynamic approaches in various disciplines, including sociology (Michel Foucault), language (Noam Chomsky), and architecture (Christopher Alexander).

The issue relevant to design was first discussed by Mitchell Feiginbaum in his study of the transition route to chaos. In this study he defines the point at which a system tends to collapse into chaos; or in other words, the stage where the number of laws acting upon a system causes it to approach the point of saturation.

The most rigorous and relevant work in this field was done by Bill Hillier of the Bartlett School of Architecture and Planning, University College, London. Hillier claims that social meaning can be inferred from spatial arrangement - syntax. Thus, the importance of other language factors - semantics (meaning) and semiotics (signs), is negligible. In other words, the relationship between architectural components is more important than their elaborated characteristics.

The major advantage of the Space Syntax theory, considered a breakthrough in architectural thought, is its ability to categorize singular mutations according to universal principles. This, however, is also its inherent weakness in that it totally ignores a wide spectrum of architectural expression such as aesthetics, form, and harmony - factors considered basic planning tools in traditional architecture, or (as in this case) factors that differentiate between 'architecture' and 'interior design'.

As an example of Hilliers theory, one can imagine a round box of sticks that possess tangible order, despite having been thrown in randomly (Figs 1, 2, 3). According to Hilliers thought, the genetic code describing this morphological form is short, since it is dictated by only three variables:  the round section of the stick, the round form of the box, and the number of sticks thrown in. If we add Hilliers assertion to Feiginbaums principles, the addition of more variables will lengthen the genetic code and place it closer to the critical point of collapse into chaos.

This unique view does not support either of the options, but rather pinpoints the problematic nature of a strict minimalist approach. Moreover, it emphasizes the chasm that exists between the planners vision and the users perception. While the common interpretation of a minimalist system refers to a final condition that keeps a 'clean' facade persistently, Chaos theory sees minimalist design as a point of departure which allows future, random developments. Saturated design, however, does not allow for further interpretation, and is thus less resilient to future changes.

To clarify this dichotomy, one can imagine the process of moving into a new dwelling. At first, there is a vast amount of freedom to chose the content, form and location of furniture, while at later stages (sometimes over years), when the space is saturated, there is little room for further artistic expression.

The examples depicted here exhibit four points on the spectrum of minimalist versus saturated design: a minimalist renovated flat; a house with elaborated design; a minimal yet inflexible design implemented in a renovated hotel; and a restaurant with symbolic emphasis on architectural details.