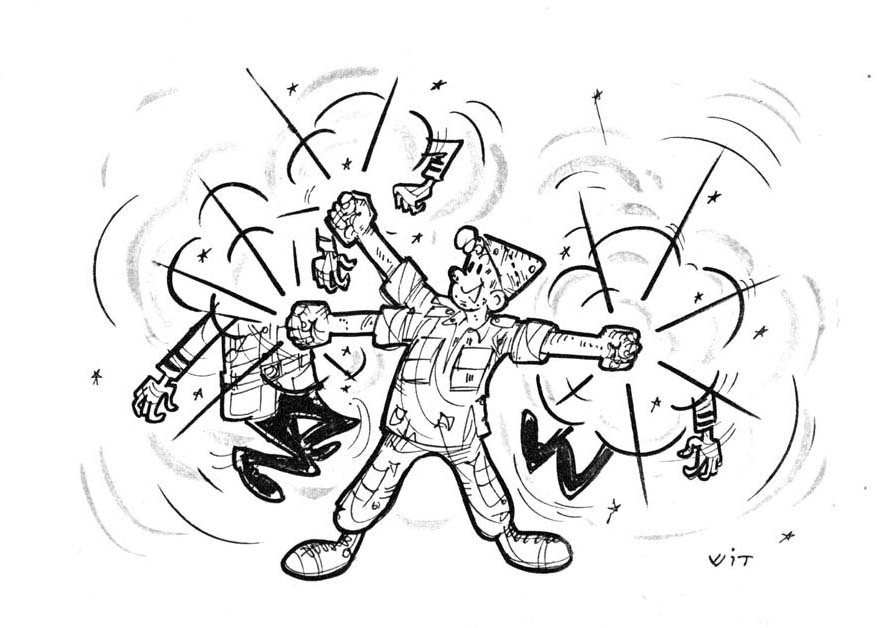 It seems as if your three months of absence have flown by. Its hi-tech thats all to blame, as grandma always says.
Once it used to take 24 hours for a day to pass; now a week flies by in a second. Once we knew much less, but it was enough. Today we know much more, but were always waiting for the next thrill. Once we were told that the refugee problem was theirs, because the land was given to us by God; today even God knows we have to be more flexible. Once the media used to report real events; today it is the media that creates them.

Do not worry, my friend, Im not about to get carried away into the all too familiar political sewers; its just that I have an idea Id like to tell you about. It draws its legitimacy from the fact that we are dealing with houses, and my motivation - from a joke I heard on the radio (as I have not yet upgraded my mobile to viewing TV).

Its a well known fact that El Al pilots know they have landed only upon hearing the traditional clapping, but only pilots know that the take-off, too, depends on the passengers. And so it goes: the plane gains speed until, at a certain point, when the passengers are sure the plane is heading straight for Or Yehuda, they start shouting in panic.
Then, as if an act of divine intervention, the enormous aircraft gently lifts above the earth, performing a left turn as a gesture of gratitude. The less known part, however, is that upon take-off the copilot says to the blind captain, 'One day theyll shout out too late, and that will be the end of it.'

Reserve General Oded Tira, responsible for the evacuation of Yamit in 1982, says we must demolish the former residents abandoned houses to spare the already defeated evacuees the additional punishment of seeing terrorists settling in their houses. Tomi Lapid says we must demolish only the synagogues to prevent them from building mosques there instead. Mophaz simply thinks that demolition would be stretching the Ministry of Defense budget, and might also damage his chances of becoming the next Prime Minister.

Dear brothers, why destroy when you can build?! Be rational. The average area of each of the 80,000 evacuated houses is 160sqm + an acre of greenhouses. The average size of a 12 member family in a refugee camp is 28sqm. If we divide (prior to their demolition) each house into 12 single apartments, well have solved the refugee problem in the Gaza Strip, and the world will finally let us disengage from Nablus as well as from the Hebron casbah.

As for the settlers feelings: guys - think positively - how much joy you would be bringing them, how many blessings you would get from us.
After all, all of you are good hearted Jews who are well familiar with the concept of mercy and empathy. You have learned all your lives that he who saves one soul has saved a whole world. I know that it isnt you who has settled in the former evacuees houses for 55 years now - throughout Jaffa, Jerusalem, Haifa, Ramat Aviv and God knows where else. But were all in the same boat; arent we all paying the price, those who live in Jaffa, Haifa, Jerusalem and even Ramat Aviv? Think about it - soul searching has more to do with what youve done to anothers soul than to your own. And this could and should be done every day. You dont have to wait for the next Yom Kippur 'thrill', it is already here.

P.S. Statistics are not nearly as important as sincere intentions.
Lets not give anyone the opportunity to say this time we shouted too late.