Amongst Other Off-The-Shelf Items, Dialogue with Zeev Drukman 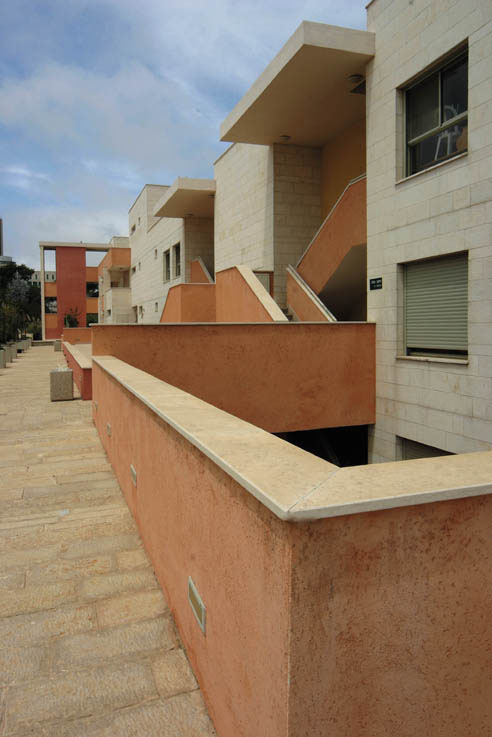 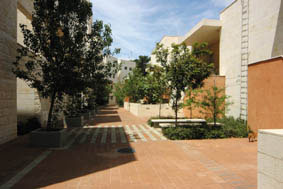 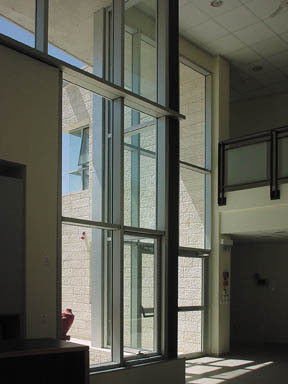 Amongst Other Off-The-Shelf Items

Prof. Zeev Drukman held the position of Dean of the Bezalel Faculty of Architecture for twelve years. During this time the faculty underwent a complex process of accreditation, becoming the second institution in to accredit architects. The importance Drukman placed on the public realm of architecture, and the location of the school in elevated urbanity to the center of the syllabus, somewhat diminishing the importance of technology. Upon completion of his term two years ago, attempts were made to rethink the curriculum and bring technological aspects to the center of the agenda. However, lack of pedagogic depth and a stalemate view of the reality of architecture led the school to a state of theoretical shallowness.

My dialogue with Prof. Drukman was held within this context.

What did you mean by your statement that it was very difficult to maintain an academic environment in the ?

“Architecture is an academic domain that initially deals with culture, connected to the humanities in the same manner as literature and philosophy. At the same time, the question hovers constantly whether to place architecture amongst the arts or within technical studies. In the current state of architecture, academic topics hold little importance.

And yet it is taught in academic institutions…

“That is precisely the problem. Anyone not perceiving this is kept out of the academic discussion, which is the essence of the university. The topic of a house adjacent to a field may include the notion of the house expressing the  implicit existence of the field, in addition to its own existence. The nature of such questions is general rather than specific. Only once this is understood can the process continue toward realizing a three dimensional interpretation, which is the architects planning tool. Students should be taught how to distinguish between these two aspects during the five years of study.

Is this not achieved within the studio framework?

“Those who set up the program consider the studio to be a place where one learns how to erect a wall or plan a drainpipe. In my view, the studio is a place to exercise provocative thinking that challenges with the most difficult of questions. Rather than to emphasize how a hostel or hotel should look, the studio should study the meaning of a hostel or stadium.

Maybe those who think differently are right?  After all, the grave problem of realization faces every faculty of architecture...

“I dont deny the need to practice case studies, but only after the more general issues have been addressed. The studio program needs to initially be an intellectual experience. Tutors need to take their students to places they themselves have never experienced. They should not only teach what they know - this could be acquired through text books. The ability to critically pose general questions provides the student with the ability to answer specific questions, and not vice versa. In other words, there is a difference between objective planning that deals with quantifiable universal characteristics, and the subjective question of placing forms in the world.

In the wide world, or in a given place?

“In the world - since it is impossible to predict the boundaries of influence which a building manufactures.

Can you provide an example of a key question that should vex a first year student?

“For example – can one create a situation of positive density between two people in a desert? Or, what do we mean when we say 'a home in the city'? Do we mean a one-bedroom apartment, or do we refer to the complex relationship that stems from life in the city? Such questions lead to a broad discussion that is only later finalized in a specific case study.

But such questions could be asked in a faculty of economics...

“Architecture, as opposed to economics, deals with poetic spaces that are located beyond content. These are questions that have no clear cut answers as found in the pure sciences. For example, who owns public space and how do we architects ensure that it indeed remains public?

Isnt that the job of 'Greenpeace'…and seriously, do you speak of the structure itself, or its adjacent space?

“The - a seemly structure designed with great talent. But, how do you know that it is a public building and not a private one? Maybe it’s a shoe factory, or perhaps a bonded warehouse? After all, its adjacent public space has nothing to do with the structure. In other words - it lacks the element of codependence that should exist at the boundary between a building and its adjacent space. In my opinion, only this element enables us to judge the inherent public purpose of the structure.

Though the museum has no codependent relationship with the outside square, the square itself is defined by three neighboring structures - the Beit-Ariella Library, the courthouse and the museum.

“The problem is that the neighboring courthouse, for example, does not relate to the museum square, despite bordering on it, since its entrance opens to the opposite side. Such disconnection occurs when a certain function dislocates itself from the public realm. If a museum remains only a museum, and a school only a school, they hold no public dimension, since the public cannot possess them. In other words - a collection of disconnected structures cannot create a public space.

But here exactly lays the synergetic nature of architecture - a building and a building and another building are not merely three structures, but rather a street. That is exactly what differentiates architecture from pottery. I agree that architecture necessitates a spatial depth, but this can be achieved by allowing the public to permeate the building, or preventing it from doing so.

“That is exactly what I mean. A building that sits on a street is not only a factual object but rather a spatial element characterized by its spatial order.

If you address the essential difference between organic architecture and mechanic architecture - the solution may be to understand organic thought upon which we can interpret modern alternatives. If we take, for example, modern interpretation of a city square, we see that it is dwarfed to symbolic terms until it remains little more than a roundabout - totally inaccessible to the public. Can you give an example of a building in that creates the kind of space you speak of?

“It is very difficult to come up with one…

And in the world?

“I fondly remember the London Courthouse, where one can pass through functioning halls and thus cross from one side of the city to another. I loved the concept that the entrance to the building is a viable public option that is completely voluntary. I think this meaning has been lost in modern times, since current buildings are designed without realizing the option contained in the public space. From this point of view, these buildings have no architecture.

When we spoke over the phone prior to this meeting, you expressed a desire to prove that not every building is architecture. I contend that since the essence of architecture is the ordering of interactions, every building or even a wall should be considered architecture, even if the only intent was to disconnect territory from the public realm. I think that the best examples are monasteries, hospitals, and even shopping malls which take possession of the function of  city streets. What is wrong with that?

“I dont think that it is a matter of right or wrong, but rather a different point of view. There is a faction of existential philosophy whereby the concept of truth is achieved by a relationship between public and private. That is, at the point where private transcends into public there is a space for the concept of truth. I think the manner in which a building is placed in the world in relation to other elements is an expression of how one perceives the world. That is why I can accept enclosure, on condition that it enables a sense of belonging or continuation. Architecture should create the continuation within itself. No building should be finite, because it is always part of a continuing process.