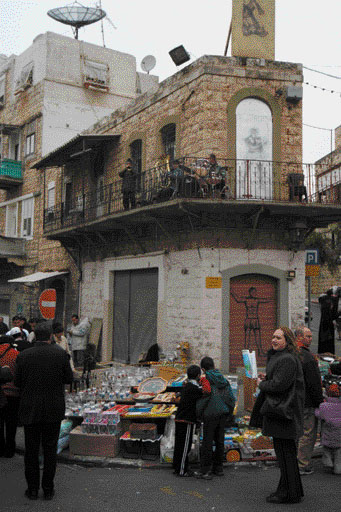 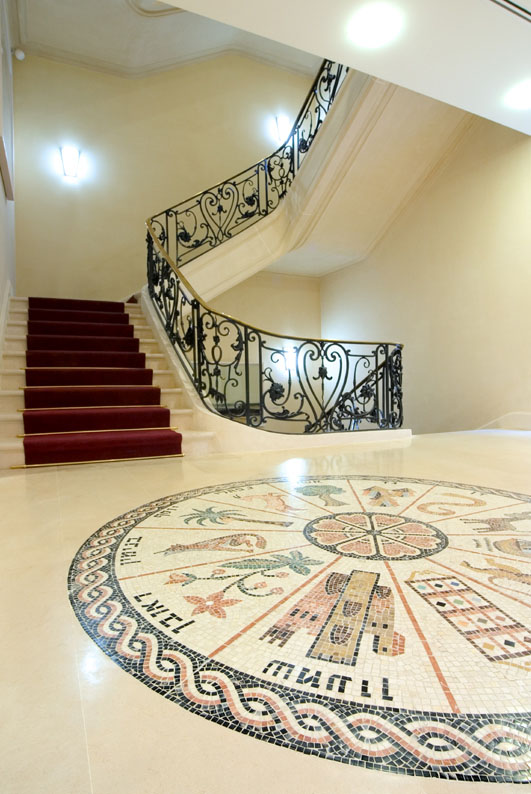 The Rechter Prize for Architecture was awarded this year to architect Ada Karmi-Melamede, for her design of the , and the Lauder School of Government at the Interdisciplinary Center Herzliya. Roy and Addar Secker received the Young Architects Award for their design of the renovated library on the same campus. Karmi-Melamede received 25,000 and the Secker brothers - 10,000 .

Architect Thom Mayne, one of the leaders of the extreme Post-Modern movement in , is this year’s recipient of the Pritzker Prize for Architecture. His outstanding buildings usually express an eclectic assemblage of shapes and contents that include protruding forms, curved walls and leaping elevators. Mayne has described his own architecture as idiosyncratic. What interests him is a multi-layered architecture reflecting a multi-faced society, where there is no one beauty ideal.

Mies van der Rohe Prize for Architecture was awarded this year to Rem Koolhaas for his design of the Dutch Embassy in . Koolhaas, who is aware that form is what ultimately receives prizes, is wise enough to declare that he is more interested in the architectural programme, which he describes as the 'motor of architecture'. The prize was 50 thousand Euros.

in Tel-Aviv has renewed its days as a friendly and accessible public domain, following renovation by Kertesz-Groag Architects, and Farhi-Tzafrir Architects. The project, which relieved the junction of the oppressive traffic at the intersection of five streets, is the first stage of the plan to renew the Tel-Aviv Carmel Market. The work involved new pavements, trees, benches and a new lighting system.

The Israel Standards Institute will aid in preparing a series of standards for emergency escape from tall buildings. The new standards will include better access for rescue units, outdoor (private) elevators and sliding shafts. Sliding from the 300th floor is not pleasant, yet better than jumping.

Five Templar houses built in the Kirya, in the late 19th century, are 'moving house' to enable the widening of in Tel-Aviv. The complex and expensive engineering operation, which moved the buildings only , makes one wonder if the simpler possibility of rerouting the street in the plan had ever occurred to the authorities.

Merhav - the Movement for Urban Renewal is exhibiting works that express its desire to increase empathy towards the built environment. The 15 projects, chosen from over 25, include built projects as well as theoretical ideas - some of which are student projects. The event will take place from May 19 to May 27 at the Pitman building on .

The exhibition 40/40 for young architects, will take place in the Architects Gallery in , between May 19 and June 23.

The Exhibition of artist Dan Reisinger is currently on at the of in . Born in , the well- known 70 year old artist arrived in in 1949, after surviving the war in . In 1998 he received the Israel Prize for Design. His work includes drawings, graphics and building design.

The David Azrieli Prize for outstanding final projects in schools of architecture was awarded to Technion graduate Shachaf Zait, for his project 'Saliv' that deals with the space formed between buildings, within the urban fabric. Second place was granted to Liran and Nitzan Chechik of Tel-Aviv University, for their project ' Park in ', which earlier received the Architecture of Israel prize for creative thinking. Third prize went to Dror Rimok from Wizo Institute in , for the design of a complex of contemporary theaters.

The Reiskin Prize for Excellence, awarded only within the Technion Faculty of Architecture, was received by architect Alon Zohar who planned a medical center for cancer patients. The project creates a friendly environment connecting indoors to outdoors, allowing the patient to control his level of privacy. Alon dedicated the project to his late mother who died of cancer six months ago. Instructors: Moshe Tzur, Shmaaya Zarfati.

Second place was awarded to architect Tehila Magiar for her project 'Stitch Belt', which aims at reconnecting the beach to the city of in an area where hotels have blocked it out. Instructors: Amir Mann, Hamutal Gurevitch- Alonim.

The book David Reznik - a Retrospective was recently published. There are two chapters: the first is dedicated to a detailed description of projects; the second places Reznik within local and international context. David Reznik, whose work includes the and the in , is one of s leading architects.