PATRONS OF ARCHITECTURE, THE SYMBIOTIC RELATIONSHIP BETWEEN ENTREPRENEURS AND ARCHITECTS 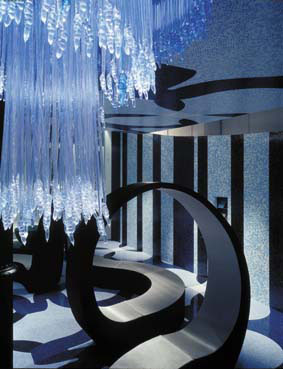 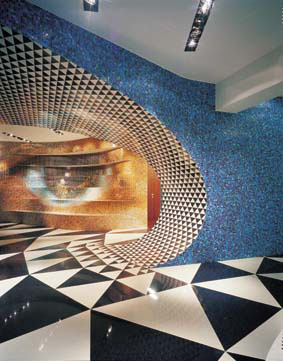 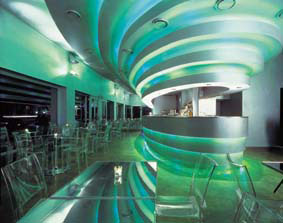 This article was written after much hesitation, not for fear of the Mafiosi’s power, but rather to avoid free publicity to commercial bodies. We have therefore delineated clear restrictions whereby the projects that illustrate the following pages, express a reasonable balance between commercial promotion and artistic expression.

As the entrepreneur sector is primarily motivated by cost and profit relations, it is frequently blamed for all the calamities of architecture - abuse of the existing, lack of consideration for future maintenance costs, overlooking the law, utilizing favoritism relations to exploit land reserves, and especially treading on architects copyrights. Despite the fact that such accusations are (too) often justified, building developers have always been the main source of income for architects, considering that without enterprise (even of private homes) there is no building, and without building there is no planning. As such, the relations between architects and entrepreneurs have always been characterized by a symbiotic interdependence, usually accounted for as ‘patronage’.

The symbiotic relation between patrons and art was already apparent in the Middle Ages. Ruling classes and especially the Church, which had the upper hand in every aspect of life, would draw up employment contracts with artists and architects, providing a meager salary or living accommodations rather than the real equivalent of artistic value. Motivation for promoting the arts was not necessarily for the sake of art but rather for promoting public relations or conveying social, political or religious messages. Hence, it is not by chance that the term ‘commission’ is still used to describe the architects’ fee, while the term ‘patronage’ reflects the reality of corrupt systems where favors or key jobs are granted in return for political support.

Without granting any legitimacy (God forbid!) to such institutions, this crooked patronage is not an Israeli invention. The first to utilize it was ’s seventh President - Andrew Jackson - whose election and two terms in office (1829-1837) were based on his “you scratch my back and I’ll scratch yours” policy. In fact, the presidency institution in the today is still founded upon nourishment of power groups in return for political appointments. The most profound examples of such ‘clientelism’ are the appointment of the Federal Prosecutor’s office and the open appointment of judges.

Perhaps the most blatant example of such patronage in Israel is Mifal Hapayis - the Israel National Lottery - which uses public funds to dictate every aspect of building to the authorities and the architects they employ - from ludicrous names of public buildings (The Lottery Hall of Culture and Art), to schools and community centers named after this 'educational' institution.         Another example of influential entrepreneurship driven by political motivations is the massive development in the territories during the past thirty years. Without taking sides, there is no doubt that this initiative has contributed greatly to the building development sector, although the results on site are often clusters of non-contextual, nor demographically-justified, settlements.

In 'light' of such realities, it is easy to make the transition to the commercial patrons, who, while exploiting architects as a source of income, also grant them the opportunities to produce some praiseworthy buildings. Among the leading patrons is no doubt IBM, whose buildings are honorably distributed all over the world, even in Tel Aviv (Yaski), (Amar-Koriel), and Petah Tikva (Yaski). Other enterprises are led by the luxury retail chains such as Prada, whose fashion stores are a source of pride to celebrity architects such as Rem Koolhaas (), or Jack Herzog and Pierre de Meuron in Tokyo. The Serpentine Gallery in is also worth mentioning for the opportunities they have provided to well known architects such as Zaha Hadid, Daniel Libeskind, Toyo Ito, Oscar Niemeyer, and currently the Dutch group MVRDV, through their annual commissions to build a summer pavilion on the gallery’s lawns in .

The mosaic manufacturer Bisazza, whose projects illustrate this article, is yet a more notorious example of the system of entrepreneurship. The opening of their showroom, in Berlin 2003, yielded some approving articles in the world’s leading magazines, granting the company a fortune worth of publicity. Like many other of their building projects, the showroom was designed by the Italian architect Fabio Novembre, who is also the company’s copywriter. The shared interests of Bisazza and its designers began in 1989, when the Italian designer Piero Dorazio was invited to design the Bisazza building in Spilimbergo. The project’s success brought Dorazio fame and recognition, and motivated the company to give other designers the chance to reveal their talents, while showing potential users what could be achieved by using their products.

This marketing technique is not new and has been successfully implemented for years by museums such as the Guggenheim, and many contemporary art galleries, whose spaces architects can only hope to design. The guiding principle is that as long as the interests of each are balanced and fair, the exercise works. Along this principle, Bisazza has invested its efforts in promoting its designers affairs by representing them in exhibitions, such as the Artinmosaico in Napoli, and Fragilisme at the Foundation Cartier in . The works of Allessandro Mendini  elaborate the in (1989-1994), the in (1996), Casino Aruso (1997) and two train stations of the underground.

Though the Bisazza’s commitment is based upon commercial interests par excellence, the connection with the world of design is already well established, being associated with the names of famous architects and designers such as: Michael Graves, Abdi Abdelkader, Ricardo Dalisi, Anna Gilly, Romeo Gigli, Giorgio Gregory, Hugo Merano, Javiar Meriscal, Alessandro Mendini, Mimo Rotella, Emilio Tadini, Ernesto Tatafiore and Nicola Tarshito. Recently some thirty designers under the direction of Favio Rotella, have been hired to decorate the walls of the central dairy in - with Bisazza products, naturally.