END OF THE MELANCHOLY ERA, THE HUMAN DIMENSION 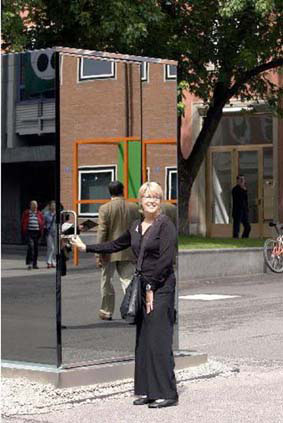 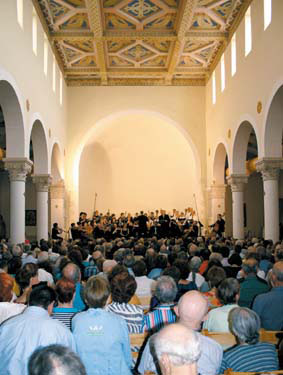 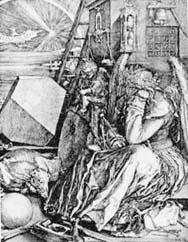 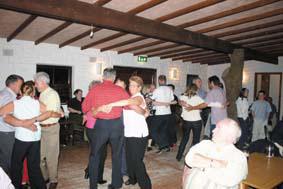 END OF THE MELANCHOLY ERA

Modes of communication provided by the Internet have threatened the exclusivity of architectural spaces as the arena for social interaction. This threat has gained even greater momentum with the introduction of the digital camera, which has opened up a new and wondrous world to amateur photographers. The relative simplicity in documenting social situations has greatly broadened the photographers circle, almost totally canceling out the advantages (and disadvantages) of the professional photographer. One of the positive aspects of this change is the extinction of the institutionalized dependence on long exposure shots, which had prevented professional photographers from including moving objects 'that may blur and diminish the quality' of their photographs, thereby contributing to an architectural reality lacking human presence.

In 'consensus' many architects have convinced themselves that they even prefer photographs of their buildings empty, prior to tenant 'invasion' - believing their buildings truest representations to be thus revealed. Consequently, many architects have been preoccupied, at best, with the relation between the buildings components, and that of  the structure to its surroundings, while the human dimension has been entirely marginalized.

On this background, two questions are eminent. The first: does the architect’s role end with the completion of the built structure, or is he also responsible for its future experience?

The second: how can architects create an ongoing interaction between the building and its inhabitants?

The first question is almost rhetorical. The assumption that the tenant plays an important role in socio-spatial artifact is irrefutable. Moreover, the true test of a plan’s success is in its ability to realize its goal. That is, a designated purpose must be fulfilled by a planned solution. If the tenant feels the need to make 'cultural changes' in the early stages of his inhabitance, it’s probably safe to say the architect’s plan failed to succeed, at least partially.

The second question, of how we can promote a fertile interaction between the building and its inhabitants, is strongly related to the first, and thus central to this discussion.

A change in a good building’s purpose does not necessarily mean it will lose its structural qualities. There are numerous successful examples: a prison that becomes a hotel, a Fascist regime capital populated by a democratic society, or a historical building occupied by modern offices. Every one of them contains sustainable elements that facilitate adaptation to future changes. Moreover, in all such examples, not only does the building continue to function properly, but its previous purpose and embedded symbolism actually grant the new ones an added value and accumulative connotations.

The relation between these two factors is in fact the driving force of architecture. It is no secret that the most impressive architectural achievements can be found in religious structures. This is due to their  having been properly built, and to their natural reliance on substantial expressions of deep passions and exalted thoughts. , cathedrals, mosques, and to a limited extent, synagogues, are built not only out of the theological need to explain the forces of creation (as is customarily believed), but also as arenas for social encounters.

However, although in the religious milieu everything is apparently predetermined, even there there is ongoing stress between what we believe and what others try to cause us to believe. This is evident in every symbolic building, but particularly in religious structures in particular.

This is so since religious rituals are aimed directly at our senses: the preaching, the choir accompanied by the organ, the religious attire, the clergy’s movement amongst the audience, the ornamentation, the spatial dimensions and prominence. All these are not simply decorative impression-making stage props, but rather active elements designed to promote an emotional dialogue between the architecture and its occupants. As such, when a Jew or a Muslim visits a church, he interprets its architecture in an entirely different manner to a Christian, who understands and believes in its iconography.

The process of rationalization of emotions began during the Renaissance when the status of religious authority was called into question. At that time, architecture was considered a subliminal art, and the architect - an artist who was expected to attach rational explanations to the experience of space. However, although scientific perspective (introduced at the time) enabled artist and architects to draw three-dimensional buildings, the personae that occupied them were still portrayed conceptually in the spirit of the medieval times.

Exceptional is the German/Flemish artist Albrecht Dürer - who was capable of expressing human thoughts and feelings, incorporating buildings in his compositions. Previous to his arrival in , to study the 'secrets' of scientific perspective from Luca Pacioli, Dürer had already studied the proportions of human body organs from Vitruvius writings and the Venetian painter Jacopo de Barbari. Particularly relevant to this discussion are three of his woodcarvings: 'The Knight, Death and Satan', 'Saint Hieronymus', and '’s Melancholy'. The three-piece opus represents three good measures of the medieval agenda: meditation, determinism, and education. In the three depicted scenes architectural space and the human dimension are joined in harmony. At that time, 'Melancholy' represented the artists spiritual portrait after his mothers death. However, since then works of art that portray empty buildings have been identified as expressions of melancholy.

It is interesting to note that the need to defend a plan with a theory is especially prevalent when the relation between the building and its function is not clear. This case was best depicted by the Surrealist painter Giorgio de Chirico, in 'Mystery and Melancholy of a Street', 1914. The painting of the small girl playing by herself in the empty street, heralded in modern architecture, which placed the building in the center, while often failing to create a fertile arena for social interactions.

From then on, twentieth century architecture is rich with melancholic building styles, most prominently of the deconstructive French, who endeavored to deconstruct the basic principles of language in general, and that of architecture in particular. While presently in decline, it has left behind many buildings whose meaningless forms are not meant for human interaction.

There is nothing new in the claim that one of architecture’s central tasks is to organize interaction in space (AI, issue #58). Accordingly, architecture void of humans does not build interactions and may be perceived a failure, while conversely, architecture filled with people may be perceived as an accomplishment. Nonetheless, quantity does not imply quality, and the number of people present in a given space is not a true measure of its success.

Speaking of quality,however, there is no need to venture as far as Dublin (although we couldn’t resist) to understand that what distinguishes an Irish pub from an English one is not the design, but rather the reciprocal interactions taking place there between the building and its inhabitants.

In human absence a town square is nothing but a paved area, a street without pedestrians is only a route, and an uninhabited building - melancholy.