THE OLD CITY OF VENICE AS A PARABLE 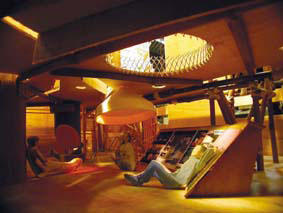 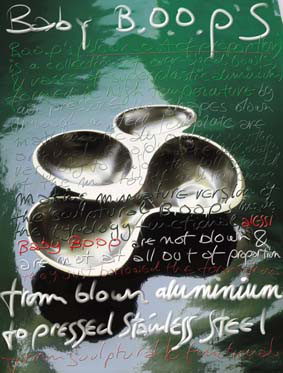 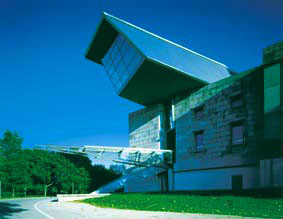 THE OLD CITY OF VENICE AS A PARABLE

The 9th biennale of architecture

During the past several decades the Venice Biennale has become the show-case of contemporary architecture. The anticipation of Swiss exhibition director Kurt W. Forster that the exhibits show the ways architecture has adapted to the imposed computerized changes of the past few years, was in vain. The majority of projects displayed, produced sophisticated gimmicks achieved through virtual realities, relatively unrelated to the true essence of architecture.

As in all the Biennales, the main events took place in the Giardini - the Italian pavilion located in the Arsenale. Apart from the various participating countries pavilions, architects and designers’ installations created a plethora of interpretations of this year’s motto - ‘Metamorph’.

Some 170 architecture firms displayed over 200 projects - all featured the underlying themes of blurring boundaries, escaping from anonymity - all submerged in the dynamic non-committing, imaginary world of the virtual. The Italian pavilion was organized as an experience theatre where the exterior permeated the virtual interior. Central within the pavilion were photographer Armin Linke’s slow panoramic films, and a large section dedicated to Italian interiors of recent years. A number of rooms hosted experiential workshops where architects, such as Chris Wilkinson and Ben van Berkle, exemplified ways in which new materials and techniques had influenced and transformed architecture.

Official awards were assigned by categories. Three Golden Lion awards went to: Peter Eisenman (72) for lifetime achievement; SANAA - a Japanese architectural firm - awarded ‘the most remarkable work’ for their 21st Century Museum for Contemporary Art, Kanazawa Japan, and for the extension of Ivam, Valencia Spain; and ‘the best installation’ awarded to the Belgium pavilion for their Kinshasa, Imaginary City.

However, in the midst of the media frenzy some true attempts at describing reality as is were evident, the most prominent of which was the transformations which took place in as result of the falling of the wall, as portrayed in Giovanni Chiarmontes photographs. The ever-lasting struggle between old and new was well expressed by two installations - one by Peter Eisenman, and the other by Massimo Scolari.

Out of the forty concert halls exhibited, most conspicuous was: the Berlin Philharmonic - one of the most insightful buildings of the past decade, built by Hans Scharoun; the Philips Pavilion and the Electronic Poem collaboration of Le Corbusier and Lannis Xenakis built for the Brussels Expo; the Sydney Opera House planned in the 1950s by the Danish architect Jorn Utzon; and Frank Gehry’s Walt Disney concert hall built 14 years ago. All of them institutionalized the genre with its two contradictory parameters - mass urban-like assembly and a cultural event in an enclosed space.

Within this lack of coherent context, the Israeli project, with its simple naivete, made for a refreshing statement. Instead of dealing with the controversial political situation, they chose to focus on the changes which took place on ’s coastline in the past century. Albeit an achievement, the Israeli team produced a rather dated exhibit on a meager budget, especially in comparison to the funds accessible to other participating countries.

Curatored by landscape architects Yael Moriah and Sigal Bar-Nir, the venue included several exhibits: 'Altneuland' - an artificial island opposite the Tel Aviv port, planned by Meizlits-Kasif architects; 'Panorama' - a video film anthology of historical photographs and plans that were never carried out, by Ariel Efron, Hila Hirsch, and Dror Daus; 'Insomniac City' - an imaginary video by Ran Slavin; 'Sea and Sun' - a conceptual portrayal of the impossible alliance between the sea shore, social justice and real estate development, by Shelly Federman and Yehoshua Simon; 'Tomorrow’s Island' - a collection of proposed ideas for artificial islands along the Tel Aviv coast, drawn up in the 1970s by a number of architects, among them Peter Cook - a member of Archigram, the head of the Bartlett School of Architecture, and this years curator of the British pavilion.

Also known as ‘Serenissima’- the Most Serene Republic - has been a source of inspiration for writers for centuries. Her magical beauty draws on the ongoing struggle between the sinking city and the threatening sea into which she is slowly crumbling. Her romantic narrow alleyways twist and turn amongst the Academia and Piazza San Marco Rialto, founded upon wooden barges in the 5th and 6th centuries, when the residents of the persecuted by the Berbers found refuge there. Sadly, Mestra - the industrial suburb that houses the majority of ’s population - today clearly portrays the reality of the architectural Biennale. Like the old city struggling to preserve the tourist industry, the exposition biannually bears great efforts in arousing the curiosity of the many 'architectural tourists' who arrive from all corners of the earth.