When Did We Lose Our Sense of Proportion? Sacred Numbers In Architecture 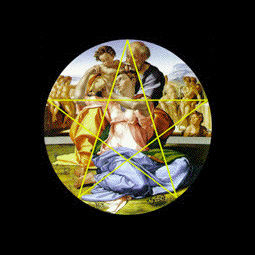 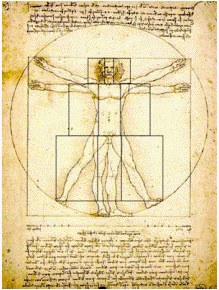 WHEn DID WE lOSE our sense of PROPORTION?

One of the "faults" of the Modernist Era was the total abandonment of all order that preceded it. Nonetheless, designs by leaders of this movement – Le Corbusier, Adolph Loos, Mies van der Rohe, Gropius and others – never lacked attention to proportions. By definition, Post Modernism went further in totally desecrating all past axioms. As a result, after the loss of harmony, symmetry and ceremony, we have now lost our sense of proportion.

Any discussion on sacred numbers and architectural proportion must commence with the familiar  Pythagoreas theory. Most will recall that this has to do with right angles, yet few can translate this abstract term into concrete architecture.

The story begins, as legends do, "Once upon a time the Pythagoreans noticed…". A harmonious sound was achieved by a strum upon a combination of strings related to each other in rational numbers. There is evidence that the Babylonians, the Greeks and the Chinese knew about this principle, long before Pythagoras was able to prove it mathematically. Some even considered that if it held true for natural phenomena, it should be used as a guide for man-made creations – especially architecture.

The fact that the Babylonians were able to achieve harmonious tones by combining strings, whose proportion was an irrational number, angered the Pythagoreans who understood that the principle did not change even when transformed. Thus we can deduce that while defining certain numbers as sacred is a cultural matter, the harmonious effect of proportion is a universal constant.

The Pythagoreans, like the Jews, based their views on the decimal system, so they regarded the number 10 as perfection. At the center of the Pythagorean research was the Thetris model – a graphical structure of the natural numbers series – at the top a single dot on the line,  under it two points, three dots on the third line, and so on. Summing up the number of dots from top to bottom creates the "triangle" series: 1, 3,6,10, 15, 21, 28 etc.. In the East (Babylon & Persia) the hexagonal system was used and therefore the number 6 (with all its components) was sacred (even nowadays, the number 666 is still associated with Satan).

Two numeric-geometric problems that engaged the ancient world were the exact calculation of a squares diagonal (i.e. the square root of 2), and the exact circumference and area of a circle. This necessitated the use of an irrational number, much to the chagrin of the Pythagoreans.

An important  aspect of this discovery was that an irrational constant provided the foundation to the understanding of different structural scales inherent in nature. These sacred proportioning systems were first formulated by the Greek philosopher Euclid, discussed by Plato and termed by Leonardo de Vinci as the "Golden Ratio", also known as the Golden Mean and Golden Cut. In other words, the Golden Section exists when a line that is dissected contains a large part (a) in ratio to a small part (b), that is the same ratio as the large part (a) to the whole line (a+b). The "golden triangle" occurs when the small side and large side are in direct ratio as the large side is to their sum (figure 3); the "golden rectangle" is a rectangle with proportions of the golden ratio (figure 4); and the Golden Spiral is created by making adjacent squares constructed with the golden rectangle (figure 5). Later, it was discovered that the Golden Ratio possesses other mathematical qualities such as if a/b=(a+b)/a then aa-ab-bb=0.

Once clarifying the relationship between arithmetic and geometry, it is easier to establish their relationship to architecture, the ultimate man-made creation.

As scientific knowledge has always been a means of power, and the highest constituency of power is in heaven, the orientation of sacred buildings has always been upwards. Moreover, in ancient times the encoding of mystical knowledge was a common event. The rationale for this is clear: if the planner has knowledge of sacred numbers and can calculate correct proportions, the building will then contain esoteric information – i.e. it will not be understood by the masses.

A fascinating development in the history of numbers occurs in Hebrew mysticism. The Kabbalah utilized "sacred geometry" to study and understand the code of every day matters. The knowledge of numeric code enabled the Kabbalists to connect between heaven (the divine) and earth (the physical). For example, the first digit of a number (1-9) relates to the physical realm, the second digit (10-90) relates to the mental realm and the third digit (100-900) relates to the emotional realm. These realms are typified in the ten "Sfirrot" (countings) by which God and his cosmic dominance is grasped. For the sake of this context, the Kabbalah uses sacred geometry as well as sacred numbers to establish all aspects of life, amongst them architecture. Namely, the Kabbalist explain the visible through numbers and proportion, much like the Pythagoreans and Babylonians.

Indeed, numbers carry mysticism in all cultures. Some attribute them to counting systems (Ten Commandments), others use them to relate the divine with the physical, and more advanced thinkers are able to use them to explain natural phenomena, i.e. the cosmic order.

Despite the fact that the Pythagoras theory played an instrumental role, it seems that the Golden Ratio proportions were known by civilizations thousands of years previously. Plato insisted that Egyptian temples were built by a strict set of rules based on proportions of the human body. The most obvious example is the Great Pyramid of Giza with a base length of and the height of , closely related to the golden ratio Phi (1.5717).

Analysis of proportions used in the ancient world shows a distinct link to proportions of the human form. The use of body parts – finger, hand, palm, foot and navel – as yardsticks of biblical structure verifies that architectural arithmetic has been closely linked to the human form since ancient times. In his book "The New Jerusalem", Dr. Michael Chyutin proves that the Egyptian cannon is based on a mathematical description of the Kings form stepping forwards with his left foot, in typical Egyptian style. This cannon also depicts the Egyptian system of measurement derived from the human form – where a foot is 3m, the cubit 5m, the step 7.5m, the reaching length of the hands (diameter) is 22m and the navel (radius) is 11m. The distance between reaching height length and the tip of the head, to the navel and to the ground, is the Fibonacci series of numbers: 1,3,4,7,11,18….Each number in this series is the sum of the two numbers preceding it. This series also contains the numbers 7 and 11, which the Egyptians considered sacred.

Dr. Chyutins extensive study indicates that rules regarding the ideal form in the writings of 1st Century Vitruvius already appear in the Egyptian cannon. These include symmetry, harmony and the aesthetic qualities inherent when they are applied to architecture. Hence, In his volume "On Architecture", Vitruvius addresses architectural proportion from practical, aesthetical and religious viewpoints. Although his point of departure was the idealization of the human body, it is interesting to note that his essays on "Lacus Curtius", as well as the Hellinistic city of were based on the Golden Ratio, i.e. a mathematical-geometrical analysis. Vitruvius claimed that the human body was modular, symmetrical and harmonic and measurements of length, weight and volume were derived proportionally, therefore, buildings should be planned according to human proportions. In other words, because the human form is modular, it is possible to describe it using multiples of a constant module (e.g. digits). For example: "the height of the base will be half the column’s diameter…"

In his four volumes "On Architecture". sixteenth century stonecutter and architect, Andrea Palladio spared no words on proportions in architecture, albeit emphasizing the syntactic aspect of urban design. His contemporary, Leonardo de Vinci placed proportions at the center of his creations, both in painting and in architecture. Famous works such as the "Mona Lisa" and the "Vetruvian Man" are based on the Golden Ratio, as are works by Michelangelo ("Holy Family"), Raphael ("Crucifixion"), Rembrandt ("Self Portrait"), Salvador Dali ("The Sacrament of the Last Supper"), Seurat ("Bathers"), and works of the Modern abstract and rational painter – Modrian. Working on the Ronchamps Chappele, Le Corbusier coined the term "Modul’or" (module-or = golden module). This module was used by him both in his painting and architecture, stemmed from the ratio of the human hand (a light motif in his architecture), area of the structure and its height.

In an age when all models have been cast aside, and theology and mysticism have  recaptured an honorable place in daily life, an opportunity has arisen to be more sympathetic to the time-old agent between the divine and the physical: the use of proportion. Equiped with this information, we may now be able to return man to the center of architectural praxis, in the footsteps of our ancestors - the Pythagoreans, Egyptians, Babylonians, Michelangelo, Leonardo de Vinci, and Le Corbusier.