Who Placed the Camel on the Kunsthal? Rem Koolhaas and the Junk Spaces 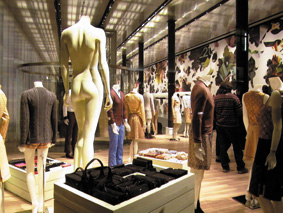 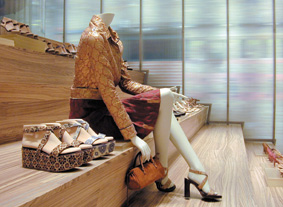 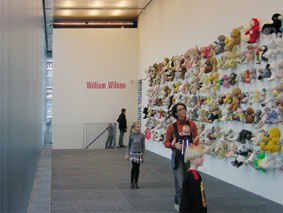 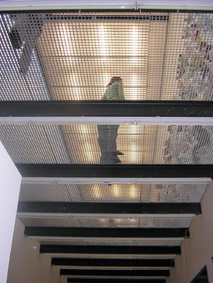 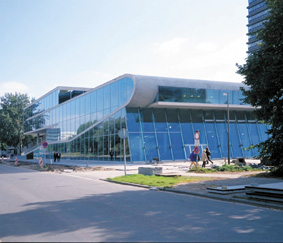 Who placed the camel on the Kunsthal?

The use of a light motif, concrete or abstract, characterizes almost every creative architect: Le Corbusiers open palm totem, the fish in Frank Gehry’s restaurants, the boardwalk and again as a titanium whale rising out of the waters of , and Bernard Tschumis repetitive use of the color red in his "follies" at La Villete in .

Who placed the camel on the in ?  No one knows, but it certainly is indicative of the architectural philosophy of Rem Koolhaas – the "Bedouin" Modernist – who, like Le Corbusier, publishes at least one rhetorical volume for every completed physical volume. The camel is the "ship of the desert" bearing architectural qualities: the hump (according to legend) is the storehouse of fuel essential for long-term survival, its structure reminiscent of the sandy hills of the desert landscape. At the end of his journey, the camel refills his hump and sets off anew.

One does not need to read all of the architect’s wordgame-filled publications to understand that Koolhaass buildings convey some of the characteristics of the camel. They appear in the urban fabric as strange creatures, designed and accessorized with "energy" that allows them to survive for a certain period of time. Koolhaas is unperturbed by the ephemeral qualities of his architecture: like the perpetual phoenix, his architecture reinvents itself and adapts to current needs.

Koolhaass approach reflects not only the ephemeral qualities that typify Modern architecture (allotting the building a thirty-to-fifty year lifespan), but also its inherent dichotomy. It is architecture that derives its ideals of change and innovation from the manifesto of the avant-garde: tradition, conservatism and permanency are its arch enemies. Unlike the camel that blends in with the landscape, Koolhaas staunchly refuses to deal with context or to relate his buildings to their environment. Like the camel that moves obtusely on, Koolhaass buildings appear suddenly in the urban desert, ready to disappear in time, much like the relevancy of the architect himself.

In his article "Junk Space" chronicled in the traveling exhibit "Content", Koolhaas acts both as a "terrorist" and an "anti-terrorism squad". His thesis is that all lifes systems act as "junk yards" of consumerism without hierarchy, meaning or intent beyond the initial stimulus. Thus, they remain unsatisfied remnants of a primal ecstasy.  Architects flood the planet with "Junk Spaces" that are closed and enclosed in an outer skin, bouncing into space haphazardly like springs from an old mattress, with no apparent order. In such a reality, architecture cannot and need not provide eternal symbols such as the Pyramids and Pantheon.

Koolhaass philosophy that translates temporality into an esthetic spatial experience in real time acts as a double-edged sword on his own ideas. It challenges one of architectures historical roles: the creation of a constant environment that stands the test of time. One of the basic roles of the built environment versus nomadic environment is to aid man to deal with his impermanence, i.e. his mortality. For centuries, and to millions of people, the Pyramids, the Pantheon and Gothic cathedrals have provide a sense of belonging, and a dimension of continuity that is now facing extinction.

Koolhaas claims that global changes and renewal challenge architects to keep up an unprecedented pace, and make thousands of years of architectural know-how seem more and more irrelevant. However, at a time when architecture (like the camel) disconnects its roots and foundations from the ground, and in an age when rapid change ceases to provide humanity with a sense of permanence, it must constantly redefine itself.

Perhaps this is the place to remember Adolph Loos famous statement that innovation has legitimacy only when it can be regarded an improvement. In current "Junk spaces" the modern and traditional coexist. In a single shopping mall, one can find public spaces designed in a Roman architectural theme, the column and arch, traditional architectural elements which now carry flimsy painted plaster reflecting second hand styles – "high-tech", "Bauhaus", "Mickey Mouse" …"minimalist", all according to the demand of the masses.

Koolhaas, who established his theoretical reputation with his masterful and humoristic play of words, opens his article in an obscure yet inspiring statement: "If space-junk is the human debris that litters the universe, junk-space is the residue mankind leaves on the planet." Of course, Koolhaas does not regard himself as a failure (and there is no intent in this article to portray him as such). However, his word play, for the thousandth time, in his latest exhibit, "the cosmetic is the new cosmic", brings the relevancy of his own architecture into question. The use of dramatic effects, turning visitors into an integral part of the event, is a constant theme in many Koolhaas buildings, most notably in the Prada Manhattan store, where a series of visual events is achieved with a humorous use of the wonders of technology, thus blurring the differences between merchandise and consumers.

Despite an inclination to enter into a debate with his witty rhetoric, it is preferable to discuss the architectural aspect of his more successful buildings: the Kunsthal in and the "Educatorium" at : two buildings directly influenced by Le Corbusiers plans for the " " in . Both of them attain a Noahs effect that stands the test of the limited time he allots them. The two buildings develop a façade-section that projects the experience of movement in and through the spaces. In both, the philosophy of temporality is achieved with the use of inexpensive materials: exposed concrete, plywood flooring, pigmented plaster, polycarbonate glazing and exposed neon lighting.

Koolhaas designs the "stage screen" of his buildings much like a theater director. The use of artificial and natural light is carefully controlled. In many places "industrial" polycarbonate effectively conceals the neon lighting and enables a linear, refined, Mondrian-like dispersal of light. Simultaneously, exposed neon elements in the cafeteria ceiling create an amorphous neon "storm" that envelops the exposed sprinklers and electrical systems.

Approaching the museum from the park entails crossing a bridge inlaid with glass-bricks, hovering over vegetation, with no apparent function other than to provide a ritual passage into the building, enhanced at night by lighting. The entrance from the garden leads below the building to the main street, and provides access to the cafeteria that offers an experience of the space without having to pay an entrance fee. The transition of the bridge and the incidental entrance into the museum bring the visitor at center stage and unwittingly transform him into an active participant in the play. This idea is explored further in Prada, where the issue of temporality connects the shoppers and passersby to the merchandise moving on horizontal escalators or placed haphazardly on the stairs.

The organization of space into a complex system of folds is another idea Koolhaas explores in several of his buildings. Unlike the formalist Daniel Libeskind, who uses this idea to create formal exercises in origami in his Victoria and Albert Gallery in London, Koolhaas uses the technique to embellish the experience of space by viewing the viewers. In this manner, the auditorium at the Kunsthal enfolds the underlying cafeteria, a public passage penetrates into exhibit space, and the book store "slides" into the cafeteria space. Similarly, the lecture halls at the Utrecht Educatorium enfold the underlying student meeting spaces.

Unlike his excessive verbalism, the architecture of these buildings transmits ideological clarity. At the entrance to the Educatorium, one can already decipher the buildings narrative. A view to the lower level reveals a large scale auditorium filled with natural and artificial light. This hall, reminiscent of a large public cafeteria, contains the entire teaching and meeting spaces on campus. A view to the diagonal plane leads to the main entrance, locked between two lecture halls depicted in the façade as an open safety pin.

However, despite this visual clarity, Koolhaas manages to create an eventful and surprising journey through his spaces. This is achieved with the metal ceilings, lit semi-transparent polycarbonate panels, steel beams that span the entire hall and illuminated handrails, all combining to create a "dirty reality" as defined by Kenneth Frampton.

The "nomadic camel" philosophy (of which Koolhaas is probably unaware) circumvents the conflict between innovation and continuity. Its use enables the architect to create a clear and dilemma-free architectural experience. Circulation through his varied buildings, and the cerebral experience they create in the visitor, is usually attained in the building section by a series of spaces that merge the exterior with the interior, creating a series of events that is well-timed and never boring.