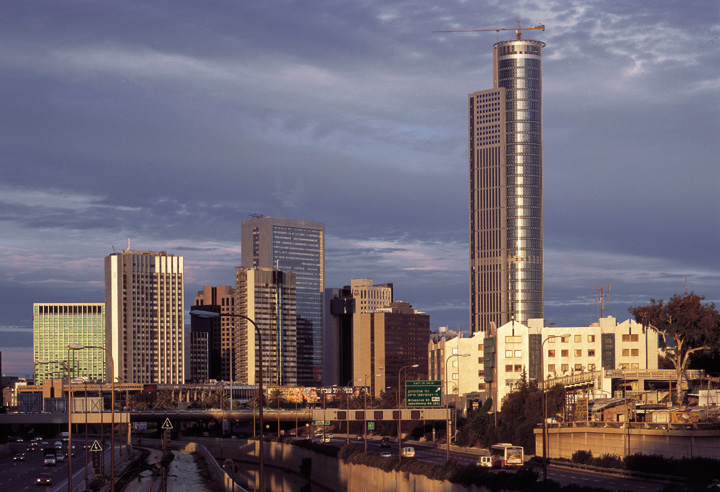 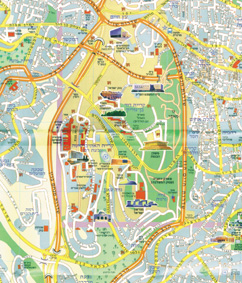 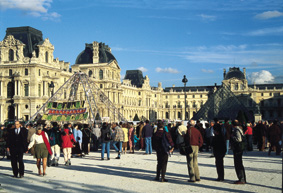 I feel compelled to express my slight disagreement with Dr. Ami Rans fine analysis of the mainstream postmodern discourse of contemporary Israeli architecture (AI #54). Few would disagree with his contention that the main problem with Israeli architecture is that the image has drifted away from the content. However, I dispute that there is no longer a connection between the content of Israeli society and its architectural expression. Rather, the very opposite is true: both the architectural interpretation and its urban results are unfortunately faithful reflections of our society today.

The 20th century was a world of ideals. Their fulfillment meant that a starving, illiterate peasantry fighting for its very existence evolved into a self-satisfied, mainly middle class society, on a never-ending entertainment-shopping spree. Consequently, in such a society there is no longer a need for ideology, and functionalist modern architecture with its minimalist and simplest style has been abandoned in favor of an architecture loaded with philosophical idioms that only serve to conceal a substantial lack of content.

Known for its excessiveness, isociety has taken just about every Western ideal to its extreme. Individualism has become Israeli ego-centralism, self-defense has became violent aggression, affirmative action has created stereotypes, and out of a lack of faith in law and order has arisen the manipulative social order. Some of the best examples of such excess are the poorly planned downtown areas of Tel Aviv and , as well as the National Compound in .

In this disastrous reality of a poor mans urban planning, architects in have played an important dual role. On the one hand, they agree to live with and take part in the patronizing bureaucratic processes governing any important building project.  This is especially so when "interested parties" have the power to manipulate such processes regardless of the relative importance of the project. In fact, the more important the project, the less likely it is the public will have a say in it. In fact, new middle class or working class neighborhoods, and sometimes even entire new towns, are always "planned", while others – the "upper classes" – are free to initiate and carry out building projects that serve their own interests. The basic condition is that the projects draw as much attention as possible in as little time as possible. And if local offices cannot supply the goods, they readily hire well known foreign architects.

The Case of Tel Aviv

Years ago, I compared two adjacent compounds in Tel Aviv. The first includes the Tel Aviv Musuem, the municipal library Beit Ariela, and the Tel Aviv Courthouse. The second houses office buildings – the IBM building, Europe House, Asia House, America House, and Beit Hadar Dafna. While the first follows a typical urban scheme where a number of buildings relate to one another in terms of the relative proportions and the use of similar building materials, creating a proper urban square, the second exemplifies a chaotic, free-for-all architecture. The buildings in the compound are alienated from their environment: each one screams, but none is heard.

In most Western countries urban development is a natural, gradual process. An historic area evolves into the commercial downtown, and urban planners grapple with accessibility, parking, and other infrastructure issues. In fact, few urban planners are granted the opportunity Tel Aviv had to build a spacious downtown in an area that is totally vacant, adjacent to the historical quarter, and with excellent accessibility. I remember this comparison every time I drive along the cross-town Ayalon expressway, or as Ami Ran once labeled it, the "Street of the Nation" and realize again and again, how the building complex that was supposed to be the new downtown of Tel Aviv turned out to be one of the biggest, most expensive architectural flops in the country. The planning process spread over two decades: there were plenty of opportunities to come to grips with the potential of the area. But instead of building a big and important commercial center of international standards under such attractive conditions, we are still struggling with such minor problems like forgetting to leave adequate space for expansion of the existing suburban rail link.

in Tel Aviv as a phenomenon could supply enough material for several doctorates in urban planning. It is a wonder how, despite its ugliness and broken, neglected pavements, it has evolved into "The Place" of Israeli society: a place to go whenever the national basketball team wins a new title, a place to gather whenever a political group wants to make a statement. What makes it "The Place"? The "beautiful" facades of the buildings that surround it? Its inhuman proportions? The slight connection to the ?

The best explanation is probably that it is the right place at the right time: an extended meeting point between the main streets of Ibn Gvirol, Frishman streets and Ben Gurion Boulevard – the only street in Tel Aviv that reaches (almost) the beach. This is actual "urban planning", and the real reason why the square has evolved into one of citys most successful urban presences.

A comparison between this simple city square and s so-called National Compound leaves one wondering. A collection of some of the most important national projects that includes the Knesset, government buildings, Supreme Court, Bank of Israel, the Israel Museum, and the Givat Ram Hebrew University Campus – yet all together, they fail to comprise the same kind of urban presence as Rabin Square in Tel Aviv. Here, just as in the Tel Aviv downtown, the planners missed the chance to create a real center with a spirit. Instead of preparing a general master plan, they used the time-honored Israeli exercise where you first build the buildings, and then break your head trying to fine some sort of unifying concept.

As long as we continue to fail to learn from our mistakes, the buildings that represent the Nations governing institutions will just stand there like lost souls – the fenced off and as impermeable as a jail Knesset; the Supreme Court standing alone, like the fool on a hill; and the Bank of Israel, apparently envisaged as a holy shrine for money. Only the sits at home on its own hill. But then again, this is not surprising: it was there first.

All of the above respectable buildings are connected by an infrastructure of roads, large parking lots and fences galore, but there is no consideration whatsoever for pedestrians, for the urban fabric surrounding them, or the view, and especially no interaction between the different buildings. It is highly probably that the authorities behind these structures never entertained the notion that proper urban planning could tie all of these diverse structures into one system worthy of the title "National Compound".

Here, in the town immediately adjacent to Tel Aviv, the case is even worse. Old plans from the 1950s that included three or four story buildings were simply stretched out a little to allow for construction of the tallest skyscrapers in the . No thought was given to pedestrians, public spaces, urban planning, squares, centers, footpaths, streets, or boulevards. The big losers are, of course, the residents, but some comfort may be found in the fact that the real estate "sharks" (entrepreneurs) who hurriedly took advantage of their building rights to try and make a quick profit will eventually lose, because the resulting urban chaos will inevitably reduce the value of the land. The distance from this to a total deterioration to city slums is very short. The paradox is that the whole point of urban planning is to make sure that urban building and development is not piecemeal, but rather of metropolitan, regional, and with a little optimism, national standards.

In the Real World

Elsewhere, urban centers are usually created when all or some of the following functions exist – a commercial center, close proximity to the market, government buildings, a church, a palace, municipal building, and other central axes and pivots that have cultural and social significance. A few classic examples:

A very impressive combination of cultural values and a splendid view, concentrated in a huge urban space. In the democratic capital of the world, where one of its Presidents (Thomas Jefferson) was a talented architect, the (the Mall) is the best example of the right type of urban planning: a home to government buildings, museums, monuments, memorials, and gathering places.

Walter Burley Griffin won the competition to plan Australia’s capital in 1912 and dedicated twenty years of his career (which he began working for Frank Lloyd Wright) to the planning of the city. The master plan is based on a series of circles, the most central houses the Parliament. An avenue of government buildings extends from the Parliament building, which was only completed in 1988, and marks the final link in the project that began some ninety years before.

The project of planning and building the somewhat misjudged capital of Brasilia began in 1956 when the architect Lucia Costa won a competition. Costa, who worked on the project with Oscar Niemeyer, was greatly criticized by postmodern architects for his over Modernist creation. Yet from the point of view of this article, it is hard to underestimate the importance of the government buildings axis that resembles Albert Speers (and Hitlers) monumental city of Berlin.

As for the question which came first, the egg – the corrupted processes of Israeli society – or the chicken – architecture that reflects it well, there is no answer. It is clear though, that as long as Israeli society prefers a poor mans architecture – quick and profitable solutions to long, well-considered planning processes – as long as it is governed by politicians and city mayors that value only immediate architectural results that can be completed during their terms of office, and as long as entrepreneurs who want to make an easy and quick return on their investments continue to run the show – there is no way we can break this cursed circle. What I find even more disturbing is the silence of architects who go about their daily business even when they know that unique historical houses are being destroyed in Tel Aviv, or when they learn that the entrance to the nations eternal capital, Jerusalem, is being designed undercover: the Silence of the Lambs.