Who will buy this wonderful conservation? case study on UNESCOs designations 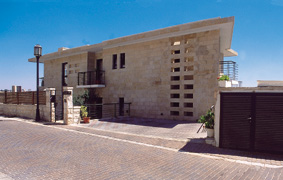 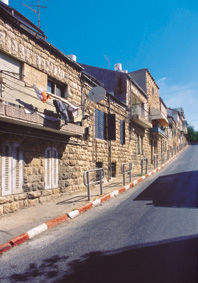 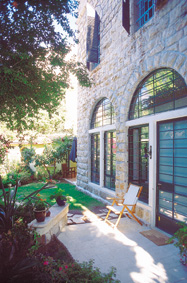 Who will buy this wonderful conservation?

UNESCOs designation of Tel Aviv as a World Heritage site is something to be proud of and it has helped raise awareness of the problems of conservation. Yet the distance from this milestone to the actual establishment of a practicable conservation process is quite far. It is therefore important we take advantage of this opportunity to get the point across to decision-makers.

To date, most building conservation in has been conducted in an experimental, sometimes harmful manner. Tel Aviv makes an intriguing case study. Although the urban conservation committee has contributed greatly to the promotion of the issue, the strong arm approach of the authorities towards the naive homeowners, as opposed to their considerable flexibility towards commercial enterprises, has  generated great confusion. Whilst the number of culture-conscious people who still believe in the consolidation of an architectural heritage is decreasing, the general public perceive it as an economic burden at best, or as a thorn in the side of development at worst. Admittedly, approximately sixty percent of Tel Avivs population has no understanding of the "International Code" nor the Eclectic style, not  to mention why part of their city is referred to as the Geddes Compound.

This article is meant to convey two messages: First, that although the processes of conservation can be defined by universal principles, the nature of each individual conservation project is determined by the particular circumstances. As such, every conservation plan should consider the time, the place, and the unique reality of its specific situation. Second, that most people neither understand nor know how to take advantage of contact with the contents of the past. Even fewer understand the great influence of conservation on the architectural process, and this is largely thanks to the select few who decide when, why and how to preserve what.

The right balance between the desire to perpetuate a moment in time without disturbing the natural need for progress. The notion of conservation is associated with something static, yet one of the greatest advantages of architecture is that it is a dynamic entity, which evolves and adjusts to the changes in needs, according to time and place.

The need to determine what. That is, what is considered the best representation of a period of time, style, or a socio-cultural code? There is a great difference between a single building and an entire complex area – between buildings that have a specific historical value (i.e. Shakespeares house) and my Aunt Hannahs Bauhaus house at . While the first should be preserved like a museum exhibit, the second can be preserved with greater flexibility, as long as the general code and the outward appearance remain in tune with the spirit of the time. Nevertheless, while almost any museum exhibit can be preserved or restored, one can never restore the true milestones, which is why every conservation process must resist the urge to peel away all the additions to the original structure. As in a coral reef, architectural stratification is the real expression of the history of its residents.

Who decides? Since conservation is a cultural activity, there is always a danger that what is considered culture by one, may not be so for another. One of the essential questions concerning conservation is who decides what is cultural? In other words, granting an individual the power to determine such criteria would be absolutely wrong, and it is imperative that  establishment of a conservation council that would include a number of conservation experts should also include representatives of the public, to ensure its scrutiny and cooperation.

Financing. All building processes are defined by their budget, and this is especially so in regard to conservation, which must be evaluated by cost/benefit considerations. Financing the increased cost of conservation must be resolved as part of the conservation process. Old buildings have many limitations, they lack the capacity of new buildings, as well as modern facilities such as elevators, escalators, and air-conditioning systems. Moreover, the planning and building processes of renewing a conserved building are always longer, tedious and therefore more costly.

Historical conservation. Perhaps the best example I am aware of is the urban conservation of the Japanese town Imai-cho that dates back to the era (1597- 1868). Built between the 16th and 19th centuries around the , the city is surrounded by a moat. It spans from east to west and north to south, and its 1200 houses were conserved, yet only eight have been designated as Important Cultural Properties by the National Government.

Preservation of an architectural code. For this definition, an architectural code is based on three parameters: the way the space is organized, its building materials, and the available building technology. One of the worst examples of urban conservation I know is the "Heart" of Tel Aviv which was neglected for years due to lack of finance. One of the best is the Nachlaot neighborhood in , where the historical fabric and the building scale which evolved over time were well conserved because the local building code requires every new building be clad with local chiseled stone.

Economical conservation. Examples of successful urban conservation in that recognizes the economic benefits of conservation such as tourism and urban development are Tel Avivs Neve Zedek and the Old Jaffa quarter, restored in the 1960s and 1970s as a center for artists and therefore tourists. The least successful examples are South Tel Aviv, which had amazing potential, and the renewed . Both are being bombarded by tasteless, culture-less, real estate entrepreneurs.

Political conservation. Conservation that uses architecture to achieve political goals can be seen in the Jewish Quarter in the Old City of Jerusalem where good intentions produced bad results, and a place with the potential for spirit turned out to be a "spiritual" i.e. Orthodox place. Even worse is the , that has been raped over and over by every successive town engineer (see Editors note on subject in issue 54 of AI).

Museum like conservation. The process of restoring and reconstructing a place or a building to recapture a period of time in history can be seen at the Acropolis in . Beith Shean, in , is less successful, and exemplifies a place where planners have totally ignored all the possible advantages of the preservation process (see article on topic AI no. 54).

Sustainable conservation. This is the new, environmentally-aware phenomenon in architecture that uses conservation to minimize the number of new buildings in order to save natural resources. In addition to this important goal, sustainable conservation retains all the benefits of the existing urban fabric that have evolved naturally and have stood the test of time.

In 1972, 158 countries committed to the terms of the Convention Concerning the Protection of World Culture and Natural Heritage and agreed to "establish, keep up-to-date and publish" a World Heritage List of cultural and natural properties. Any country that submits a request to the committee has to prove it can be considered an outstanding universal value. The application form includes tens of clauses – such as the degree of commitment of residents to turn their homes or neighborhood into a designated historical site. These clauses can be divided into three main sections –archaeological cities, historical cities and cities that were built during the modern era. Of these, only the third, which includes cities such as Tel Aviv, are subject to the test of time. In other words, the nation must continually justify its place in the list or otherwise be removed. It is important to note that this particular clause is subject to the close scrutiny of an independent group of experts.

And so…the city of is indebted to architect Niza Szmuk for all her efforts to promote the issue of conservation, but also to the public’s psychological objection to accepting it. Szmuks orthodox outlook is only one type of conservation approach which varies from the nauseating "Easter Egg" type (i.e. the Pagoda House in Tel Aviv), to the collage-like "Free Style" used in the Arab village Manchat in Jerusalem, to the total disregard for what exists, in new schemes such as Project Renewal, the "clear out and rebuild" urban renewal system.

Out of the 1126 buildings and sites included in the list of Tel Avivs conservation sites, only a few were of the Eclectic period that preceded the International Style (the actual reason for UNESCOs designation). Anyone familiar with the real historical buildings of the city appreciates the value of the Eclectic Style. No doubt the general public also identifies their historical value and therefore more easily can accept the idea of their conservation. Places such as , Neve Zedek, the German Templar Colony, and even the Yemenite Quarter – all are evidence that the current methods of urban conservation should be reviewed. Placing all the "eggs" in one Tel Aviv architects portfolio "basket", or in the library of another Jerusalem architect, as respectable as they may be, is not a brilliant idea.

Since conservation is a cultural matter of national importance to the general public, or even, as in the case of UNESCO, of international importance, the sources of funding must be built-in to the process. In more developed countries such as the Slovak Republic, a town that has a population of at least 2,000 must have a master plan that includes all the conservation sites with all the possible ways for combining new buildings within the existing urban fabric. Here in Israel, all of the expenses of conservation rest on the shoulders of the private homeowners. If they want to conserve, they may; if not – the rest of us will carry on "enjoying" their shabby, neglected structures.

Until we reach the sophistication of Slovakia, we will have to make do with the amateur suggestions of "conservation experts," with the illogical plans of the town engineers, and with political aspirations for immediate and visible results.