From the Editors Desk- The Case of Villa Schocken,for example 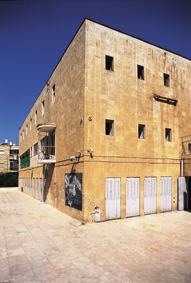 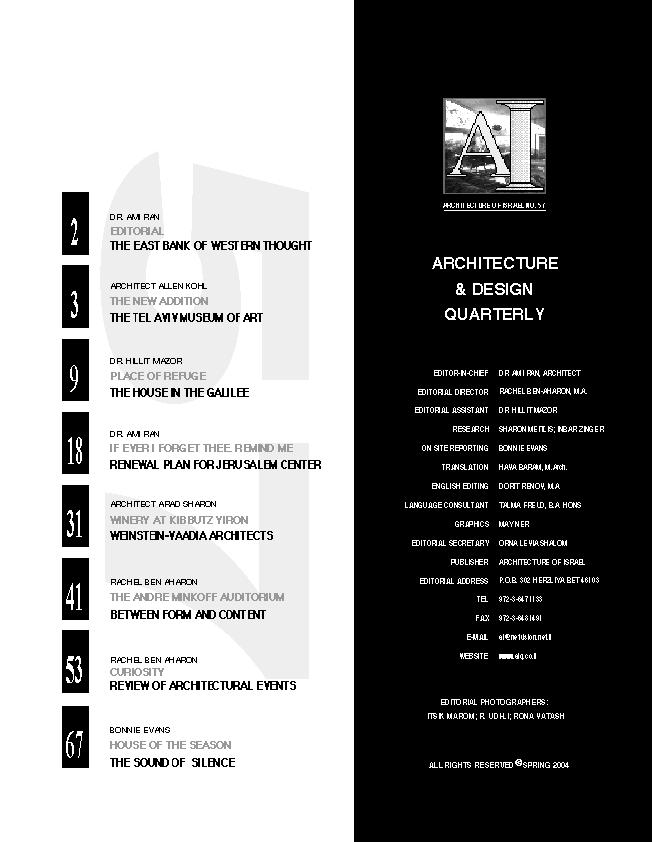 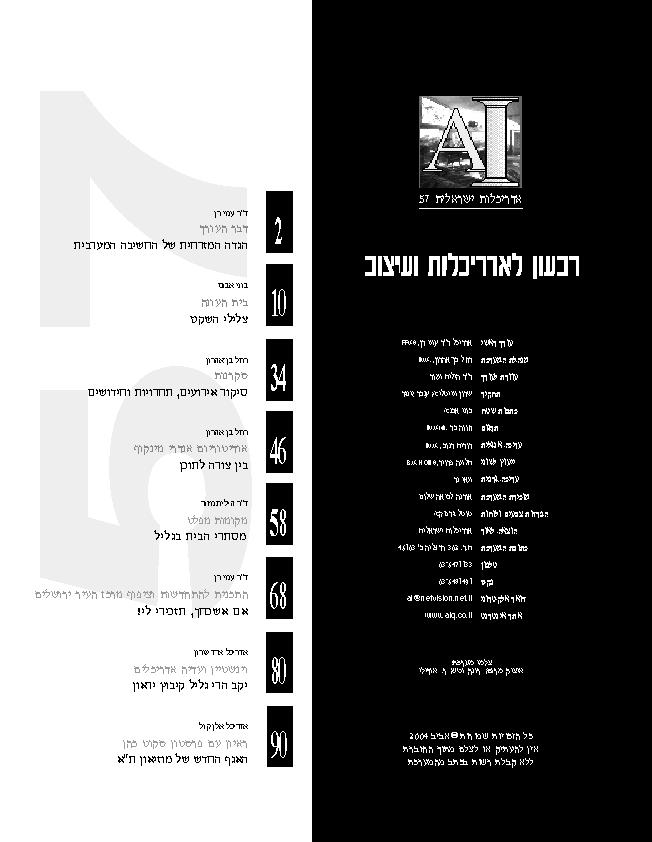 I recently visited the Villa Schocken built in in 1934 for Lili and Salman Schocken. The villa is an expression of architect Erich Mendelsohns ability to build a house within the restricted code of the International style. I am not sure it is the best building in the city, but this is what little we have, and no entrepreneur or municipal worker seeking to expand the coffers of the municipality, should be able to decide which part of our dull architectural heritage can be demolished.

This is especially true when the building in questions is a respectable structure designed by a mainstay of International architecture, who in his brief time in left us with some architecture worthy of notice. The rounded corners, Mendelsohns signature, which he used to break the form of the cubical and rectangular masses, influenced other architects such as Yosef Neufeld who designed the , and Karl Rubin who designed the Hadar House in Tel Aviv. There are those who claim that 50 years later, even architects such as Richard Meyer adopted his approach.

In 1956, the villa was sold to the Academy of Music, who hired architect Yosef Klarwein (who also planned the Knesset building of Israel’s parliament) to design an additional floor and a front wing. Klarwein cleverly connected the plot to its urban surroundings, which had developed throughout the years around the original detached house. A by product of the addition was an intimate inner courtyard formed between the two buildings.

In 2001, the entire complex was sold to an entrepreneur who hired architect Ram Karmi to design a fancy 24 luxurious apartment complex - at the expense of the demolition of the existing building. Since Jerusalem’s city engineer, Uri Shitrit, did not feel comfortable granting permission to destroy a building registered for conservation without the support of the "when-the -occasion-rises conservationists", a public symposium was organized to debate the issue. Judging from some of the things said during the meeting, it is reasonable to infer that very few of the speakers have ever actually visited the site. However, the occasion served as an opportunity for them to voice their opinions, even at the risk of being labeled "cooperative," or just "stupid."

One of the more prominent voices was of that of architect Yaron Turel, who suggested that the building be demolished because Mendelsohns original idea of building his building modestly within the local environment could no longer be expressed. There is no wisdom behind this argument, but then again – with no offense to Turel, who said that one needs wisdom to utter provocative ideas? The entrepreneurs’ false claim that the building was "corrupted and disfigured" was taken too seriously, thanks in large part to the expert opinion of conservationist David Koryanker, hired exactly for this purpose by the entrepreneur. Unfortunately, Koryanker  "forgot" at home all the material on building conservation he has written over the past thirty years, and especially the pieces on the special value of  "Mendelsohn Original."

As my grandmother used to say, one should look for the good in every evil. Since the has decided to release the building from its negligent custodianship, we have a great opportunity to restore and conserve a Mendelsohn Original in all its glory.

The photographs here prove there is still plenty left to conserve. How can one explain to some amateur conservationists that in the case of Villa Schocken, Klarweins addition from 1957 is not "just another urban pimple" that requires a cosmetic treatment?

For now, the main questions are:

When will architect Uri Shitrit remember that his primary role as Jerusalem City Engineer is to conserve and care for the architectural heritage of , even at the expense of his popularity with the big investors?

And more importantly, if and when the building conservationists do wake up from their sleep, how can we ensure that the municipality and other governing bodies are no longer empowered to destroy buildings slated for conservation? Don’t hold your breath, taking into account the fact that the  Building and Sites Conservation Council budget doesn’t even run to a separate phone line for their fax machine, never mind qualified and independent conservation experts.