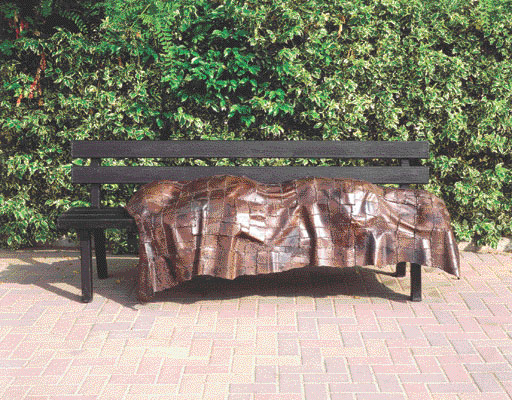 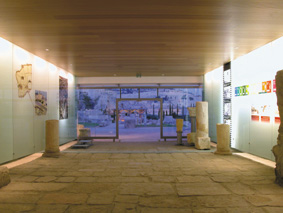 Following the positive reactions to the editorial of issue no.53, which dealt with architectural competitions, we have added a new section to the Curiosity column. Readers are invited to write about any ethical issues and investigations, as long as the information and claims are well-based in facts. For instance, architect Dr. Michael Chyutin writes: "The March issue of ‘The Constructor and the Builder’ published a report on a competition for "Building Excellence."  On page one were listed the names of the competition winners: Edna and Raphael Lerman; on the following page, Raphael Lerman is listed as a member of the judging panel ...

AI comment: It must be a typo, or, at least a coincidence?

The Ayalon Prize for City Planning.

Three offices shared first place in the Ayalon Prize for City Planning initiated by the . Each exemplifies a different approach to city planning: architect Prof. Yigal Tzamirs starting point is the well known two-dimensional master-plan, the kind that no matter how serious its objectives may be, will only end up exploiting building rights; the focal point of Shamay Assif and Naama Maliss entry was the image of the place; and Itzhak Lir concentrated mainly on the architecture of the buildings.

The new, fussy mall "Arena" in the Herzliya Marina is a poor interpretation of the Greek term ‘arena.’ Its vulgar architecture is lacking in basic spatial perceptions. To understand the depth of the problem one must personally adventure through it - get lost in the basement, follow the escalator incorrectly sited at the entrance, and walk under the artificial sky and wonder why one can not see the real one available free of charge next to the sea. Architect Ben Hoffenberg’s intention in loading the narrow, cliché-burdened ‘streets’ with heavy and outdated banisters is beyond comprehension. His claim that "The mall was built for the masses and not for architects," is even worse. Since when do the masses have the means to keep yachts and luxury apartments at the Herzliya Marina? (See illustration on page 40).

The pedestrian bridge that connects the Park and Ride lot near the North Tel Aviv funeral home and the old Tel Aviv port was recently completed. Designed of steel, wooden planks and a stainless steel banister, the long bridge is the sort of refreshing project we would like to see more of in architecture, as well as in other cultural areas.

About a year ago, a debate on the city of conducted at the of of was discussed here. We protested at the time that throughout the whole day no one mentioned that a significant part of the city’s population is Arab. In response, architect Dan Israelovitz informed us that he is currently designing a religious High School. in Ramla. Because of lack of space,  Israelovitz utilized the roofs for recreation areas and raised the structure on columns in order to take advantage of the space beneath. The fact that the project is located on the corner of streets with the Hebrew names of Bialik and Maapilim did not help the Education Ministry to allocate any funding for the project, and it was built and funded by Christian organizations.

The exhibition ‘Contexts’ marks the 25th anniversary of the landscape architecture track at the Faculty of Architecture at the Technion. The exhibition, which includes the works of some fifty landscape architect graduates, was first presented in the Faculty of Architecture and then made its way to the Architects House in . The diversity of works proves the importance of the profession as a means for mediating between architecture and its surroundings. The current involvement of landscape architects in the planning of open spaces is mostly expressed in the overly representational approaches and entrances to cities, yet is rather lacking in the deserted lots in between the built structures (see article on topic on page 9). Several research projects were also displayed.

Sammy Buchri and Eyal Danons ‘House in ’ is another exhibition being held in the Architect’s House in throughout September.

Another (yet another) exhibition titled ‘Proportions’ is currently on show at the Architects House in . It is a collection of works that have won different competitions, in line with the architects’ association’s attempts to promote architectural competitions amongst public organizations. Competitions are an exceptional means for discovering anonymous talents of those who otherwise lack exposure.

Yoni and Itzik Mevorah developed "The Chameleon" stand for storing CDs called. It takes up very little space and can be stored either vertically or horizontally.

The Leon and Israel Reiskin Award for Excellence for final projects at the Technion Faculty of Architecture has been shipwrecked for the summer, after the judges of the final stage reached the conclusion that no one was worthy of the award. It was decided that the judges will reevaluate all the works, including those that did not reach the final stage. Students who feared losing the opportunity for winning the first $10,000 prize, or the second $5,000 prize, have raised their objections.

A number of final projects in the landscape architecture track in the Technion dealt with ecological issues. Shlomit Goldman focused on the semi-island, and Shachar Tzur featured recycling the polluted waters of the .

Ecology has also reached as far as the studio of Dr. Iris Aravot and architect Moshe Adam. Students Yuval Erez, Sherry Rozen and Liat Lift designed an ecological commune for the disadvantaged "Packing Crates" neighborhood of Tel Aviv. The project was based on social equality between the inhabitants: the commune would provide the ideological motivation, the wealthy would supply the resources, and the middle class who would be free to determine how much effort they will invest on ecological matters. In the planning process, the students investigated different means of conserving energy, recycling grey water, and utilization of windmills and photoelectric cells. Friends, if you had investigated just a little further you would find that everything has already been tried, and nothing is really feasible. Anyway, you don’t really need a commune to achieve appropriate reference to the climate - shading, insulation, and suitable use of vegetation.