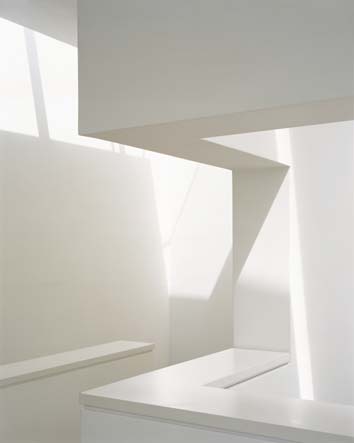 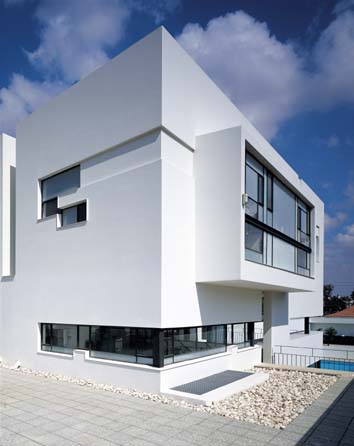 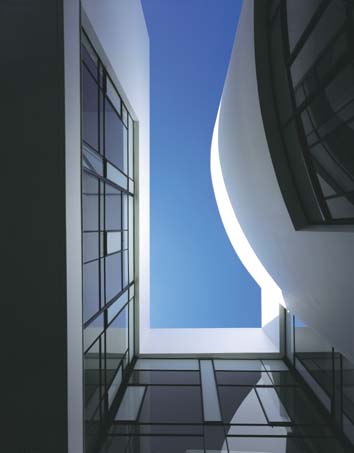 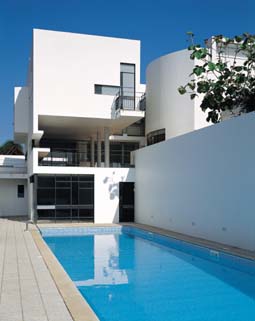 COOL ARCHITECTURE IS NOT NECESSARILY COSY

In 1997, Architecture of Israel published a public installation by two young architects. The idea behind the shade net stretched over a street in Neve Zedek was 'to physically investigate basic architectural notions'. The simple idea attracted our attention since it gave new meaning to two difficult issues - 'Mediterranean' and 'street culture'. The nine projects that followed the initial installation fulfilled the promise and dealt with a number of issues including the Tel Aviv boulevards, the local climate, the beachfront, the city borders, town squares and urban sprawl.

Over the last few years the group became institutionalized under the name 'The Heder Partnership' - an architectural office run by architects Brad Pinchuck, Hanan Pomagrin and interior designer Boubi Luxembourg. The office, situated on the lower floor of a residential building in Gottlieb Street, Tel Aviv is used partly as an art gallery - a moral debt to the cultural realm that provided a way and means of achieving public recognition.

During the five years of its existence, the heder partnership has completed a number of architectural projects. The most important of these is a private house in Even Yehuda. The plot, which extends over a quarter of an acre between two parallel suburban streets, provided an interesting departure point for the design of a house for a family with three children. The building is remarkable for its aesthetic, ordered series of spaces and its close relationship with the existing topography, all of which form a sound base for quality architecture. However, the architectural coolness, perhaps a result of excessive rationality undermines the  assumption, that a 'good' house is - as found in the surrounding houses - a 'cosy' one.

According to the architects: 'The house is the result of an ongoing investigation into the courtyard house with all its Mediterranean connotations of climate, shade and intimacy'. While moving through the house, its interior spaces are slowly revealed. The exterior walls with their small openings protect the interior spaces, and the breeze that blows in over the pool cools the central courtyard.