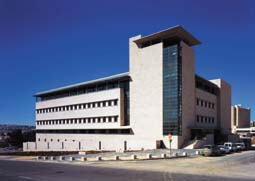 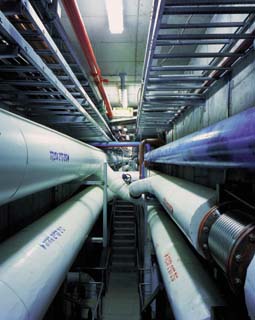 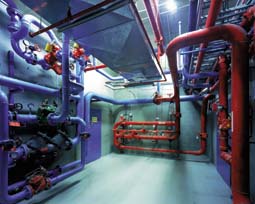 The Energy Center of the new Government Campus in Jerusalem also houses the Ministry of Culture, Science and Sport. As a technological building which expresses a "cultural" value, it was conceived as an opportunity to create "a building with a visual affinity to modern architecture, that has a tremendous impact on the development of the relatively restrained architecture in Jerusalem". Though in contrast to the Modernist code of the 1930’s, this building "does not endeavor to express all its technological components". The main equipment - chillers, sun-heated water tanks, generators, transformers and pumps, is situated on the two lower levels and in various management areas according to their function. The services are supplied through a service duct, cutting the building lengthwise, and by a system of underground tunnels. The government offices are situated round a roofed courtyard, allowing natural light to penetrate into three of the office floors.

Special attention was paid to the control of noise, radiation and air pollution.