On The Abbys Of Babi-Yar Jewish Heritage and Community Center, Kiev 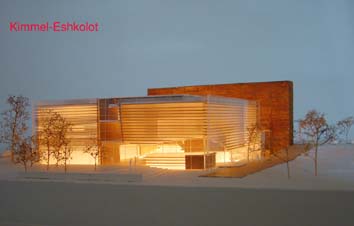 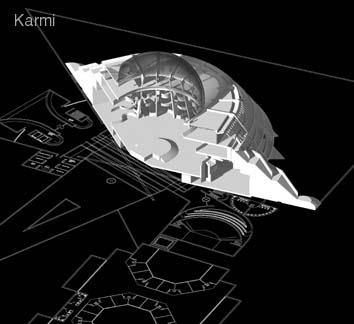 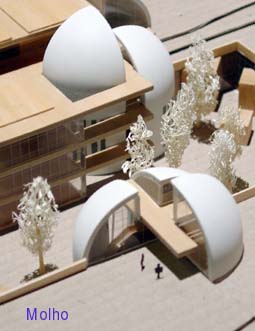 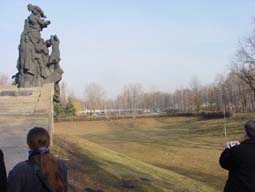 ON THE ABBYS OF BABI-YAR

The open competition for the design of a Jewish Heritage Community Center near Babi-Yar, Kiev, Ukraine has been concluded. Nine architectural firms (five Israeli firms and four Ukraine) were invited to participate in the competition funded by the Joint World Organization (JDC). The Israeli participants were: Plesner Architects who won the competition; Kimmel- Eshkolot Architects in second place; Ram Karmi and Ada Karmi-Melamede; Jacob Molho in collaboration with Paul Beinhaker of the IBI group from Toronto; and Asaf Gutesman. The Ukrainian participants were: Larissa Skorick; Vladimir Shabshenko; Yuri Brodkin and Yuri Deikovinchy; Yuri Klashnik. Members of the jury included three representatives of the Kiev Jewish community, representatives of the Joint and professionals - architect Stanley Tigerman from Chicago, Dr. Michael Levin, and the Dean of the Academy of Architecture in the Ukraine, Dr. Valentine Shtolko. The chairman of the judicial committee was the Joint representative, Dr. Amos Avgar. Five hundred members of the Jewish community were asked to partake in the selection of the winning design.

Babi-Yar was one of the most horrific annihilation sites of the Nazi killing machinery. In the course of the war, approximately one hundred and seventy thousand Jews were murdered; thirty three thousand within two days of September 1941 at the brink of the ravine. Thousands of Jews were forced to make their way up the mountain carrying the remainder of their personal belongings, and stripped of their clothes they were shot to death on the abyss edge. Layer upon layer of murdered corpses were covered by earth and piled one on top of the other.

Due to the active role the Ukrainian police played in the massacre, the Soviet regime who returned to Kiev after the war tried to silence the whole affair and denied it ever occurred. Over the years it was prohibited to erect memorials on the site, and anyone who tried to hold a memorial ceremony at the site, was arrested and imprisoned. In the 1950’s, the Soviets aspired to terminally eradicate the tragedy that stained the distinguished reputation of Kiev, through reaching a decision to "flatten" the gorge on the pretext of the scarcity of available land.

At the beginning of the 1970s, the poet Yevtushenko visited Babi-Yar accompanied by the author Anatoli Koznitzov - a native of Kiev who wrote "Babi-Yar". Horrified by the sight, Yevtushenko composed his famous poem "Babi-Yar, where there is no memorial and no tombstone...". The poem sent shockwaves around the world, and as a result of international pressure, a monumental memorial was erected, yet with no mention of the Jews that were slaughtered there. Thus, except for a small tombstone in the shape of a menorah that was erected in the last few years, to this day there is no trace of the annihilation site, which over the years was turned into a pleasant and serene neighborhood park.

Following the disintegration of the Soviet regime in 1991, Kiev became the official capital of the Ukraine. This enabled a process of collaboration between Jewish and Israeli organizations in order to amend the distortion. One hundred thousand Jews currently live in Kiev, and the proposal to erect a Community Center and a Holocaust Heritage Center on the same site, raised controversy amongst them. Many of the members of the community maintained the Community Center should be built in proximity to the community, while the memorial should be erected at Babi-Yar. Finally, to comply with the authorities, a decision was reached to compromise with the Ukrainian proposal, and to unite the two functions that differ in purpose.

With the opening of the competition in April, the participants were invited to visit the site in Kiev. There, at the serene park amongst lovers and playing children, the Israelis found it difficult to determine where the exact site of annihilation was. Only after receiving old topographical maps and delving into historical sources, the complex picture became clear.

The design process was strongly influenced by past atrocities, and expressed a protest against the continual efforts to conceal the facts. Consequently, numerous proposals focused on a powerful and meaningful statement on the Shoah subject while others preferred to focus on the community function.

Two proposals reached the final stage: That of the Plesner Firm which emphasized the community function and won the competition, and that of Kimmel-Eshkolot Office which aroused controversy as it over emphasized the issue of remembrance. While the professional judges - Dr. Micha Levin from Israel and architect Stanley Tigerman from Chicago, were in favor of Kimmel-Eshkolot’s design, three of the additional judges from Kievs Jewish Community strongly opposed it, as in their opinion, it expressed the issue of remembrance too forcefully. Siding with the community representatives’ claim, that the "Jewish community was not strong enough to express a statement that the Ukrainian nation was not ready to deal with", judges from the Joint Organization finally determined the outcome of the competition.

Central to Plesners proposal stands the image of "the tree of life" that "grows" once more through Kievs Jewry, whose "roots" are clenched by the soil of Babi-Yar. According to this conception, the Community Center (the tree), situated on the upper level and the Heritage Center underneath, will commemorate the killing ravines, by the means of staggered stonewalls. The complex that will blend into the landscape will enable the surrounding forest to envelop it.

In contrast, Kimmel-Eshkolots proposal, categorically differentiates between the two parts of the project, though it still maintains a strong relationship between them. While the memorial building is opaque and made from the same earth that presented a means of "concealment", the Community Center, which is made of wood and glass is "light and optimistic". The removal of a huge chunk of earth and its horizontal placement as a protest creates two spaces - the wall that expresses the "existence" and the "opening" the "nonexistence". The visitors progress from the mass through dramatic spaces to the Community Center atrium, which evolves upwards like a tree.

Asaf Gottesman, who dealt with the artistic issues and their relevance to the center, concluded that there is a need to deal with them with the same gravity as with that of the architecture. Basing his proposal on the  permanent existence of the past events,  Gutesman conditioned the exposure of the activities taking place at the Community Center by imprinted pictures on the glass walls, forcing the experience of the building through them.

Architects Jacob Molho and Paul Beinhaker placed the Community Center in the middle of a large courtyard, sunken beneath ground level, round which the museum was designed. The walls of the courtyard, which were also the museum walls, were built as a collection of blocks, symbolizing the randomly built wooden houses typical of the Jewish town. Despite the containment of the Community Center within the museum, Molho and Beinhaker ensured the separation of the communitys daily activities from the memorial site. A path leading from the Babi-Yar site towards the center through the poplar grove, symbolizes the historic relationship binding them together.

Ram Karmi and Ada Karmi Melamede endeavored to create "a balanced orchestration between past, present and future", the past – the memory of Babi-Yar; the present – the forest, which reflects the desire to eliminate it; and the future - the activity within the Jewish Community Center. However, their proposal leans in a comprehensive manner towards the issue of the Holocaust. A four-story building spread out in a semi-circle, forms a plaza covered by a bisected dome. The childrens activities are concentrated on the entrance level, the second floor houses youth activities, and the third floor holds adult activities. The entrance to the museum, situated on the lower level, is through a small opening at the back of a stage beneath the plaza level. Opposite, the memorial element facing the gorge and the Soviet memorial, "protrudes from the bowels of the earth". Two halls flank its sides: One in honor of the heroism of the three hundred Jewish generals who served in the Russian Army, and the second in memory of the hundreds of thousands of Jewish victims. A series of ramps blocks off the open side of the plaza and offers a view over the Forest of Oblivion.