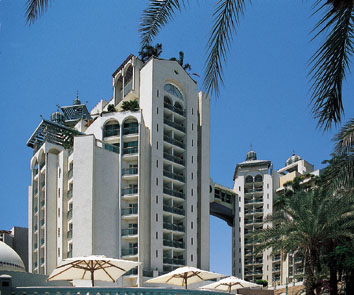 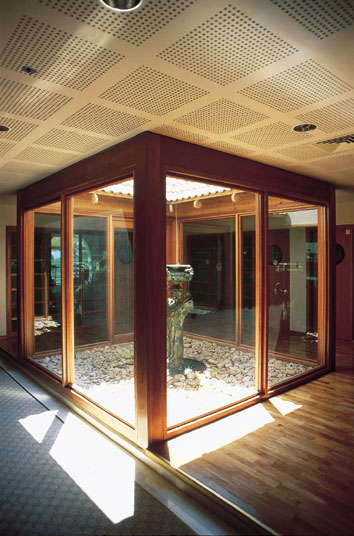 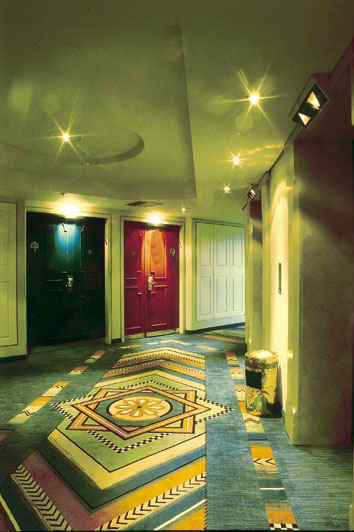 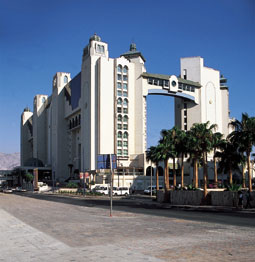 Israel’s luxury hotels are among the victims of the process of natural selection resulting from the uncertain security situation and the global economic down-turn. The Red Sea resort town of Eilat offers ample evidence. There, many Israelis received their first exposure to luxurious living and even more foreign visitors learned the mixed pleasures of encounters with the Israeli tourism industry. In a situation where content is derived from picture postcard illusions, the survivors of the test of reality are those who can successfully combine both form and content.

Eilat’s largest and most prominent resort hotel, Herods, sits on the eastern edge of the town’s north shore. Close to the Jordanian border and comfortably removed from the town center, the area offers an open view of the desert hills. However, the 'clean slate' view does not necessarily reflect a 'clean slate' state of mind: every possible version of a Red Sea, desert, Eastern, or biblical fantasy has already been depicted by one hotel or another.

A night-time approach to the Israeli  Las Vegas reveals a brightly lit complex, rich in shapes and curiosities. A sign welcomes visitors with the promise of 'somthing different'. The firm of Gertner-Gibor-Komet heads the list of planners, consultants and designers involved in the project. However a closer look behind the three major functions – architectural design, interior design and landscape architecture – unveils the hand of the Canadian-Israeli entrepreneur, Yoav Igra.

Igra headed a large architectural firm in Toronto before returning to live in Eilat several years ago. He initiated, planned and oversaw the hotel’s establishment under his architectural approach that 'the design of a hotel is no different than designing a cigarette carton: both must serve a defined functional purpose as successfully as possible.'

'I related to the project as a product design. Buildings should express a language comprehensible to the general public. My architecture is closer to the spoken language than to the academic world,' claims Igra. He is pleased with the results, although he finds it difficult to compromise with the change in clientele which recent circumstances have forced. He insists upon terming the hotel a 'resort because it houses a 296-room 'Palace', a 64-room 'Vitalis' spa, and an additional 110-room 'Forum' convention center connected to the main lobby by a bridge over the access road.

How do such a great number of Eastern fantasies tie in with your rather functional definition of a hotel?

'The hotel guest is paying for the building and the services it provides. The buying process begins with an image the travel agent presents to you and ends with the actual experience of the building. Before the architect begins his work, he must investigate and understand its uses and users. The Palace is tailored to families and the Forum for a business-oriented audience. The Spa is for those who want to spend 24 hours in a purely therapeutic atmosphere. They come without children, they don’t smoke, and they don’t use their cellular phones.'

Is the sectoring of the guest population justified today, when tourism is at an all-time low and Eilat hotels are struggling to survive?

'Apparently. The hotel is still fully booked. When you design a hotel you must also consider the long-term shelf life of what you are offering. If you design a contemporary hotel, you risk losing your freshness over time. We chose our style to be independent of fashion and period dictates.'

The use of a modern interpretation of historical content expresses a definite post-modern style. How is your concept different?

'I don’t know if it is correct to define the building post-modern. Our concept is holistic. We were very loyal to our architectural truth and its local connection, although we really let ourselves run wild with the decorative elements. Part of the set is a game, a show. The furniture in the rooms is not chosen from a catalog – it is all designed by us (Irga). I knew that if were to build just another Eilat hotel, the competition would be tough, we had to try something new. And that is what matters to me as an entrepreneur with an architectural background.'

It is difficult for me to accept the differences between what I had expected as an architect and what I experienced as a guest. I remember the impression I got from the public spaces of the Taba Avia Sonesta hotel (designed by Uri Blumenthal). It blended beautifully within the landscape while allowing the guests to experience it from every corner of the hotel. This is also reflected at the Princess Hotel (designed by Yehuda Feigein), where you eat breakfast right in the midst of the surrounding cliffs. In your hotel, you wander around the most luxurious hotel in town and you dont even know you are in Eilat. The hotel brochure elaborates 'classic content born of the desert throughout thousands of years'.

What about authenticity? Why for example, did you use fake rocks?

'The subject of 'Herod’s Hotel' is a fantasy by definition. Meaning, the disconnection from reality and entering into a fictional, perhaps even humorous, reality. The point is that we did not create fake rocks: we created the image of an ancient building with plastic materials. When you refer to the 'archeological preservation' of the arches of Petra, you are better off using comfortable materials, and not Jerusalem stone, which misses its purpose in any case and even misleads its audience.'

What is happening with your Toronto office today?

'I stopped working for others twenty years ago. Today I am an entrepreneur indulging only my own fantasies. I transferred the office to the employees and they run it. When I need to design something, I dont hesitate to work there.'