Editorial - Good Intentions are No Guarantee 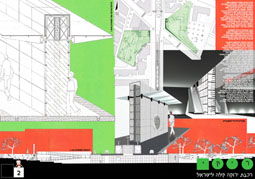 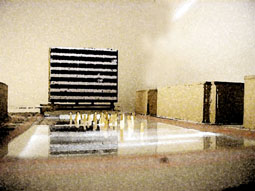 Good Intentions are No Guarantee

On a recent Saturday morning, we found ourselves at Givat Olga  (‘Olga Hill’). For those not familiar with the relevant chapter in the history of Zionism, the area was named by Joshua Hankin, who in 1890 purchased large swaths of land in the area for the purpose of developing an agricultural settlement. The settlement grew into the bustling town of Hadera. Not content to rest on his laurels, Hankin sought to establish a second town on the Mediterranean shore south of Caesarea, to be named Hephzibah. In 1936, he asked his nephew, architect Joseph Ben-Ora, to plan a house for him on a cliff overlooking one of the most beautiful stretches of beach in the country. In the spirit of the times, the house was built in the International style. Its large square windows faced the open bay and Hankin’s status was underlined by the house’s situation above the resort he planned would 'grow out' of the dunes. The architect boasted that 'the broad glamorous stairway climbing the cliff is a complex engineered construction, intended to provoke the awe of passersby.' The cornerstone was laid for the town in 1940, but instead of the resort town envisaged by Hankin, the area became in the fifties a housing estate for immigrant  families. Hankin’s wife, Olga, was memorialized in 'Olga’s Hill.'

The Hankins never lived in the house  on the cliff, which over the years became as neglected as the neighborhood at its feet.

About two years ago the Council for the Preservation of Historic Sites & Buildings began to renovate Hankin House. Newly refurbished with a café , it was opened to the public  and on a sunny winter’s day appeared as an ideal spot to enjoy a cup of coffee and a fresh sea view. As if we were on vacation in Cyprus, for instance. After climbing the new staircase cut from Jerusalem stone, which clashes loudly with the natural sandstone cliffs behind it, we sat at one of the few tables on the narrow verandah and waited with anticipation for our cappuccinos and  homemade biscuits, and turned to face the open Mediterranean.

Good intentions aren’t always enough. The brutal steel fence hemming in the verandah was surely a bargain buy from Alcatraz. Forced away from the seascape, we were confronted by the adjacent  euphemistically named Beach Village, a great hulk of a high rise designed with incarceration in mind. The obtrusive development has been adopted by the Ministry of Defense as a vacation spot for soldiers, a worthy project had it been placed elsewhere. As it is, the building cuts off the bay with depressing efficiency. And as for Hankin House: kudos to the Council for the Preservation of Historic Sites & Buildings for their good intentions. Any genuine effort to preserve what remains of our architectural heritage is welcome. Unfortunately, results like these leave us nostalgic for the neglected alternative. At least then we had cause for optimism.