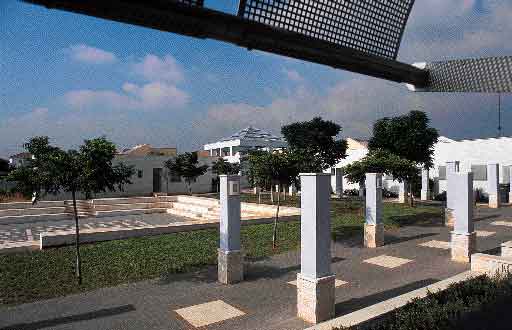 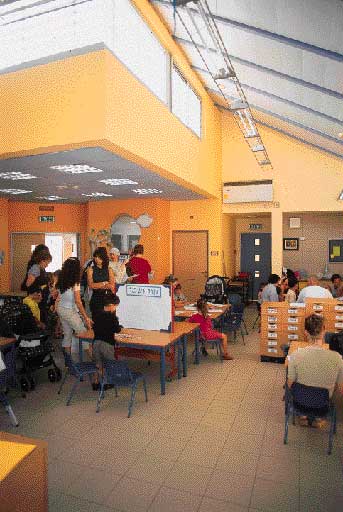 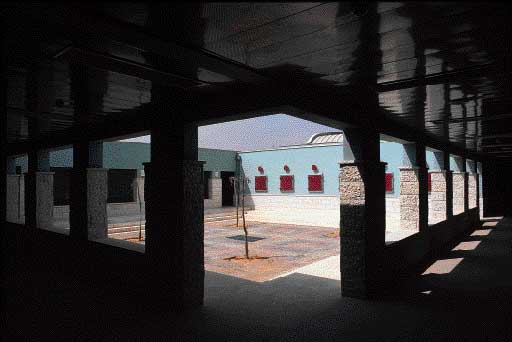 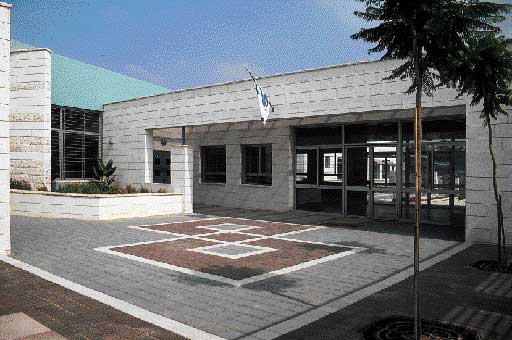 In 1998, Yechiael 'Chilik' Korin received a fax from the prophet of rage of the Israeli art scene, sculptor Igael Tumarkin, saying:

'Allow me to compliment you on the new elementary school at Kadima. I was deeply impressed by the schools form, clean lines, the formal and functional placement of the spaces, the exterior expression which is echoed and contrapuntal in the interior, the choice of materials, and above all, the proportions which ensure that the little ones feel big in their own micro-cosmos.'

Tumarkins uncharacteristically gushing compliments drove me to visit three schools Korin has recently completed, concequently, to say to Tumarkin: 'You are not a prophet of rage, but a sharp-eyed architectural critic.'

Chilik Korin is well known as a modest architect. His is not a bombastic architecture that leaves you speechless, but rather a calculated and honest creativity which speaks for itself. His resume lists him as a graduate of the Faculty of Architecture and City Planning at the Hebrew Technion in Haifa. Theres no Turkish Technion in Haifa, of course, yet on second thoughts, perhaps the emphasis is Korins most important message - 'I create local architecture for everyday people.'

Korin has taught at the Technion since 1987 and at Tel Aviv University Faculty of Architecture since 1995. Among his more familiar works are the Sokolov plaza in the center of Herzliya, Balfour Street Community Center in Tel Aviv, a religious neighborhood in Beit Shemesh, the Mashtela residential complex (as landscape architect), as well as Ramot neighborhood in Beer Sheva, many residential buildings and the three schools, which illustrate this article.

When you took me on a tour of the schools you designed in Kadima and Taibe, you related to the opening of the school year with an almost childish excitement.

'Perhaps because for me the dialogue with the project begins at the point of connection to the future user. I let him take part in all my debates and this creates an element of surprise at the moment of inauguration of the building. At that exiting moment, the intention is tested in reality.'

Despite your almost emotional connection to the place and its people, one can spot details that are dragged from one project to another.

'Thats only natural, isnt it? Every project prepares you for the next. There is a learning process that saves you from mistakes and disappointment. There is a tendency to use successful details more than once, particularly in institutional projects such as schools. There is a written programme as well as a verbal programme. The written programme meets the gray requirements, some mandated by law (size of rooms, openings and banisters). The unwritten is something that is formed during the planning process. This is when the real understanding of the needs of a place and its people takes hold, and this is what grants every building its individual image.'

Is this the reason that your schools demonstrate the childs point of view more than that of the policy-makers at the Ministry of Education?

'Despite my distance from childhood, I try to plan places where children spend most of their time, from their own orientation. For me, the ability to plan something suitable for children is a voyage into foreign worlds. By the way, this is precisely where the discrepancy is created between assumptions and inexplicable feelings in the planning process and the final results.'

Give me an example.

'I take into account the hierarchy among the children, and plan sub-courtyards, in addition to the central courtyard which will most probably be taken over by the big kids. In contrast to general opinion that the view detracts from a childs concentration, I plan windows at the childs level. So if they must daydream, let it be of the view.'

Today, when overly colorful and multiforms have become outdated and criticized, why are they still a prominent component of your schools?

'I dont regard colorfulness as a merely decorative necessity, but rather as an inseparable component of architecture. Especially in planning schools, color has a functional effect. The colors emphasize the formal components and avoids an architectural mish-mash, which is deservedly a source of criticism these days. The colors sharpen the difference between the various units, between a wall and a cube, between the interior and exterior, and different types of materials. In addition, pedagogical research shows that an environment rich in visual stimulation contributes to the childs development.'

Is it not more correct to let the materials speak for themselves and use the natural light and shade play between the masses?

'The colors emphasize the qualities of the natural materials and echoes them. In the Kadima elementary school, for example, the prominent finishing material on the exterior is the natural stone. The colorful emphasis is surprisingly revealed only when entering the inner courtyard. There the color shading system emphasizes the places which belong to each class, building a sense of identity, especially when one counts recurring elements such as the classrooms.'

'The planning concept in the Kadima elementary school was derived from certain pedagogical definitions, which created a flat, one-floored construction, composed of units with individual identities. Each unit is intended for a different age group, and includes all the elements it requires: classrooms, a public space, bathrooms, bomb-shelter and a separate courtyard. The relation between the units is created through 'streets' and 'squares' around a communal courtyard. This concept allowed for the school to be developed in gradual stages.

In Taibe, on the other hand, the planning process was derived from the life patterns in the area. There I had the clear intention of fortifying the authentic architectural language, which is gradually disappearing in light of modern architectural codes. I admit I saw this as an opportunity to affect the development of the local architecture, and searched for a way to reinforce traditional motifs, without neglecting modern architectural language. The result is massive building around inner courtyards and covered passageways, with modern versions of the traditional 'mashrabiya' (window shades). I created a constructional sequence of rooms and courtyards, in order to express what I saw as the image of a Middle Eastern fabric. And this may be what is common to both Taibe and Kadima.'

The state of the building market has driven many architects to seek a livelihood within academia. Your office is still swamped with work - what are you doing at the university?

'Perhaps I am trying to invent an ideal educational atmosphere for myself in order to find creative freedom and therapy from our everyday lives.  The sharp polarity between hectic work in the office and relaxed teaching at the university, recharges my batteries. But this helps me as an architect as well. Working with students compels me to keep searching for the primary components of architectural thinking, a state of openness to new ways of thinking. It creates a renewed understanding of architecture and improves my motivation to express it in new projects.'

What message are you trying to pass on to your students?

'I try to preach pluralism, meaning that each problem has an endless variety of solutions, and nothing is to be taken for granted. Teaching architecture is composed of different stages piled up on the student over the years. From each teacher he gets something different. Each student comes with his own individual baggage and independent train of thought which I try to nurture. I aim to build, together with the student, an individual planning process, even if I personally would have chosen a different solution.'

Why did you insist on ending our tour at the shaded pergola in Herzliyas Sokolov square?

'Well, we have not yet spoken of philosophy. The shaded pergola is the timeline in the planning of the adjacent synagogue complex, which as you know I put much energy into. In my opinion, the square proves that using simple elements such as the pergola and shading plants, you can achieve a sense of place, if it is located at the center of an urban square. I know you are not impressed by the stone-work there, but the movement along the stone-coated columns, alongside ceramic tiles with historic pictures of the city, creates an urban experience which is rare in the modern urban setting. You can sit or walk along the pergola, watch the water flow at the edge and detach yourself from the bustle of the town.'