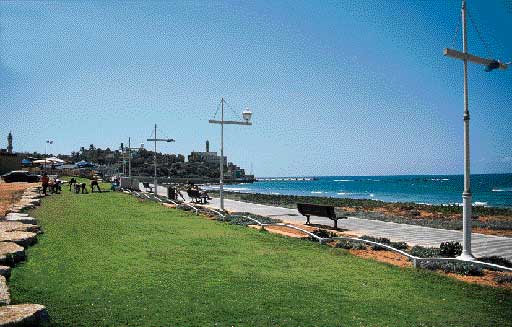 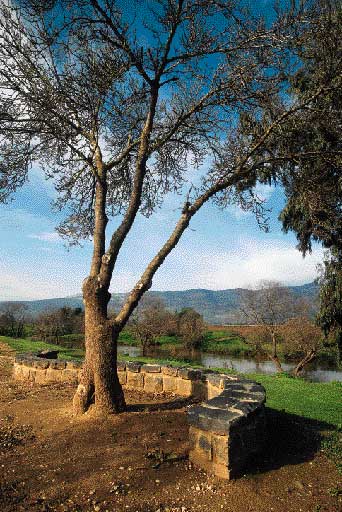 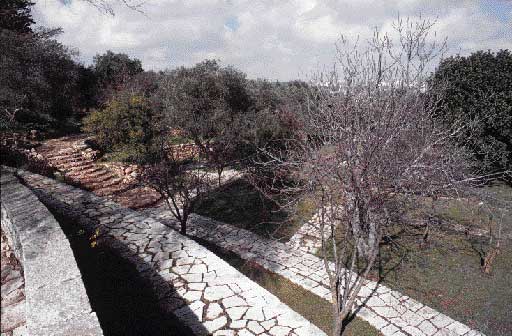 The freedom to wander around outdoors is a crucial element in urban quality of life, as exemplified in the Roman Cardo and Greek Agora of ancient times, along with the more recent Champs Elysees in Paris, Barcelonas Ramblas, and even Tel Avivs Rothschild Boulevard. As urban density increases, so does the need for getaways where one can escape the bustle of city life. Central parks and peripheral promenades became a vital component in urban centers. In more recent times, technology has led to dramatic changes in urban lifestyles; air-conditioning and the Internet have granted indoor places an advantage, and molded a completely different attitude towards the outdoors. Today, planners must meet the challenge of providing outdoor attractions that restore the citys natural advantages as an arena for social interaction.

Beach-front promenades, river-side walks and mountain-top pathways grant a feeling of escape and closeness to nature so rare in the hectic city. Perhaps this is why landscape architects presented with the challenge of planning promenades, tend to base their concept on scenic values without particular reference to other important activities such as accessibility, commercial or leisure activities, shading elements and most importantly, visitors parking facilities.

The Tel Aviv promenade between the 1930s and 70s, is a fine example. It offered residents an escape from the citys heat, adjacent to Tel Avivs main commercial center, Allenby Street and Ben Gurion Boulevard which drew pedestrians towards the beach. Along the promenade, cafes, shops and even slot machines provided entertainment in pre-television days. In the 1980s, an attempt to revive the promenades qualities was a mixed success. Access to the beach from Ben Gurion Boulevard has been blocked by the concrete mass of Atarim Square and Allenby Street had lost its commercial significance. No better is the recent extension of the promenade towards Jaffa, and the 'Sea Wall' Promenade next to the port. Both lack attractions and visitors, despite the excellent sea view.

Meanwhile, a promenade which ran through shaded grass expanses, has developed slowly but surely along the banks of Yarkon river. Due to the surrounding Tel Aviv metropolitan Yarkon Park and vicinity to the city, it is rich with activities and easily accessed by visitors. A number of bridges and paths, essential for the smooth flow of pedestrian traffic, improve access between the two riverbanks.

Built on the northern bank of the river, the Daniel Rowing Center (by Plesner Architects)  will extend the promenade by 400 meters. This promenade (by Braudo-Maoz) will include a terraced garden and seating area. An extension will connect the old port area, now a major center of city night-life, to be served by two additional bridges (designed by Bar-Orian Architects). The first bridge is a refurbishment of the old Reading Bridge originally constructed in 1936. The second bridge will connect the 'Park and Ride' parking lot to Tel Aviv port. The Yarkon River master plan governs the development of the promenade and was prepared by Rahamimoff-Brandeis. This plan emphasizes the need for continuity to accommodate pedestrians and bicycle riders along the riverbanks, which starts in Rosh Haayin and ends as (almost) all rivers do - at the sea.

A river that hardly reaches a sea is the Jordan. The first phase of the Jordan promenade (by Tally Tuch) has been completed between Kibbutzs Sde Nehemia and Kfar Blum. This promenade (like the river) is characterized by accessibility problems. Although it connects the nearby kibbutzim with the area school, visitors are denied access via the kibbutzim, and the adjacent Yossef Bridge Road has no provision for roadside parking. As a result, the promenade is mostly deserted, despite its architectural beauty.

Jerusalem boasts neither rivers nor beaches, and its main resource is the city and its historic constructions surrounded by a mountainous landscape. During the 1970s the Jerusalem Committee, founded by the then Mayor of Jerusalem, Teddy Kollek, decided to establish a string of promenades along the Armon Hanatziv hilltop, to limit the citys sprawl. The site offers a wonderful view of the Old City and in the 1930s was exploited for the official residence of the British High Commissioner. Architect Austin Seth Brev Harrison romantically placed the Commissioners bedroom at the top of a stone tower, so he and his wife could awaken to rays of the sun rising over the British Mandate. Near the house were planted an enchanting garden and grove of pine trees.

The juxtaposition of the natural area and the view rich in history offer an excellent starting point. Jewish tradition holds that this is the hill from which the Patriarch Abraham first saw Mount Moriah, where he was commanded to sacrifice his son Isaac. Christian tradition has it as the spot where the high priest Calaphas decided to turn Jesus over to the Romans. Thus the hill was nicknamed the 'the mount of evil council' (with no connection to the present UN headquarters occupying the High Commissioners Residence). In Arabic it is called Ras Mukhabar and the adjacent village, Jabel Mukhabar.

Planning of the promenade was entrusted to the American landscape architect Lawrence Halprin, a member of the Jerusalem Committee along with renowned architects such as Louis Kahn, Buckminster Fuller, Bruno Zevi and Moshe Safdie. Halprin designed a chain of three promenades between the Saint Claire Monastery in Abu Tour and Armon Hanatziv. First to be built was the Haas Promenade, designed by Lawrence Halprin together with Shlomo Aronson. Then followed the Sherover Promenade, also designed by Aronson. Most recently, the Goldman Promenade was completed at the foothills of Armon Hanatziv, designed by Lawrence Halprin and Bruce Levin.

The Goldman Promenade lies in the pine grove of the Commissioners residence, and demonstrates a freer style with asphalt paths bordered by stone edging. The promenade enjoys a wide view that encompasses the Arab village Jabel Mukhabar and the Kidron valley (on a clear day, one can even spot a patch of blue, the Dead Sea). The promenade begins at the Haas Promenade parking lot and leads visitors by a fountain, on to the amphitheater and a shaded spot for bird-spotting. The kilometer-long path reveals the remains of a Roman shaft which connects to a water spring and aqueduct, one of four ancient aqueducts that brought water to the old city during the Hasmonean period in the first century BCE.

The crowds of visitors are staying away at the moment. The relative distance from the center of town, lack of signage and commercial facilities leave the three promenades and adjacent parking facilities almost completely empty during the day. Perhaps the completion of the Mishkanot Haroim tourist center at the south end of the promenade, and the return of better times, will bring the visitors back.