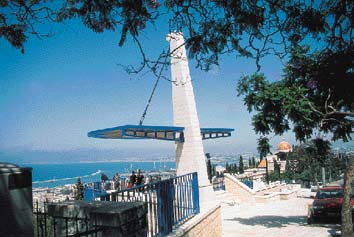 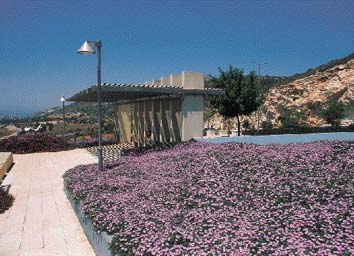 Compared to the picturesque appeal of the mediaeval city, modern cities are distinguished by the harshness of their appearance. Urban planning practices based on zoning schemes which divide the city into quantitative areas, fail to recognize that ‘the place’ is experienced through the eyes of the beholder. The concept of ‘townscape’, promoted worldwide by the Massachusetts-based Townscape Institute, is intended give visual coherence to the modern urban landscape. While the term is not new to architecture, it attracted renewed interest as a result of the work of Gordon Cullen. He gave new meaning to traditional concepts like sense of place, urban qualities, and environmental emphasis’, which distinguish between gradual and spontaneous building with cultural, social, and emotional continuity, and accelerated, rational or “fragmented” building resulting from distinct theoretical changes.       Although fragmentation of the urban landscape is common in cities all over the world, attempts have been made to overcome this phenomenon through the inclusion of visual appendices to a city’s schematic plans. This approach has yet to penetrate Israeli consciousness despite the obvious need.

The city of Haifa exemplifies fragmentation at its worst. It is a city of diverse neighborhoods that refuse to be reassembled as a single urban unit. Blessed with natural resources such as varied topography and proximity to the Mediterranean, the municipality’s lack of environmental sensitivity coupled with faulty planning have resulted in brutal damage to scenic values. The city is cluttered with inter-city transportation arteries that contribute to traffic congestion instead of relieving it. The recent merry-making accompanying the completion of the essentially ceremonial Bahai Gardens is perhaps the best example of Haifa’s determination to remain divided along its length and breadth. A city embarrassed to look at itself, Haifa would rather view the stunning scenery around it.

It is in this context that we should bless the scenic route currently under construction. A series of observation points along Haifa’s hills and valleys, it will start iin the eastern neighborhood of Nesher, pass through the Stella Maris quarter in the west, continuing through the campus of Haifa University before heading back down towards Haifa’s Silicon Valley in Tirat Hacarmel, to reconnect with Carmel Park in the east.

Established observation points like the sculpture garden on Zionism Boulevard and the Lewis Promenade on Yefe Nof Street, will be integrated with ten new observation points designed to offer views of Haifa Bay and the Mediterranean. From certain points, visitors will be able to see the lower city where the German Colony and Wadi Salib rehabilitation projects are underway. Since each of the observation points was built with funds supplied by a different donor and designed by a different architect, each will express a unique interpretation of the diverse contexts.

Based on the results so far, this type of planning freedom may serve to break Haifa’s perpetual vicious cycle of an isolated and alien landscape that is the product of dense construction of massive blocks of buildings. In the absence of a coherent planning language, however, the problem of Haifa’s fragmented appearance will remain. The city will continue to be a series of parking lots instead of public squares and open spaces designed to offer citizens a break from the concrete mass.  When it comes to Cullen’s emotionally-laden concepts like sense of place, interaction points, scenic diversions, clues, and mystery, there is a real need for a more sensitive urban vision. With the lack of building regulations to guide the finished product’s appearance, there is no chance to achieve coherency.

While the new scenic route initiative may indicate an internalization of the scourge of Haifa’s fragmented urban landscape, it is not enough. So that visitors along the scenic route may turn their attention toward the city without flinching, a drastic and immediate facelift that utilizes all the concepts of ‘townscape’ is essential. The responsibility may lie with official city planning institutions, yet it is incumbent upon architects to become involved with the building plans, because urban planning solely based on dividing quantitative areas is not enough to achieve urban quality of life. Limiting the spread of irritating billboards and signposts, renewal of ‘dead’ areas, and immediate attention to building exteriors can add emotional content to soulless development plans and bring the city back to life. In this way, perhaps the curse of Haifa’s fragmentation can be softened by the creation of a more elegant and cultured urban environment.