House of the Season- Between Form and Aesthetics 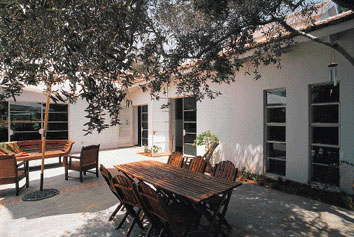 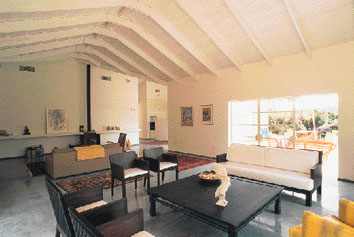 To tile or not to tile

The ongoing argument between proponents of flat and tiled roofs for domestic buildings parallels the other ongoing, unresolved conflict in this part of the world. Right now, the side in favor of the familiar, old-fashioned tiled roof seems to be winning. Whether this is due to a pre-existing master plan or the absence of a satisfactory alternative is unclear. As in every power struggle, the truth lies somewhere in the middle. So where do we go from here? Not every flat-roofed house expresses functional planning, as the Modernists believed, and not every tiled roof satisfies the quest for aesthetics, as the public believe. Most houses in Israel are blessed with over-ornamentation and a tiled roof only makes things worse. On the other hand, even a plain, flat roof cannot compensate for a lack of serious architectural context. The pros and cons of both are dependent on circumstances, climate trends and, especially, personal taste.

One conventional justification for the tiled roof is that it simply connects a house to the good old days, when a house was a home and not an architectural competition. A stroll down memory lane is preferable to the spectacle of an architectural conjuring-job attempting all sorts of tricks. Such creations may star in magazines, but they are not necessarily more comfortable, and all tricks get stale over time.

The optimal way, perhaps, is to start with a veteran home, something from the fifties, and refashion it in line with contemporary needs. In such cases, no one can accuse the architect of being out of date, and everyone benefits, even in the exclusive suburb of Savyon.