The Shoah is not a Show - Design of Holocaust museums 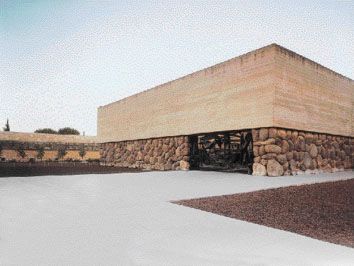 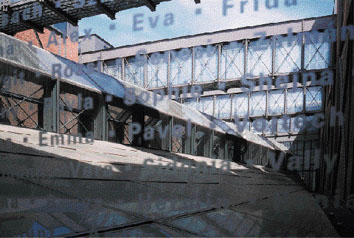 The Shoah is not a Show

Architectural excellence, aesthetic beauty and financial solidity are not the only factors in the success of museums and memorial sites for the “Shoah” (Hebrew word for Holocaust). As Jean Baudriard once said, 'Forgetting destruction is part of destruction”, reminding us that preservation of every possible testimony is a crucial component in the ongoing front against Holocaust-deniers. Is the museum the right vehicle for ensuring that the Holocaust remains on the public agenda? Is it the best way to confront Holocaust-denial? Does it convey a message to future generations?

There is no one concept for the establishment of museums and monuments beyond the vision of those who have the means to dictate its terms. The fundamental question, is there any form of architecture capable of expressing such human tragedy, gives rise to endless questions reducing the subject to statistics and “evidence”, depending on the date and location.

Are museums a better medium for marking the event, better than monuments or other memorials? The difference between a regular museum displaying mankind’s achievements and a museum chronicling the Holocaust is that the enormity of the event demands that it be reflected not only in the artifacts and how they are exhibited, but also in every element of the institution, including its permanent and temporary exhibits, assembly areas, exhibits, cafeterias, and the bookstore.

If a museum is a building based on aesthetics and beauty, how does one present the aesthetics of horror? In the absence of authentic artifacts, one must rely on virtual presentations of a limited number of 'Holocaust images.” A visual saturation of dramatic cliches is used to attract the attention of the detached museum visitor.

Comparison of famous Holocaust memorial museums demonstrates the genre’s problems. The United States Holocaust Memorial Museum opened in Washington in 1993, after seven years of construction. Designed by architect James Ingo Freed, and built at the cost of $168 million, it is widely considered to be a success worthy of imitation. Its vast and complex interior is based on formal narratives, according to German-born Freed. The visitor embarks on a “journey' through the exhibits, navigating a series of challenging and awkward walkways, designed to elicit a degree of physical discomfort. The route winds from the fourth to the first floor, until it reaches the memorial hall, shaped like the Star of David.

In New York, the Museum of Jewish Heritage includes a “Living Memorial to the Holocaust.” It attempts to educate the public about the Jewish experience “before, during and after the Holocaust”. Kevin Roche designed the building, completed in 1997 at an investment of $60 million. Situated at the southern end of Battery Park; the six-sided building is used to symbolize both the six million who perished and the Star of David, despite its exterior which hints at a Chinese pagoda.

In Germany, death camps have been preserved to serve as the most authentic of artifacts. Ruined synagogues have been rebuilt as museums, powerfully “exhibiting” themselves. The Libeskind Jewish Museum in Berlin, while not faciltating exhibitions, functions as a monument despite having failed in its mission to serve as a place of storage of Jewish art treasures. In Poland, where much of the Holocaust horror took place, there has been debate over the past decade regarding proposals to build a museum in Nalevki (former ghetto of Warsow). In the end, it was decided that the museum would focus on the achievements and accomplishments of Polish Jews, which is ironic in that such attention onced served as the fuel of anti-Semitism.

Any discussion of Holocaust museums should start and perhaps end at Yad Vashem, the Jerusalem center designed to express Israel’s national commitment to preserve and safeguard testimonies of the Holocaust for future generation. As time passes, “living testimonials” are fading and a periodic reassessment is called for. Fiscal contributions are generally aimed at extending and maintaining buildings, and not necessarily towards acquisition of exhibits; the result is not always authentic.

The standard museum approach to documentation and memorial of Holocaust artifacts usually fails to do them justice, often reducing the significance of other subjects involved. The Memorial du Martyr Juif Inconnu in Paris was one of the first Holocaust museums; it has also become a site of renewal and redefinition as the largest memorial of its kind in Europe.

Jews who returned to Paris after the war tended to avoid reference to the Holocaust, except when searching for relatives or in collecting compensation. The establishment of a memorial center lead to much resistance among them and almost to a civil war. They viewed helping the many remaining orphans as their main concern, and others wanted only to escape the Judaism that lead them to the death camps. During the inauguration ceremony in 1956, the Chief Rabbi of Paris begged that the sacred site not become a battlefield.

The Contemporary Jewish Documentation Centre (CDJC) project was the dream of Itzhak Shneorson, a Parisian blessed with a sense for history, who early in the Second World War began documenting the Nazi horrors. On returning to Paris after the war, he decided to erect a monument in memory of the murdered Jews, turning to Jewish Auschwitz survivor, architect Alexander Frasitz. He proposed a building to house Shneorson’s documentation, including the Gestapo archive seized in Paris after falling from a fleeing Nazi truck.

The City of Paris offered a section of land in the Marais - the district most identified with Jewish history in Paris. It was designed to house both the Memorial and the CDJC. The German Committee of Compensation Payments expressed its support of the idea, albeit on condition it should be dedicated to the entire six million murdered and not just the French. And because this was a first attempt to deal with the Holocaust, contributions arrived from all over the world. The site was declared the property of the entire Jewish people, and world leaders attended the cornerstone ceremony in 1953. The only leader opposed to the project was Israel’s first prime minister, David Ben-Gurion. However, the founding of the French memorial spurred him to finally approve the long-delayed Yad Vashem Law, which declares that only the State of Israel has the right to document the Holocaust. Shortly after, Yad Vashem Institute was lauched; begun as a modest building and memorial tent, today it is boundless in size and reach.

Meanwhile in Paris, the CDJC building was inaugurated in 1956, gaining prizes and international attention. Its plain building of four floors did not anticipate the tremendous focus the Holocaust would gain in the future, nor that its documentation and study would require vast acres of storage space. Its archives contain details on 400,000 victims and the library houses over 65,000 books in seven language. The buildings identifying component is a lattice wall constructed of Stars of David, whose presence is projected throughout all the buildings rooms, and a courtyard facing the street, which is always seen through bars. A huge bronze column symbolizes the crematorium chimneys, and the names of the death camps are engraved in the floor.

A major extension is planned to be named the Shoah Memorial. The enlarged site will not join the parade of sensationalist architecture (for marketing purposes) due to its location in the district of Paris that is most strictly conserved. The additional 2,600 meters will be mainly below street level. The new plans will include committee areas, temporary and permanent exhibit halls, some using virtual representations from the Washington museum and others from Yad Vashem. The founders dream of engraving the names of the victims (French) on the walls of the center will be fulfilled with the opening of the extension. On walls four meter high, coated in Jerusalem stone, the names of 76,000 French victims will be carved.

If documentation of the names of the murder victims is the central subject of the programme, a more effective medium is found in the memorial signs scattered across the city. In 1946, following demands from families of executed underground fighters, the Minister of Interior established a committee to oversee memorial signs. The committee determined that stone slabs will be the standard, with no special design: the content is the message. As a disciplined city which does not tolerate unlicensed signage, Paris prepared appropriate regulations in 1954, and in 1985 another law was passed compelling the restoration and preservation of all the memorial signs, even when the building was demolished. The memorial signs are installed only if the property owner does not object. In 1983 an official book was published, documenting all the citys signs.

A walk following the trail of signs is an incredible journey of discovery, telling a tale of horrifying events. The whole city becomes a monument to human injustice. Tracking them is not simple, even with the address at hand. Some are buried on walls covered in commercial signage; only the metal ring for holding garlands of flowers reveals their presence. The signs link the homes of Jews who were sent to their death by the Nazis, and the schools where their children studied. The number of signs is particularly high where Jews resided - the Marais, Belleville and the Sixteenth Quarter. Memorial signs also appear in Metro and train stations from where victims were transported to death camps. The French use plain language: 'taken', 'murdered', 'driven away in the night', accompanied by names and dates. The simple memorial signs of Paris are the ultimate “living memorial”, outshining in their authenticity any other Shoah “shows”.