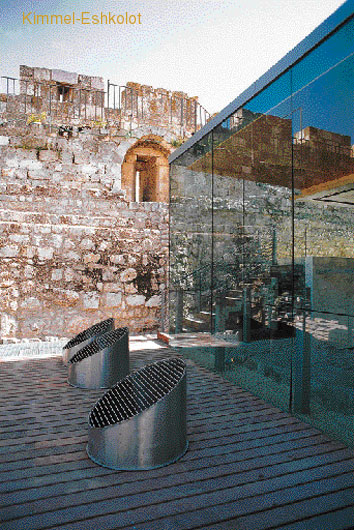 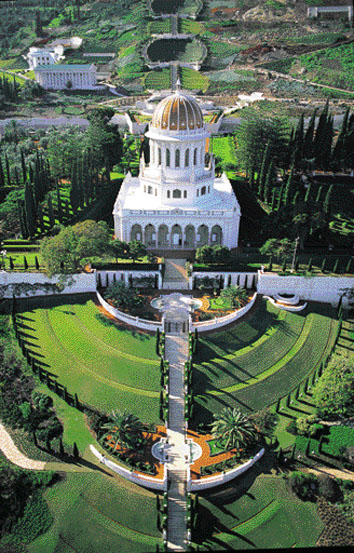 Many thanks to MS Atid of Tel Aviv, for the flattering letter to our editorial board. We blushed at the compliments showered on our magazine and especially the article on the Cross-Israel Highway. For reasons of modesty, we resist the temptation to publish the whole letter.

The competition for planning the expansion of the Petach Tikva municipal complex was won by architect Roni Seibert, working with architects: Udi Kremski, Yonathan Sharir, Osnat Shpizter, Orly Kimchi and Baruch Rothman. The plan calls for conservation of the existing building while transforming it into ‘a site with qualities of landscape and nature.’ An urban park will house the civic center, which will include a library, media center and a flexible open-space gallery for cultural events and exhibitions. The new office tower block will replace the original municipal building, and is expected to greatly increase the real estate value of the site.

The Israel Rokach Prize for Architecture will be awarded this year for the planning and construction of a building or a cluster of buildings, building conservation or a unique architectural creation within the city of Tel Aviv- Jaffa. Deadline June 20.

The Avraham Caravan Prize for Landscape Architecture will be awarded to a landscape architect who has completed a unique park during the last decade. Proposals will be accepted until June 20, 2001 in six copies. Enrollment forms (for both prizes) can be obtained from Bracha Neeman, City Prize Coordinator in the Culture and Arts Department of Tel Aviv Municipality, telephone: 03-5218447.

The Tel Aviv District Planning and Construction Committee has approved plans for an underground parking lot as first stage of refurbishment of Rabin Square. Discussions are being held on the redesign of Ibn Gvirol Street by landscape architect Yael Moriah, and refurbishment of Habimah Square by architects Danny Caravan and landscape architect Lital Smok, following the resignation of the square’s original planner Ada Carmi-Melamed. After six years of hard work, her plan was rejected.

An architectural seminar in memory of the late Yacov Rechter took place in Maalot-Tarshiya. Initiated by the Architects’ Association, the two and half day event was attended by many architects and theorists from other fields. Architect Yaron Turrel, enthused by the seminar, promised to write a few words about it, but has since forgotten.

The Association of Friends of Haifa Museums is organizing a series of lectures titled ‘Architectural Pearls: The Envelope and its Content.’ The two lectures remaining are ‘Frank Gehry and the Bilbao Spaceship,’ to be presented by Gilit Ivgi on June 1, and the ‘Al Mansfield, The Israel and Botanical Museums,’ by architect Michael Mansfield and Haim Kehat on June 15. The lectures, accompanied by slides, coffee and refreshments, will be held at the ‘Tikotin Museum of Japanese Art’ (planned by Al Mansfield), 89 Hanassi Boulevard, Haifa. For details call 04-8383554.

Artist Dalia Meir’s ‘Bark and Cocoons’ exhibition in Beit Uri and Rami Nehushtan Museum, in Ashdot Yaacov Meuhad will continue to June 2. It deals with the body and the artist’s own self image: ‘The solid body as thin bark encasing a delicate skeleton...a process which involves violent destruction and an attempt to mend the seams,’ just like architecture and Dalia Meir’s medium - tree bark and smeared paint.

The Migdalor Gallery at the Architects’ House in Jaffa is offering a series of exhibits presenting local architectural phenomenon. Landscape architect and artist Naama Meishar “reenacts a piece of Israeli nature, a Poplar orchard, in which sculptural situations are integrated, connecting the Israeli, seemingly innocent nature to various situations of violence”. Yaron Ben Haim’s video clip documents Naama’s work in progress. Another exhibit, the ‘Housing Unit,’ expresses the resident’s range of choices in relation to his means and needs. Photographer Yair Barak presents photos of model apartments from various building sites around the country, and photographer Tal Garbash exhibits portraits of occupied apartments. Curator: Shelly Cohen.

Goldar Hotel and Office Complex. Centrally located at the end of the junction of the town’s main street and the Mediterranean Sea, Netanya’s Independence Square has always been a central venue for public events such as demonstrations, rallies, concerts, dances, and book fairs. With Netanya’s gradual transformation from a summer vacation town to choice real estate, the square is losing its place as the heart of the town. A number of conceptual plans proposed over the last decade have all reached a dead end, from lack of fiscal support or practicality. One solution would be to focus on reinforcing the square’s role in public life with levies raised on the improved real estate valuation around the square.

One historical anchor in area is the shortly to be renovated Goldar Hotel. A massive expansion plan, characterized by horizontal elements softening the new additions, calls for expansion of the two residential wings and the addition of an adjacent office building. The new building will contribute to the formal and material dialog among the building’s components, and reinforce the south-eastern side of Independence Square.

The Davidson Exhibition and  Virtual Reconstruction Center, Jerusalem, has been inaugurated near the Jerusalem Archeological Park, between the Dung Gate and the Western Wall. The center will illustrate 5,000 years of archeology throughout three key periods - the Second Temple, Byzantine and the Omayyad periods. The most impressive buildings in the area were the Omayyad Palaces built during the seventh and eighth centuries. The site has been excavated to ground level of the castle and its four cellars have become an information and illustration center. Movement around the site is via circular ramps which start at roof level and end at the courtyard level where the Archeological Park is located. The gradual descent enables one to experience the various periods while viewing a unique exhibition. The contrast between ancient and modern is emphasized through the deliberate disconnection of the new building components (light steel and wooden ramps, glass walls and a suspended steel roof) from the massive ancient stone walls.

The South Africa Jewish Museum, Cape Town, South Africa, is another project by designer Dorit Harel and curator Renee Sivan. Entered via a synagogue built in 1860, the museum is part of the Jewish community center of Cape Town. The two storey building is a Jerusalem stone-faced rectangular box, and an extraordinary phenomenon within the urban context of Cape Town. The museum depicts the past and present of the Jewish community in South Africa and its meaning, wanderings and unity.

A new Eilat Municipal Center is currently in its early planning stages. the 13,000 square meter municipal center will be another example of multi-form architecture - a result of efforts invested by architects in winning the little competitions available in the building field. The building is “planted” within the city’s central park, and comprises three main sections connected through a system of open and closed squares: a main office building, a connecting spiral construction and a council hall. The entrance square integrates the public park within the building.

The Bahai ‘Hanging Gardens’ in Haifa, designed by architect Faribuz Sahba have been officially inaugurated. The gardens, stretch 400 meter wide and run from the top of the Carmel Mountain to the German Colony quarter of the lower city. The planning and construction of this prominent and unique project took six years. The gardens are open to the public (at certain hours). Note: barbecuing is not allowed (see coverage of this project in Architecture of Israel #22).

AI Quarterly is seeking good examples apartments of architecture students from all over the world. The apartments presented here were planned by students Tamir Hadadi and Raphael Cohen, proving that our search  is frutful. The two adjacent basement spaces intended for rental to students - demonstrate, among other things, a fine use of natural light.

On the Verge of Architecture

A monument to the memory of Amir Meir, killed in Lebanon a year ago at the age of 19, has been erected at the corner of Hachayil and Hanesiim streets in Ra’anana, where Amir and his friends used to meet. The monument includes a pool and sculpture by Menashe Kadishman, and was inspired by the poems of Amir Gilboa, engraved on granite stone: ‘My brother is silent, and his blood cries out from the depths of the ground’.