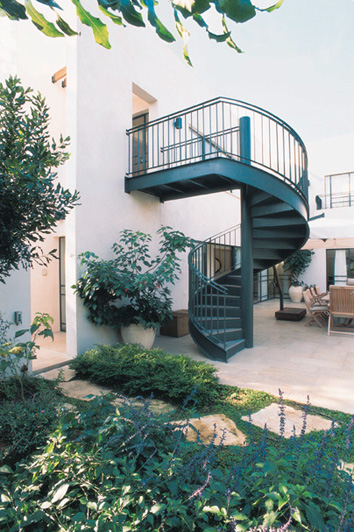 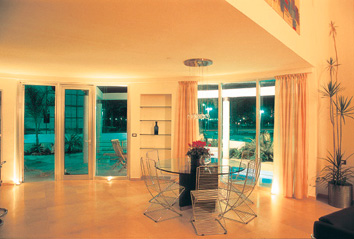 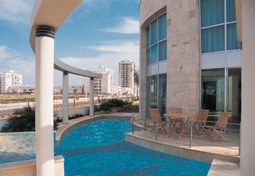 One of the most distinctive contributions to the understanding of the history of art was made by art researcher Heinrich Wolflien at the start of the last century. Wolflien claimed that with no compelling connection to circumstances, there is a constant rotation between two principal expressive tendencies - the Classical conservative, and the liberal Baroque. This is true, of course, in many other fields of life, such as politics or literature. But especially so when considering architecture. The phenomenon is even more extreme at conflictual meeting points, where the quantative difference between those in favor of one tendency and those if favor of the other is minimal. It is no wonder elections are held every year and a half in Israel, and I have no doubt that if the contest was about architectural style, it would be held at even more frequent intervals.

In a society which draws its existential essence from so many different places, it is very difficult to reach a national consensus on matters of taste. Thus, the two houses brought before us here are 'settled in their ways' (their architects ways) - in that they do not exceed the boundaries of accepted aesthetics, do not harm the streets facade, yet do grant their inhabitants much satisfaction.

What unites the two is their strong relation to the private outdoors. What separates the two is their different levels of conservatism. Whereas one is characterized by a wide variation of free lines, the other is adorned with minimalist rectangularity.

The first house is located at the heart of an established neighborhood of Ramat Hasharon. Two rectangular wings create an L-shaped building which seals most of the garden area enclosed between two crossroads. A transparent space connecting the two strengthens their relation to the central courtyard, whose presence is felt throughout the entire house. At the center of the courtyard is a large swimming pool and paved area which functions as the central and most active part of the house. Peripheral corridors connect all the spaces of the house to the outside with the steel-framed windows whose presence is prominent throughout the house.

Inclination of the entrance wing towards the northern wall is prominent in the plan. This inclination enables the creation of a baement level courtyard, calling attention towards the garden. An interior stairwell functions as a space separating the childrens and parents bedrooms. The exterior staircase offers a direct connection between the bedroom wing and the garden, and acts as a sculptural element and beauty spot in this minimalist rectangular building, so 'frugal' in shapes.

Characterized by the 'build your own home' attitude, the other house is centered around the residents personal fantasies - a two-floored house with a parental suite, an open kitchen and gallery overlooking the living-room, from which it is possible to 'dive' into the private swimming-pool.

The house is located in the southern quarter of Ashdod, and its uniqueness is demonstrated in in a fine blending of the architectural, landscape and furniture details. The materials play a key role. Bright stainless steel flows among the kitchen fixtures centered around a functional island, and the stairwell banister, which reaches, finally, the bedrooms.

According to its architect Nava Yavetz, 'A client who can appreciate good architecture is an asset, because he motivates the architect to make the most of the piece of land which is so precious to him'. The question challenging Yavetz was how to fulfill the clients aspirations of a 'special house', without damaging the streets continuity. The house, whose main theme is light, is based on a dialogue of formal volumes. A northern 'S'-shaped prism faces the street, open to an abundance of filtered light, and a triangular prism, the private wing of bedrooms, faces south. The childrens and parents rooms are linked by a bridge.