The Search For Authenticity 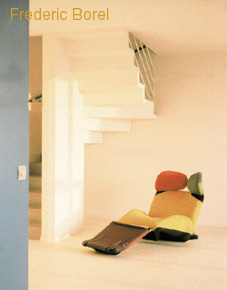 Two Tel Avivians recently made the trip to the village of Tulkarm for a plate of humus. Sadly, it turned out to be their last journey. Why would anyone make such a pilgrimage at the height of a civil uprising? What would one be seeking? The answer lies in the ongoing search for authenticity: the genuine article. The real thing, not a prefabricated, supermarket dish. Something that offers the taste and the smell of the place and the people. Something that comes from one’s parents, evolves, and is passed on to the children. Something that stems from the local market, not imported from foreign lands. Something which is more than symbolic, where the virtual does not replace the reality.

Not so long ago, we all traveled to and fro, visiting the towns and villages of Samaria, taking wives and kids for a bite to eat and a tour of the market. But since the start of the second intifadeh, the countryside has shrunk. We have no choice but to seek authenticity, a pinch of truth, in the plains of the tribes of Dan and Zvulun, dodging the occasional hurled rock here and there.

During a recent lull in these embarrassingly belligerent times, we decided to break free of the siege and turned towards the relative calm and quiet of the northern borders, to the town of Kiryat Shmonah. Creeping quietly through Wadi Ara, we temporarily stumbled due to the signs leading us, confusedly, along the “Afula Bypass” (after all, Afula is only to be by-passed), until we reached the land of “lookout settlements”. Small communities scattered along the Galilee hilltops, for the sole purpose of realizing our historical claim on the land. Plain houses with tiled roofs, lacking in any architectural vision or relation to the fascinating landscape, but mainly lacking in authenticity.

Seeking more promising vistas, we headed towards Rosh Pina. The town named “corner stone” was the first colony of the Galilee, established by immigrants from Romania and migrants from nearby Safed; it lies at the meeting point between the towns of Tiberias, Safed and Metulla. Confident that the builders had done their bit and left the town in peace, we were perturbed by the long line of cars at the entrance to the colony. It heralded bad tidings. An hour later, the traffic jam crawled past the entrance to a football match and we embarked on an extensive search for parking, and for authenticity. We discovered an ephemeral collection of so-called “art galleries”, no different from the flea market stalls in Tel Aviv’s Bezalel market. A few “renovated” houses expressed a deeply rooted misinterpretation of conservation rules, not to mention architectural taste.

Retreating homewards, we toured Rosh Pina’s new neighborhood of villas built at the speed of light as holiday homes for the wealthy. The compilation of pretentiousness and nouveaux riches bad taste was clear even from a distance.

No humus, and not much authenticity. Please, let’s hold on to whatever authenticity is left.