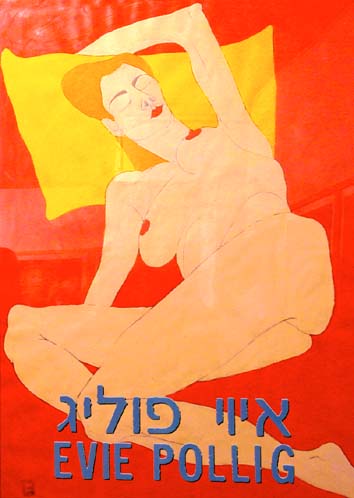 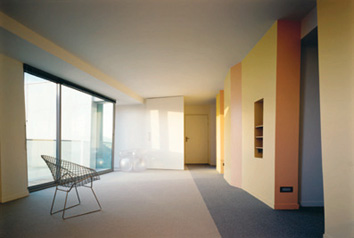 In response to the editorial in AI 43, “Neighbors and Brutalism”, architect Tareq Fahoum of Nazareth writes us: “The article is more suitable to a political journal. The language of architecture is one of nations - friends and enemies as one - and must not be given political slant which destroys the fragile fabric of professional solidarity.”

AI responds: First of all, thank you Tareq Fahoum for your comments, restrained in comparison to some of the more radical responses we received. Bear in mind that the article was written in the shadow of the Ramallah lynching, a harsh event the live TV broadcast of which left little room for interpretation. The term “lynch mobs” refers only to the lynch mobs. However, I must admit I have seen - shameful as it is - a similar mob mentality among fanatical demonstrators at Jerusalem’s Agron supermarket. On the other hand - it is not possible to separate architecture from politics - they are both in the same desolate state.

The office of architect Moshe Tzur complains about the “less than complimentary” reference to the Seven Stars Mall in Herzliya, published in our last issue. The truth is the architect is not to blame for the fact that the mall was inaugurated so soon after construction of the building skeleton. In the meantime, construction continues and it is now possible to gain an impression of the dynamic shading device above the central skylight, automatically adjusting according to the sun’s intensity and direction. When the mall is eventually completed, we will be happy to write about it again.

A competition for development of land at the former military industries’ complex at Apollonia was recently conducted under the auspices of the Herzliya Municipality and the Israel Land Authority. Five architectural firms competed to plan a new neighborhood on an area of 150 acres, including 3,300 residential units, hotels, public and commercial buildings. The winner was architect Yair Avigdor in cooperation with landscape architect Shlomi Zeevi of “Landscape Planning Ltd. - Landscape Architects”. The other four participants were: Ari Cohen, Yechiel Korin, David Guggenheim, and AMAV.

The Eilon Prize, this year for “urban renewal”, was awarded jointly to Moshe Tzurs firm and Kisselov-Kaye architects. The prize was given for new construction within an existing urban fabric which impacts on surrounding development. Moshe Tzur won the prize for the planning of the successful mall in Kfar Saba, and Kisselov-Kaye won, together with landscape architects Moriah-Sekely, for the construction of a number of buildings on Rabbi Hananya Street in Jaffa.

Moshe Tzurs project, completed several years ago (and exhibited in the “Encounters: The Vernacular Paradox of Israeli Architecture” published in AI), succeeded in transforming not only the “backwater” image of Kfar Saba, but especially in giving new weight to the term “mall”. Its open-air form enables a free flow of pedestrians, without interrupting the urban continuity.

The Kisselov-Kaye project approaches the neglected area of the Jaffa Flea Market integrating the street with a linear garden, a playground, and a “hidden garden”. The plan includes rehabilitation of the existing buildings and new buildings on vacant sites. In addition, honorable mention was given to architects Moshe Margalit for the planning of the “seam line” road around Jerusalem, and to Zvi Dunsky and Nir Chen, who rehabilitated the town of Kiryat Shmona. Their plan successfully addresses both ZAHAL Square and the contemporary Municipality building which symbolically reflects the spirit of the place.

Rechter Prize. The fickle finger of fate also granted the Kisselov-Kaye firm, again in collaboration with landscape architects Moriah-Sekely, the Rechter Prize. This time the award is for the planning of the Israel Pollak College of Arts on Kalisher Street in Tel Aviv. The college (also exhibited in “Encounters: The Vernacular Paradox of Israeli Architecture”), is located in the backyard of the Carmel Market, drawing from its picturesque content and producing surroundings both well-thought out and refined. The building of a complex with no fences created an opportunity for interaction between the art students and the down and out community which yearns for some cultural input.

Architect Yael Shiloni (Vester) has passed away. Yael was born in 1945 in France and immigrated to Israel at the age of 11. After completing her architecture studies at the Technion, she worked in the Gilad office in Haifa, for Yaacov Rechter in Tel Aviv and Jerusalem, and in the office of the late Israel Levit. In 1980 she joined the Jerusalem firm of her husband Jonathan, where she stayed until her death in November 2000. The last building she completed was the “Golden Age” retirement home in Jerusalem. During her twenty years of intensive architectural productivity she planned and created many prominent projects, among them: architectural and city plans for Kfar Silwan in Jerusalem; architecture and city plans for Shaar Darom in Kiryat Gat; and the boardwalk hotel in the Armon Hanatziv Complex. As her daughter, Noya, tells us, “Even those who barely knew her felt the impact of her broad, quiet, geometric and clean style, a style to ‘let you breathe’ (in her own words).”

Architect Uri Shetrit, until a few years ago manager of the Moshe Safdie offices in Israel, has been appointed City Engineer of the city of Jerusalem. Who knows, maybe with his help some of city’s major urban problems will be solved. Along with Herzliya, Jerusalem is outstanding for its abysmal traffic arrangements.

The last Architects Day held at the Israel Museum during December went under the banner “Centenary of the birth of Arie Sharon”. A piquant tale relates that on the day of his death in May 1984, Sharon was in Paris with his wife Tova (who passed away two years ago). Due to the difficulty of handling the transfer of the body to Israel for burial, her grandson, Arad, travelled to help from London where he was studying architecture at AA. On discovering that all flights back to Israel were fully booked, Tova suggested that Arad use his grandfather’s ticket, which bore the same name, “A. Sharon”. And so it came about that the grandson rode in comfort in first class, on the plane that bore his grandfather’s coffin home.

The current Finance Minister, Avram Beiga Shochat has given the nod for plans to go ahead for construction of a string of artificial islands along the shores of Israel. Devised by a joint Dutch-Israeli committee which recommended their construction a mile off shore, each island will cost some billion dollars for each square mile. The plan envisages the islands linking to the beach via bridges and canals, and providing housing for approximately 20,000. The joint committee is also examining the possible transfer to an island of the Tel Aviv from its current location in the northern residential area. The project will be financed by private investors, and one idea  is to use garbage from the Hiriya garbage dump as infill. Now is the time to be heard: Let them learn how to develop on dry land, first.

The annual Design 2001 exhibition, produced by Orna Peleg, took place in December at the Exhibition Grounds. The exhibition demonstrated a lack of direction and an overall dearth of material. Perhaps exhibitors and visitors alike have become weary of the vast number of “fairs” in the field of design and construction, especially during this particular recession in the field. It’s high time that all these exhibitions were united into one serious once a year, like in any other developed country. It’s not even funny anymore.

First find the station. After a three-month search, we finally found our way to the new University Train Station. It joins the Herzliya station on Israelís list solved mysteries. The new station, intended to handle large numbers of university students and visitors to the national exhibition center, is finally open. Its location between the Ayalon Freeway’s north and south bound lanes is compensated for by the station’s prominent form, which do no harm in such a boring context. Pubic interest in this station, however, derives more from its location than from its architecture: How is the simple commuter supposed to penetrate the center of the most heavily trafficked road in the country?  The answer, of course, is that you cannot. Not unless you arrive by bus or by the ‘kiss and drop’ method, when your spouse (or neighbor) drives you there. It is so unreasonable to assume that someone would think to include pedestrian access in such a futuristic development? Instead, we are faced with the old familiar, undeafeated ‘make-do’ solution so common in Israel. Two approach tunnels, one from the exhibition grounds and from University Hill, have been prefabricated and compressed to burrow under the freeway. The 1,000 air-conditioned station hall is located, uniquely, underneath the station platforms.

The Daniel Center for Seamanship and Rowing Studies is located on the banks of the Yarkon, in the triangular complex between Rokach Street, Ussishkin and Ibn Gvirol Streets at the northern exit from Tel Aviv. The 1600 square meter building echoing an upside-down boat in shape, is a unique step towards the environmental preservation of the last green lung left in the densely populated Central Region. Architects: Plasner-Wajnman Architects, Architect Dr. Arie Nesher. Landscape architecture: Braudo-Darrel-Maoz.

Daliot School, Yoqneam. The rash of development during the past few years in Yoqneam Elite, has borne a significant number of commendable buildings. One is the Daliot School on the western hilltop of Yoqneam in the new residential area. The school houses 18 classrooms, offices, computer science studies and a library. The building is characterized by horizontal lines corresponding to the topography, expressed also in its plan. The division into wings makes for easy orientation and identification of each level. Terracotta plaster is used as a finishing material and blends with the green scenery; its blue tin roof hovers along the hilltop road, leading to the Elyaqim Interchange. Perla Kaufman Architects: Perla Kaufman, Lev Guttsait.

Jesuss Boat. The ancient wooden boat associated with Jesus was discovered by two members of Kibbutz Ginossar in January 1986, after the water in the Sea of Galilee reached one of its lowest red lines. The boat was submerged in clay which protected it from deterioration. The boat is exhibited in the new wing of the Yigal Alon hall at the kibbutz Ginossar.

Ofer Shtarks final design project at the Academic Institute of Technology in Holon was a cultural center in the Jordan Valley.The project, located on the remains of a Roman fort, overlooks the Syrian-African rift. Ofers research revealed that financial, cultural and climatic characteristics have remained virtually unchanged since the population of the fort during the reign of King Herod. Then - as today - settlement of the area stemmed from ideology and isolation prevented citizens’ interaction with their surroundings. In response, Ofer has planned a multi-functional cultural center which will attract people to the area. The plan integrates the original architectural language which survived in the walls and floor with a contemporary style of floating ceilings and shaded areas, in addition to the utilization of various elements for cooling of complex. Instructors: Yoram Nidam, Richard Fogelson.