Paris Can Take It - The Expressionist Architecture of Frederic Borel 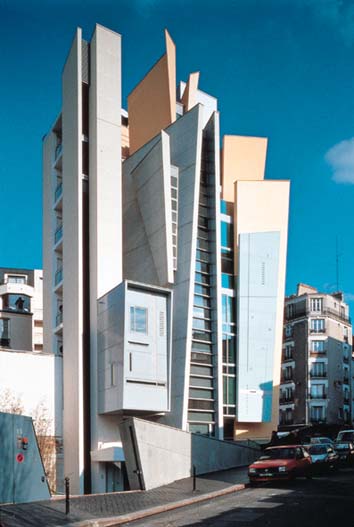 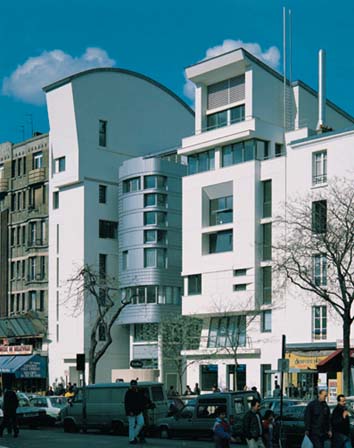 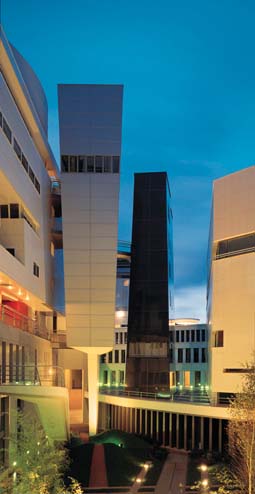 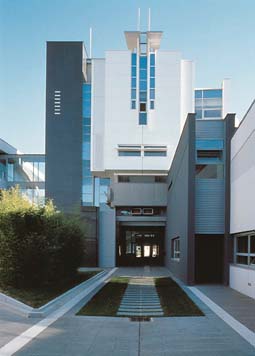 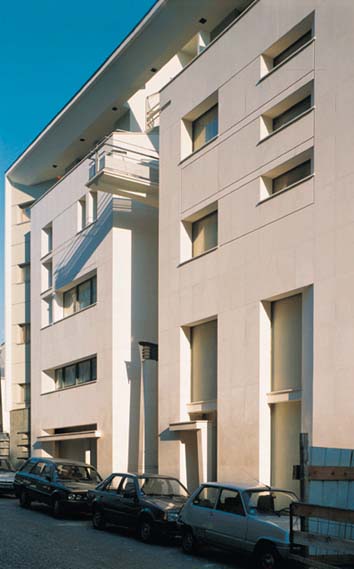 Despite the Parisian tradition of strict preservation of the citys historical fabric, once in a while a few outstanding buildings can still be spotted. Responsible for some of them is architect Frederic Borel, whose strange buildings are scattered throughout the streets of the city. At first glance, they appear foreign; a second look reveals that these colorful volumes resemble a surreal collage, enhancing the neglected residential areas of the city with an artistic spirit. These expressionist buildings are the product of a deeply thoughtful architect, whose main concern is context.

Shortly after completing his studies at Ecole Spèciale dArchitecture in 1982, Borel won the PAN competition for contemporary architecture, which gave him confidence to open his own private office. He then designed two extraordinary residential buildings in Paris - one on Boulevard de Belleville and the other on Rue Ramponeau. The buildings uniqueness stems from the plan which opened the block courtyard towards the dense street, granting it spatial depth.

The completion of these two projects in 1989 was accompanied by widespread public acclaim, giving Borel impetus to develop a "Hedonist" architecture - free of and uncommitted to existing constraints. Two more residential buildings planned by Borel - one on Rue Oberkamf (1993), and the other on Pelleport Street (1998), which resembles slabs inscribed in a dense Parisian street context, demonstrate the transition from spatial to formal architecture. Within this broad context, Borels widespread houses and colorful buildings contribute to the development of a dialogue and to the fortification of the rather loose continuity of the streets line.

A less provocative integration into the citys texture is demonstrated by Borels public buildings. The University of Agen (1998), built around a lose context of heterogeneous constructions scattered on a hill between agricultural fields, asserts itself as an object capable of uniting the existing elements. Its skyline plays with the subdued contour of the hill, and blends with its surrounding landscape.

The nursery school on Rue Moskowa in Paris is a refreshing interlude within the monotonous fabric. The high school in Lognes creates unity against the background of the broken horizon of the new citys buildings. It endeavours to express the poetics of this suburban New Town: the slope of the building-site, the surrounding elements of the green mall, the railway viaduct, the canal heralding the near-by lake. The project stands out as an object revealing the sites potential.

In contrast, the tax building on Brive-la-Gaillarde, completed in 1998, is a result of Borels aspiration to soften the blow of the tax burden with interesting inner spaces. It is inscribed in a suburban residential neighborhood, composed of small detached houses. At its center is a garden, through which all visitors must pass. The building appears to be a "ship afloat a stormy urban sea", while a number of unusual elements, such as the floating red roof are reminders of the extraordinary "Borel touch".

The question what would happen if every designer was allowed to fulfill his architectural fantasy within the urban fabric, is particularly relevant during the generative stages. There is a real danger that provocative architecture will create noisy chaos. However, in historical cities such as Paris, in which most of the buildings have been preserved and protected for many years, the risk of undermining its visual stability is quite slender. Frederic Borel-style buildings (or even Frank Ghery’s), inserted into a monolithic fabric, might enrich it with new content and interest. This principle, successfully applied during the 1980s in Barcelona, contributes to the prevention of aging of cities, stimulating subtle and deliberate urban renewal.