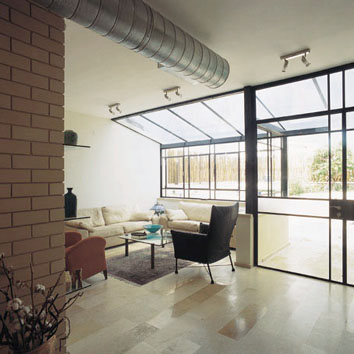 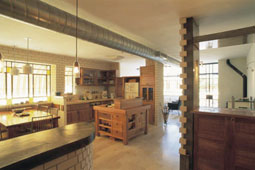 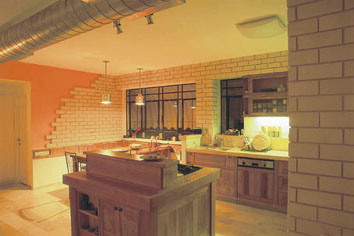 The Bavli neighborhood is an unusual urban phenomenon. Built in the sixties as part of a Trades Union housing project on the outskirts of northern Tel Aviv, its detachment from the rest of the city by the main highway to Haifa has facilitated the metamorphosis of this collection of characterless buildings into an exclusive neighborhood of desirable residences. Over the last decade, building density has intensified as a result of the high cost of available plots.

A number of exclusive residential buildings have been added, despite the fact that most of the existing built mass has been neglected, like in many other city neighborhoods. Occasionally, rooftop apartments have been added to older buildings, some of which distance themselves quite well from the dreary appearance of their neighbors.

The success of the renovation is dependent usually on the architect’s ability to reorganize the apartment’s spatial distribution and integrate appropriately its small rooftop portion.

The apartment presented here is a fine example.