Feng Shui: A Relevant Philosophy? The Wisdom Of Balanced Architectue 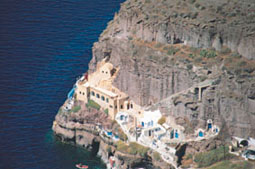 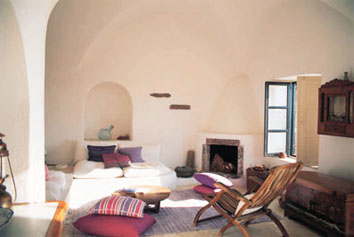 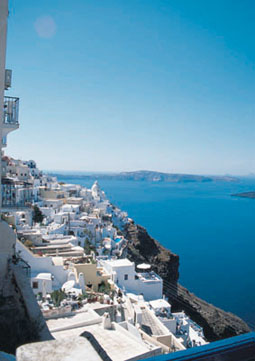 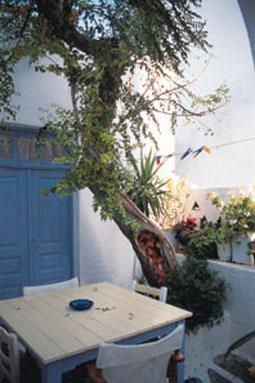 One of strongest memories of India is of my visit to the Taj Mahal. After months of travel, I stood transfixed before this stunning symmetric building. I found myself drawn back to visit again and again. Everything I had heard about the magical 17th century mausoleum was nothing in comparison to its presence.Years later, I found myself discussing the experience with a young Indian architect in London. He smiled and said “Vastu-veda”, the term that refers to sacred architectural knowledge based on astrology, astronomy and geometry.

The search for mystic meaning has given new status to the architectural theories of the East, in particular Feng Shui, the Chinese art of arranging one’s life in accordance with the forces of nature. Stretching back thousands of years, Feng Shui was developed as a survival discipline by Chinese farmers seeking to increase their chances of a large crop. As an architectural discipline, however, Feng Shui was for many years privileged knowledge applied to the construction of palaces and religious buildings, its principles were passed on from teacher to pupil, in a preserved framework.

The literal meaning of the words “Feng” and “Shui” are “wind” and “water”. However, the theory relates to all forms of cosmic energy, both visible and hidden. Whereas the Shui (water) represents mainly the qualities of matter and the powers it holds, the Feng (wind) is interpreted according to its concrete and abstract qualities - wind in the sense of a storm, circulation or spiritual concepts.

In order to understand the character of the forces connecting matter and spirit, the relation between them, and their influence on the environment, it is important to clarify the fundamental concepts of all Eastern cultures - “Yin” and “Yang”. Until the sixth century BC, the words were interpreted literally: “Yin” = shadow and “Yang” = light. The terms were gradually broadened to describe the directions of mountain slopes: Southern, brightly lit slopes were termed “Yang”; Northern, shaded slopes were termed “Yin”. Thus, all energies derived from Yang sources were considered constructive and life-giving, energies derived from Yin sources were considered destructive and preventive. The general aspiration was to maximize energy from Yang sources and minimize energy from Yin sources.

Only at a later stage was it internalized that the world is not composed only of “pure good” or “pure evil” - and Yin and Yang became regarded as two complementary forces: there is no light without darkness, day without night, positive without negative, good without evil, active without passive and so forth. The constant movement between Yin and Yang is “cosmic energy” called “Chi” in Chinese. Chi is found in everything - animal, plants and objects.

The “energy cycles” are represented by five basic elements - water, wood, fire, earth, and metal. Because the world is in a constant state of change, the energy cycle is demonstrated through a “support cycle”. The water and all it represents enables the existence of wood, wood nourishes fire, fire leaves ashes that enrich the earth, metal is found in the earth and with it we can reach water, and so on. Each of the cycles stages represents specific energetic qualities, and together they demonstrate the various relationships between the components of the universe on all its levels: time, location, shape, color, feelings, etc.

The science of Modern Feng Shui is based on two complementary schools, the “form school” and the “compass school”. The form school developed in the south western mountainous region of China, as a result of a national search for protective locations. The compass school developed in the south eastern coastal plains, where topographic conditions were inadequate as a point of formal reference. Modern Feng Shui combines the concrete aspects of the form school with the abstract aspects of the compass school. Added to these are various aspects of astrology, fate and destiny, in accordance with specific conditions. The two methods popular in the West today are the strict, traditional method, and the liberal, intuitive method based on the form school. In this method the fire element (found in the South), is always placed opposite the entrance door, and the building is detached from any refernce to the compass.

The understanding that geometrical shapes are not only visual phenomena, but concrete expression of constructional principles, is not a Feng Shui innovation. The analysis of shapes and proportions found in nature represented a basis for the understanding of more abstract phenomena within other cultures as well. References to distances, proportions and geometric shapes, are also found in the Bible, the Talmud, and Kabala books protected and hidden for many years. The precise proportions of the “golden section”, found in many natural shapes (such as the conch shell), is another geometrical phenomenon used widely in architecture. In classical Greece, Pythagoras discovered that even music is based on a precise formal construction, deviation from which produces strident tones.

Interestingly, the Form School grants importance to the irregular soft and curved shapes in nature, rather than those which are made up of straight and precise lines. Hence, it is regarded wrong, to place a house near jagged or sharp edged objects. Also to be avoided is placing a house near heavy objects, objects that are shiny or protruding, or under objects that threaten from above - especially above the entrance area, around the bedrooms or inside them. Mountains, for example, may dwarf the building, draining its energies, blockading it, or causing a flow of negative energies towards it in the form of “secret arrows”.

Roads, paths and rivers are, according to the theory, channels of energy, and their specific shape expresses their essence and thus the potential of their effect. Soft gentle curves may demonstrate an easy, natural positive flow. In contrast, sharp or harsh curves represent a raging and threatening flow. Roads with many lanes or dangerous rivers that sever the topographic horizon, block or interfere with the flow of energy. For the same reason it is important to avoid placing a house at the end of a dead end road, or between two parallel roads, in a closed circle, at an intersection, opposite a sharp turn, near bridges or interchanges, on a steep slope, near airports or near maze like streets.

There are objects that by nature create positive energies, such as: a small pool of water or a fountain, curved buildings sculptures or landscape details, parks and flourishing gardens and green-leafed trees that bloom all year round. However these too will benefit the building and its residents, on the condition they are positioned according to the rules as their shape and relative position can influence the direct or indirect impact they have on their environment.

According to the Form School, a site is valued based on its points of interface with its surroundings. An ideal site is one surrounded on all four sides by defined areas, natural or artificial. One of the testimonies of the anachronism Feng Shui represents, is the fact that the borders are termed after four mythological Chinese creatures: the green dragon is the left border of the site when facing the front, a white tiger is the right border, a red phoenix is the front border, and a black turtle the rear border. In an ideal situation, the borders should be higher than the site in order to protect it from neighboring houses. The back border should slope upward gradually in steps, and the front border should be relatively lower than the site, in order to enable a view of the area but without absolute exposure to the horizon. The aspired image is that of an armchair in which one “armrest” - the white tiger - will be of hard material (a topographic partition or a building), and the other “armrest” - the green dragon, is of softer material or vegetation.

Stemming from an absence of prominent topographical formations, the Compass School is based on the assumption that every direction of wind has energies with cosmic qualities. Thus, in contrast to the Form School, the building plan and location are based on universal orientation using the “Ba Qua” octagon, which expresses the symbolic relation between the directions and the five elements. Through eight possible combinations of the Yin and the Yang (the trigrams - see drawing), the octagon serves as an energy compass, or a tool for the measurement of the values of the Feng Shui.

The active forms of the Yang - the “secret arrows” are considered positive as long as they are not threatening in shape or in their actions upon life. Thus, water that breaks intensely on the beach or protrudes inward to the land, rivers that flow rapidly, tidal flow, and swamps, are considered harmful in their nature.

In addition to concrete sources of energy, there are invisible energy channels. This form of energy is liable to be particularly destructive, because it is indiscernible. Consider, for example, the energy that flows in underground channels or the history of the place. Almost everyone has experienced a feeling of discomfort when entering a home in which someone has died of an illness, or a feeling of comfort in a healthy and prosperous place. The assumption is that the walls absorb the energies of the previous residents and project them upon the newcomers.

Other forms of invisible energies result from the nature of a place. In contrast to the ancient Chinese saying “a good place to live in is a good place to die in”, cemeteries are considered (as in Judaism) a source of Yin energies (lifeless flow of energies). Therefor it is better to avoid cemeteries and proximity to them, hospitals, asylums and jails, which create intense energies. On the contrary, buildings used for healing, education, culture or any other positive interaction, are considered sources of nourishing energy.

In an optimal situation, the principles of Feng Shui should be applied during the planning stage. However in most cases the resident does not have control of the building at this early stage, either due to master plan designations or due to his purchasing (or renting) a ready built house. In such situations, the Feng Shui practitioner focuses mainly on balancing the house’s interior components for the improvement of the Chi energies and the creation of harmony between man and his surroundings. This is carried out by suiting the openings, the entrance and the functions to the specific needs of the house’s residents.

The placement of openings in Feng Shui is no different that the accepted norm in any other architectural discipline with climactic awareness. However, the symbolic aspect is of no less importance (and can be explained rationally). On the East side, where the rising sun represents new beginnings, it is fitting to place the entrance courtyard. The West side which suffers direct sunlight and rainstorms in the winter, is more suitable for the placing of enclosing functions, such as the bedroom.         The Southern side, which enjoys sunlight all year round, is suitable for the living rooms active during the day - the living room, dining room and kitchen. Because the North (and North-West) represent the gate to the spirit world, it is suitable for offices, businesses or meditation rooms.

When attempting today to apply Feng Shui as an architectural discipline, it is important to relate to the subject with due caution. One must keep in mind that Feng Shui is not a building method but a holistic discipline regarding all fields of life. Feng Shui experts deal, among other things, with the fortification of interpersonal relationships, financial well-being, peace of mind and health matters. All these are treated by strengthening positive energies and weakening the effects and sources of negative energies.

Whereas relation to concrete forces of nature, such as wind directions, sunlight and water can be explained rationally, the greater part of the energies treated in Feng Shui, are based on more intuitive knowledge, such as the reading of one’s fate by looking at the stars (the “flying star” theory), accumulated life experience and, mostly, a great deal of faith.