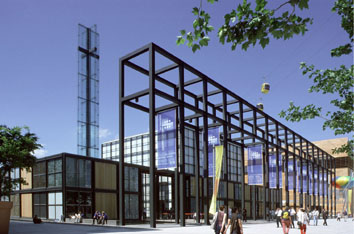 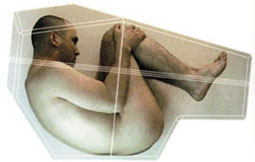 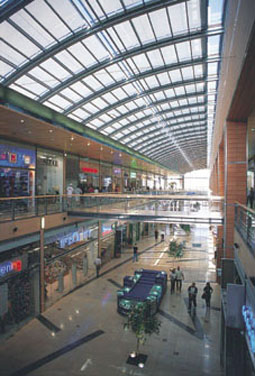 In issue no. 42 we published a photograph of the 'Regency Grand' project in Herzliya Pituach, without including mention of  architect Bernardo Shapiro, along with architect Amiram Katz.

Israel Electric Corporation, in cooperation with the Union of Architects & City Planners, recently announced a competition for planning and design of poles, transformer stations, storage units, and fences at the company’s numerous facilities all over the country. An excellent opportunity  to soften the defiant aggressiveness of IEC installations. Proposals to be submitted on 25 January by noon. Winners and additional details will be published in our next issue.

Holon Municipality, the Union of Architects & City Planners, the City Engineers Union and the Center for Local Government will exhibit the winning proposals for the Ayalon Prize 2000, at Eshkol Pais House in Rabin District, from November 16. For publication of projects in Architecture of Israels next issue, please contact the editorial board.

Herzliya’s new shopping mall, the Seven Stars, bears a strong imprint of its architect’s sense of aesthetics. Beyond demanding decent parking facilities, the Israeli consumer is generally free of aesthetic pretensions. Such pretensions, if they exist, are rooted in the personal terminology of the architect, and in this case Moshe Tzur has many. The new building is rich in shapes, materials and inspiration, perhaps too rich. As in other buildings designed by Tzur, its outstanding building details make the whole building worthwhile.

Another project by Tzur is in its final stages of planning, The Molecular Genetics and Cancer Research building at Weizman Institute of Science. Over 4,000 square meters, the building houses three floors of laboratories and offices. The entrance atrium rises throughout the entire height of the building and an internal bridge system connects the wings. A steel and glass walkway will connect the building’s upper floors to the existing laboratory building.

Artist Yosef Chaltiel has completed, after four years, a painting on a screen for a new theater in a Paris neighborhood. The screen has six components installed on a rubber foundation. Chaltiel received the commission after architect Jaque Zenati was impressed with his worked in an exhibition held at the Galerie Santos in Paris. Chaltiel, whose expertise lies mostly in stained glass vitrage, has succeeded in producing a sealed soft material, with the use of acrylic paints.

Pet-Kit or 'Kakit' is an expendable tool for the collection of dog excrement. Made of cardboard, the disposable tool transforms easily into a scoop and shovel. After collecting the excrement (freely available underfoot anywhere in Tel Aviv), the scoop and shovel connect and form a closed storage package (in the shape of a dog).

There is no better time to address last years final projects than at the opening of a new academic year. Not only because the projects represent a promising model for the changing face of architecture, but also to remind new students not to reinvent the wheel, but better to contribute their talents to the development of wheels already invented. Such is the nature of academic studies.

Student Ofir Zeevi of WIZO College in Haifa named his final project “Green Residence”. A high density residential neighborhood in the heart of nature, it presents a balanced alternative to the Brutalist block at the foot of the Carmel Mountain. He blends his residence in with nature by siting the apartments in valleys, one section facing inwards to the “static” courtyard and the other open to the view. The project, executed under the tutorial of architect Horacio Shwartz and Dr. Dafna Fischer-Gvirtzman, admirably expresses climate awareness.

Student Ikram Abu-Salah, who graduated his fourth year at WIZO College in Haifa, planned a visitors’ center on the pilgrimage route which runs between the Maayan Church and the Church of the Annunciation in Nazareth. The project, named “Come Paint and Stay”, expresses (in his own words) 'fear, pressure, crowds, layering and intensity'. If this is so, Ikram, why expect visitors to stay?

Student Einat Mantzur of the Management College planned a meditation center at the wild-life park museum in the National Park in Ramat Gan, because there it is possible to “detach oneself from the crowded city, exit the world of present and enter an inner world of peace and quiet”. Mantzur used a round envelopment which she feels represents “harmony”, transparent in order to allow the “hidden, divine light which infiltrates with the suns rays through the roof”. It’s more likely that the blazing hot sun will do the infiltrating.

Liat Nueman-Kalman, also of the Management College, planned a center for artificial insemination, choosing for her site the head offices of the Ofer Brothers, entrepreneurs, in Herzliya Pituach. The clifftop site is opposite the Herzliya Medical Center, a stone’s throw from the beach. Liat chose the site because “the insemination process is emotionally intense and the couples experiencing it need security and intimacy”. The truth is that the site really does project security, albeit financial. Had Herzliya Municipality done its duty, it wouldnt have allowed  the Ofer Brothers to place their offices there, even if they are from a good home.

Shani Paz of WIZO College of Design has planned a cultural center in Nazareth, based on interaction among tourists and locales. The project was planned on the Pilgrimage Route and will include a museum of local art and a community center.

Eylon Gavish of the Management College planned a Tel Aviv cafe which expresses the transition in such places from spiritual reflection to sensual interaction.

AT THE last MINUTE

The Blue Garden -  an open field sculpture exhibition by artist Ofra Zimbalista, is now being held at the Open Museum in the Industrial park of Omer, Beer Sheva. The blue sculptures speak for themselves (see below).