The Wonders Of The Israeli Pavilion at the VENICE BIENNALE 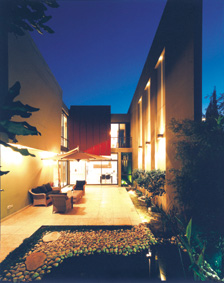 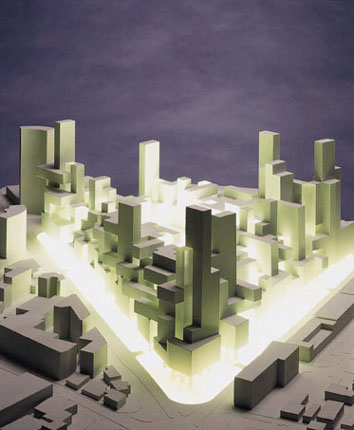 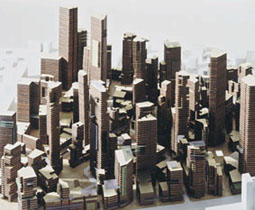 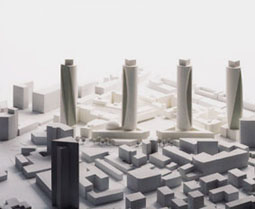 THE WONDERS OF THE ISRAELI PAVILION AT THE VENICE BIENNALE

What does an American curator do when asked to compile the architectural exhibition two years prior to the Biennale in Venice? He studies the subject, estimates a budget, prepares a statement of intentions, conducts feasibility tests, draws up a plan of action, sorts and catalogs material, and finally erects an exhibition three months before the planned deadline.

What does an Israeli curator do when he is notified by chance that he has to prepare an exhibition, three months prior to the opening of the Biennale? He contemplates for half an hour or so, makes a decision and begins to improvise a topic that happened to cross his mind during a studio class he once gave at the Faculty of Architecture. And the results? Not bad at all. Shimon Peres called Schocken after visiting the pavilion, to tell him he was proud to be an Israeli.

Through no fault of his own, Architect Hillel Schocken was the protagonist in this last minute scenario. He successfully curated the Israeli exhibition booth at the Venice Biennale despite a miserable budget, limited time, and a collection of projects already exhausted by other exhibitions. Schocken first decided on a name, 'Anonymity and Intimacy', and then convinced five architects to present conceptual plans for the wholesale market complex in Tel Aviv. Their plans were to be based on a few guidelines: an eye-level ground floor; no dead-end streets; an integration of uses; no separation of pedestrian and vehicular traffic; and minimal density. Hagai Nagar, a graduate of the first class of Tel Aviv University’s Faculty of Architecture, was included in the group of five because he happened to be working on the same complex for his final project, putting him at the same starting point as the other more experienced competitors: Plesner Architects; Danny Lazar and Leonardo Kelijman; Uri Shetrit and Gerd Ullmann in collaboration with Nocko Freiberger; and Orit and Doron Pinchas of Arcod Architects.

Danny Lazar and Leonardo Kelijman define their complex as a three dimensional casbah (Middle Eastern marketplace). They looked for stable, rooted places to serve as reference points for further development, just as George Perec searched for in 'Spaces of Spaces' (Espaces DeEspaces). 'The street plain is an interruption in the ongoing development of the city - the fundamental essence of mans cognitive world; every dramatic pause is to create a process of defamiliarization that compels him to reread reality.'

Plesner offers a complex city of social interaction and varied activities; a vehicle-free city, for pedestrians only, with shaded squares and coffee shops, football fields, shops and offices. Plesner suggests roof top terraces for the pleasure of the inhabitants of the residential towers that overlook the open view. Those who wish to go far are advised to ride bicycles.

In Uri Shetrit and Gerd Ullmanns proposal, the urban design is of central importance. Public spaces - streets, squares, alleys and courtyards - are the main players. The architectural design and the towers planted within it are of secondary importance.

At the center of Arcods complex stands man - but not necessarily the man of the street, rather those that reside in the comfortable buildings, equipped with advanced satellite technology and climate control, among trees and landscaped gardens. A cultural city in which people live in harmony, where the spiritual rules over the material.

As to be expected, Hagai Nagar’s student project was liberated, rebellious and free of any preconception. 'The city is an assembly of random elements that join a flexible infrastructure system. As a place with unlimited potential, eternally under construction and development, it should be free of any constraining dictates'.