Settlement Around The Dead Sea- Legacy Of Mixed Blessings 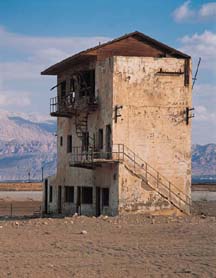 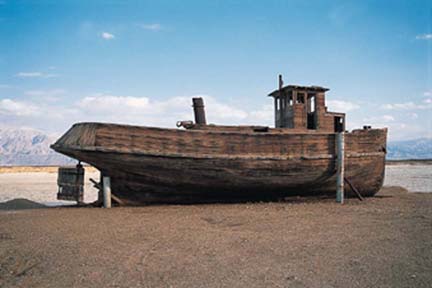 Settlement Around The Dead Sea

Most of the construction around the Dead Sea is related to the activities of the 'Potash Company'. Levinskys article 'Voyage to Eretz Israel', and later Herzls book 'Altneuland', reveal that the lowest place on Earth intrigued the early 19th century Zionist leaders. By the beginning of the 20th century, exploitation of the natural resources of the Dead Sea, and the Jordan River running into it, preoccupied entrepreneurs and investors, who appreciated their immense financial potential.

Two visionary engineers greatly influenced the development of Jewish Settlement in Israel: Pinchas Rosenberg, who utilized the altitude difference between the Sea of Galilee and the Jordan River, and Moshe Novomieskey, who gambled on the financial potential of minerals and salt. Rosenberg later established the Israel Electric Company, Novomieskey founded the Potash Company, which eventually became the Dead Sea Industries conglomerate.

Settlement in the northern Dead Sea

In 1930, the first potash factory was erected in the northern Dead Sea area, followed a year later by the first Jewish settlement near Ein-Jaher, to the west of the factory. It included four buildings of three storey apartment units. Close by was the Kaliya Hotel, based on the design by Zeev Rechter, built as a recreation site for settlement officials and occasional tourists. It was the pioneer of the many hotels centered on the therapeutic properties of the Dead Sea.

In 1939 Kibbutz Beit HaArava was established near the factory by a group of pioneers from the Machanot Olim movement, who were the first to experiment with agricultural soil-washing techniques. Their efforts failed and the kibbutz members, dependent on the infrastructure provided by the potash factory, survived by laboring in the factory. The first houses of the kibbutz were designed by Jerusalem architect Fritz Korenberg, their overhanging roofs providing precious shade. By 1942 the Potash Company was drawing up plans for the establishment of a communal settlement of 200 families, to be designed by Professor Alexander Klein of the Technion. Outbreak of the War of Independence meant that only thirteen of the two-family houses were constructed.

Settlement in the southern Dead Sea

A survey in 1933 showed that conditions on the southern side of the Dead Sea were more suitable for the production of salts and a decision was made to establish another branch of the Potash Company industries, at the foot of Sodom mountain. The founding team included a number of the companys administrators and engineers and pioneers from the United Kibbutz Association. The initial base of tents was later replaced by a three-storey building, used as a water tower, infirmary and weapons warehouse, and housing the administrative staff. The third floor served the army commander in charge of Sodom, Levy Spiegelman, who was later killed in an ambush at the entrance to Jerusalem. In time, additional residential buildings were erected - a new water tower, a culture center, the Union Federation, a social club, and a cinema hut, located at the entrance to a cool cave.

In 1936, the factory (camp 2) and a base for Arab laborers in the pool area (camp 3) were built. The War of Independence forced the closing of the Potash Company and the abandoning of the Sodom strip. The northern factory, Kibbutz Beit Haarava, and the Kaliya Hotel, remained on Jordanian land and were abandoned. The southern factory was closed because of its disconnection from the central area of the country.

After the war the infrastructure in Sodom was used to revive the Potash Company. Novomieskey, who was 75 at the time, found it difficult to return and raise capital, mainly because of government restrictions and a failure to accept that a national resource should be 'deposited in the hands of a private company under partially foreign ownership'.

In 1951, the government itself decided to establish a company to make use of the Dead Sea treasures. The Dead Sea Industries company purchased the estate of the Potash Company, but its operation became mired in bureaucracy. In 1955, Mordechai Maklef was appointed general manager of the company. He increased its efficiency and the company began to thrive and receive international recognition. Two years later, the Be’er Sheba to Dimona road was completed, which shortened the distance to Sodom and allowed for hiring of workers in Dimona, Yerucham and Mitzpe Ramon.

At this time, the local council of Tamar was established, and their offices (together with a youth hostel) were located close to the Sodom Cave. Because of these changes, the workers camp was deserted in 1955, and its desolate remains can be still be seen at the side of the Kaliya-Sodom road. Among the buildings are twelve rectangular huts, built following the War of Independence to replace the original tent camp. Nearby stands the tugboat 'Har-Nevoh' which towed the potash prior to the 1948 war. At the foot of the mountain opposite one can still see the cinema hut. A hundred meters to the south lies the 'colonels cave', used by Scottish engineer Colonel Stephens as a refuge from the scorching heat; in the years before air-conditioning, the workers enjoyed its coolness. During the war the cave was used as a shelter and an infirmary.

Today the site is being conserved and renovated as a museum of the Potash Company. The development of the potash industries has left its architectural legacy. But its activities are to a great degree responsible for the half-dry and shamelessly abused Dead Sea of today.