Something To Think About- Concept Factory 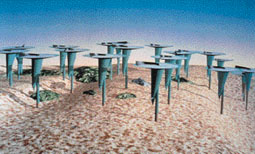 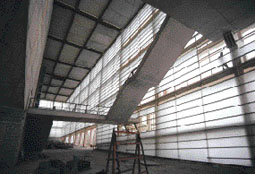 SOMETHING TO THINK ABOUT

In 1992, Paul Korzilius, Chairman of the Professional Practice Committee, AIA, proposed to institute a program of specializations in architecture, through courses and certificates to be awarded by the AIA. In support of his proposal, Korzilius claimed that all of the industries providing services to the construction market have already been classified by building types for some time and are, in fact, based on areas of specialization. The real estate market, which consumes more and more industrialized materials and services, must adapt itself to the new reality. If architects did not take the initiative, he claimed, it would be taken up by engineers, who are already inevitably classified by fields of specialization. In such a case, the status of architecture as a profession would decline, and it would lose its 'mastery' of the building.

Every architect has capabilities and talents of his or her own, and it is no secret that those with a vivid imagination often lack professional experience and vice versa. Only rarely does an architect succeed in both proposing a good idea and implementing it in detail. In this connection, specialization may give architects both a challenge and an opportunity (see reference to the Guggenheim Museum in this issue).

If, for example, we take a field close to architecture, such as graphic arts, we will see that it already embodies clear areas of specialization: concept specialists, graphic designers, and implementation specialists. Architects, too, may be classified as especially capable in concept, design, or implementation, especially when types of buildings, such as hospitals, libraries, museums or shopping malls, require specialization resulted from rich experience.

Today, with the worlds schools of architecture turning out vast numbers of bright young architects, it would be worthwhile to check out the option of specialization even in the curriculum.

Architecture is a very broad field of activity, which actually touches on every possible aspect of life. Imposing unlimited responsibility on the architect and at the same time giving him or her unlimited power simply does not make sense. It is difficult to think of any other parallel professional field which is not already divided into specialist fields. Medicine, engineering, chemistry, and law are all based on specialization, although there is a certain degree of looseness to some of the interdisciplinary boundaries.

The question is: how is it possible to take a field which requires specialization in so many aspects and split it into sub-fields? One of the conceivable possibilities is based on dividing the profession into areas of responsibility. The 'concept specialists' would be architects in charge of formulating the architectural concept on the basis of the programme while analyzing the details of the site, the customers aspirations and the relevant cumulative experience. Naturally, they would have to be updated in the professional literature, actively involved in research, and conversant in the philosophical aspects of architecture. Their main activity would concern the translation of abstract ideas into physical reality.

The 'designers' would specialize in the aesthetic aspects of the building and its details. Their role would function on reinforcing the connection between the building and its environment, between interior and exterior, and between technical aspects and the customers taste. They would give spatial significance to spaces and enrich them through the use of materials, colors, and forms.

The 'implementation specialists' would be in charge of the detailed plans of the building and the management of its construction. Their role would reflect their familiarity with standards, relevant technology and ergometric. Their professional activity would be based on drawing conclusions from personal practical experience and from the general state of the art with regard to construction, or even concerning a narrower field of the specific building type. Accordingly, this type of architect would be the focal point of the specialization system.

The most significant problem with the specialization method involves the historical definition of the profession. An architect, like an archbishop in the Church hierarchy, is the supreme authority in construction. Under him or her work all the other professionals, including the consultants. If the option of specialization is implemented, some vagueness may arise as to the identity of the 'father of the building'. One option is to create a situation whereby the certificate of specialization does not detract from the value of the 'omnipotent' architect, but adds capabilities which do not exist today.

This line could also be adopted by the schools of architecture, which in any event suffer from a lack of clarity regarding 'what should be taught'. The courses of study now prevalent in such schools are evaluated, not according to their ability to prepare the students for the profession of architecture, but according to the amount of 'hot air' they manage to pump into their students brains. Assuming that the specialization option is adopted, each school will be able to focus on the specialties which will make it unique and will give the various schools relative advantages among which the students can choose.