In Architecture As In Art Spontanioty Preffered 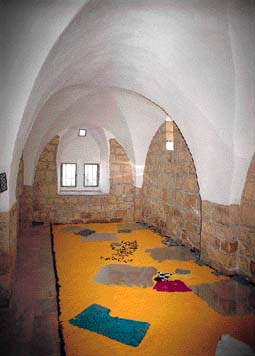 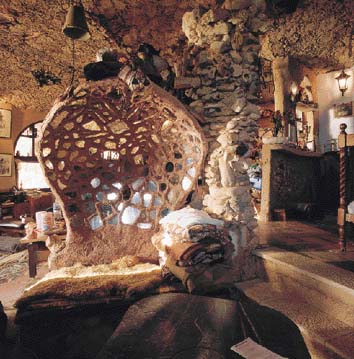 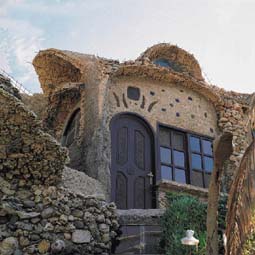 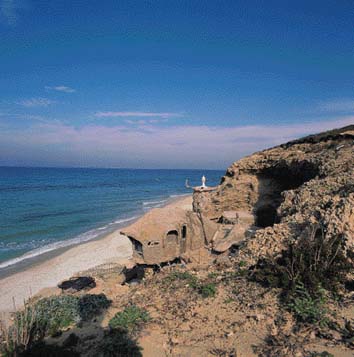 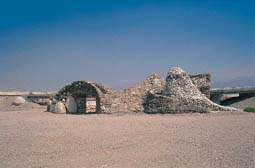 IN ARCHITECTURE AS IN ART

Most anthropologists find it hard to function in their natural environment, preferring to conduct their research as far as possible from their own roots. The customary 'excuse' is that primitive societies, which developed in remote places, present earlier stages of the culturalization process and thus enable the researcher to learn about them as an outside observer. The structural anthropologists of the 1960s (such as Levi-Strauss) carried this trend a step farther, viewing ' primitive' architecture as a concrete indicator which can be used to draw easily decipherable anthropological conclusions.

Ironically, from the standpoint of architecture, this social component actually works counter to the anthropological assumption which holds that the distance from civilization is in direct proportion to the stage of social evolution. This is because well-rooted, 'primitive' architecture generally reflects social content in a more precise manner, using available technologies for the natural and correct exploitation of building materials.

The importance of the spontaneous component in architecture, as in art, ('Architecture Without Architects') has already been widely discussed, both as a motivating force which activates the imagination in the creative process of architects, and as a tool reflecting the desires of the user. In fact, even the greatest rationalists consider 'environment-responsive' architecture as something to be esteemed.

The best proof that spontaneous drive achieves good results is the theory of evolution, in which the motivating force is that of 'random mutation'. Actually, most theories which have attempted to deal with the principles behind the evolution of living beings speak of random events. The most widely accepted approach today is the Theory of Spontaneous Generation, developed in the 18th century by Francesco Redi and updated in the 19th century following the discoveries of Louis Pasteur. Although there is no proof of the generation of life from non-living matter, many scientists still believe that the first signs of life appeared in the oceans about 15 billion years ago, as a result of a random chemical reaction in organic tissues and the effect of solar radiation.

The value of spontaneous thinking has also been recognized in geography. Patrick Hayes, seeking new ways of collecting information on space, based his model of ' naive geography' on human intuition and its spontaneous response to space. Hayes, who coined the phrase 'naive geography' in 1978, illustrated the connection between space and time by citing the manner in which the first units of measurement - based, in fact, on human capacity - came into being. The English acre, the German morgen and the French arpente describe in turn the amount of land that man,      assisted by an animal, can plow in one day, the distance a man can walk in an hour, and the distance a military unit can march in a day.

The first is the home - now almost part of the Establishment - of fisherman Nissim Kahalon on the Seidna Ali beach. As a young man, Nissim, who grew up in the Neve Amal neighborhood of Herzliya, was an impoverished amateur fisherman. Time was not a factor in his planning; nor, due to his lack of economic resources, did he have any restrictive budgetary framework. He was guided by an immediate need to live near his workplace and a set of cumulative needs which resulted from the growth of his family and the consequent multiplication of the domestic animals he kept: goats to give milk for the baby, chickens to ensure an ongoing supply of eggs, and geese both to guard the premises and for their beauty.

As time went on, and because the      complex was located on a much frequented stretch of a public beach, the number of visitors grew; the place was soon full of curious passersby and others who came to give useful advice. When the pleasure of hospitality became a real burden, Nissim started charging for the steaming coffee, hummus and pita bread. With only basic understanding of building technology and no obligation to any rules whatsoever, Nissim Kahalon has succeeded in expressing his artistic desires and has, over the course of 27 years, created an exceptional ecological complex. There is no great 'architectural message' here, in the accepted sense of the word. However, the very absence of any conscious rational influences has made it perhaps Israels most prominent example of spontaneous integration into the surrounding landscape, while making natural use of the available materials - sandstone, flotsam and jetsam.

The second example is the house purchased by artist Moshe Amiga in the heart of the Arab village of Abu Ghosh. Amiga is not a graduate of the Faculty of Architecture, but his assimilation into the Arab house he bought and renovated, with its traditional social aspects, is interesting. His spontaneous response to the romantic environment has created an interesting cross between a complex environment of spaces charged with social significance and his own personal and artistic needs.

The Arab house, which had developed over the course of a century in accordance with the needs of its former owners, was converted - almost entirely on the basis of pure instinct - into a modern set of rooms. The personal aspect - a basic component of organic architecture - is expressed in the do-it-yourself style, with a multiplicity of random architectural mutations.      Admittedly, some of the latter could be viewed as gross errors in construction, but that, perhaps, is the source of their charm. The Arab concept of two living rooms, one 'baladi' (informal) and the other 'franji' (formal), lives on in the modern home: the 'baladi' room became a western family room, while the 'franji' room is used for hosting guests. In contrast to Arab tradition, which prefers to shield the woman preparing coffee from the eyes of visitors, the kitchen now opens uninterruptedly into the 'franji' living room. The motif of 'stairs without a banister' has been preserved and even accentuated in the new, utterly conventional staircase; the 'seatless' lavatory has been reconstructed according to its original definition. Whether all these will withstand the test of natural selection remains to be seen.

What did not survive the tests of nature are the several segments of the Arava Road, which crossed wadis - creekbeds dry throughout the summer months which fill suddenly with winter rains. The sites in question are washed out every winter; lately, the Public Works Commission has replaced some of these with modern bridges. With all due respect to this feat of engineering (though it is a pity that they have only one lane), the bridges are notable for their insensitivity to the surrounding landscape. By way of compensation, sculptor Orna Ran (no relation to the editor) has been commissioned to ameliorate the results with an environmental sculpture. The sculpture, 'Reclining Woman', is made of desert stone - pebbles from the Nahal Zin creekbed, dolomite rock and flint from the central plain, and a few colorful stones typical of the Arad area. The sculptors response to the stimuli of the environment expresses 'the light-colored sand hills, leaning up against the dolomite cliffs, like the undulations of the viper... like the end of the agama lizards tail... like a woman reclining silently on the sand.' Visitors are invited to sit on a stone left 'at random' to the east of the statue and gaze at the recumbent woman through the arch of her leg. A winding staircase leads to an observation point at the top of her head, with a view of the Arava landscape at the foot of the Mountains of Edom.