A Personal Scale Colloquy with Nahum Melzer and Guy Igra 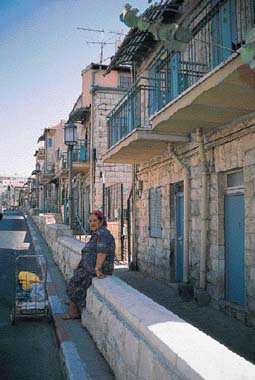 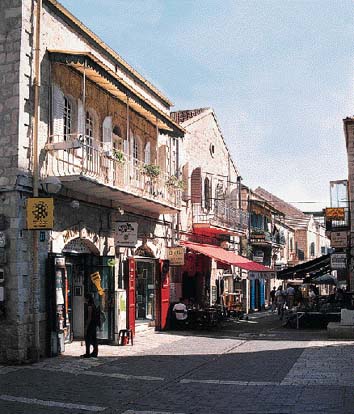 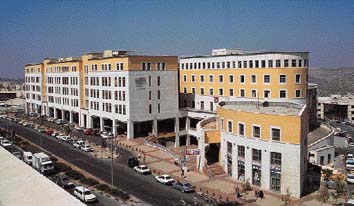 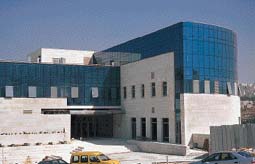 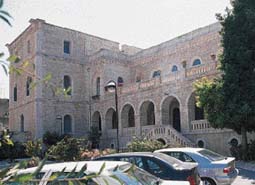 A PERSONAL SCALE COLLOQUY WITH NAHUM MELZER AND GUY IGRA

Architect Nahum Melzer was born in Tel Aviv in 1945. He graduated the Technion in 1970 and then practiced as an employee at the offices of D. A. Brutzkus and D. Haruvi in Jerusalem and London. In 1977 he established an office of his own.

Architect Guy Igra was born in Haifa in 1957. He graduated the Technion in 1985 and begun to work at Nahum Melzers office. in 1987 they became partners and established the Melzer-Igra office

Ami Ran: In contrast to engineering design, which can also be done by computer software, architecture is a process which takes place entirely in the architects mind. How can two architects with completely different mindsets and experiences come together to design a joint project? How do you divide the work in the office?

Nahum Melzer: We try to do most of the work ourselves - perhaps because we dont know any other way of doing things. We have discussions, reach a consensus, and at a certain stage, one of us 'takes command' and manages the project until its complete.

Guy Igra: We dont have a predetermined approach. It just happens.

Ami: Then your office has no house style'?

Guy: Not really. If there is, its reflected in a strong feeling for materials. We take seriously the materials we use to build with. There are arguments between us, but this may be the reason that theres no stagnation, in our approach to style as well.

Ami: I do actually perceive a consistent line, expressed in terms of whats thought of in a saccharin cliche - a human scale'.

Nahum: Maybe it stems from a certain delicacy which weve developed with regard to the environment and the situation. We dont plan on the basis of a preconception of how the buildings going to look. The exterior design usually takes shape over a period of time, as the planning proceeds.

Guy: In most cases, the situation determines the way the project is handled. Our tendency is to deal with volumes on the level of content, and only then to approach the subject of design - on the assumption that it will all work out in the end.

Ami: In the Ratisbonne project, which was originally a monastery and was converted to a university institute, do the interior spaces affect the design of the structure?

Nahum: Ratisbonne is a large building about 120 years old (a huge monastery, 6,000 sq.m. in area, in downtown Jerusalem). Its a vast, simple and beautiful container, which can house various activities. For five years we worked on converting the building. The challenge was to change the original building as little as possible.

Ami: Five years of conservation work are enough to turn you into 'born conservatives'. What about innovativeness...

Guy: Most of the arguments between us begin when one of us gets stuck on 'how it should look'. One of the things that we do try to do (and maybe this is what stayed with us from our conservation work) is to respond to an existing situation. And Im also talking about the mistakes made during the implementation process.

Ami: What jobs are you proud of?

Nahum: Im proud of the commercial building on Kanfey Nesharim Street. I think we succeeded in planning a modern office building while still keeping an affinity to architectural traditions from the turn of the century, before the appearance of the international style. This is expressed in terms of combinations between relatively free division of volumes and the order of the facade, the proportions of the openings and the precise finish of details.

Ami: Notwithstanding the obvious spirit of company pride, I think there are substantial differences in your approaches. Nahum is a rationalist and Guy is an organicist. Does this statement upset either of you?

Guy: I believe in non-recurrence. Although theres always some common core element, the outward expression should differ from work to work. I cant accept the idea that two projects could have the same expression.

Ami: Non-recurrence is especially obvious in your renewal projects. Obviously, in your renewal of Bezalel Street, you stipulated a unifying design code and let the human variants have their say. Does this happen in other projects, too?

Nahum: In both Nahalat Shiva and Bezalel Street, the architectural product is the result of the human story taking place in the background. With a bit of literary talent, projects like these could end up in a book: real and imaginary dilemmas, arguments, reconciliations and solutions... The design code is born of the place itself; the variants are the result of handling various points of friction in the course of planning and construction.

Ami: Both of you are also active as teachers. What truths do you pass on to your students? Where are you headed?

Nahum: When I taught, I always fought against declarations - by teachers and students alike - and therefore its hard for me to end this colloquy with any startling declaration. But I will dare to say that the way to create good architecture is to stay close to architectural tradition and to see yourself as part of it. You dont need to reinvent the wheel with every new building. The question 'Where are you going?' is linked to the question 'Where are you coming from?' In my early years as an architect, I worked for David Anatol Brutzkus and was greatly influenced by his personality and his work.

Guy: I was affected by Nahum, who was my teacher to a certain degree. Im in favor of an open approach. In order to connect to any reality, you have to absorb as many details of that reality as possible, and thats true on any scale. True, you dont have to reinvent the wheel, but you do have to innovate, and thats what we try to do in each project - almost obsessively at times - even if this doesnt come across in the small technical details, but mainly in the overall concept of the plan.